Persona 3: Dancing in the Moonlight review – SEES has a strong showing

I’m sad the evoker doesn’t show up though… 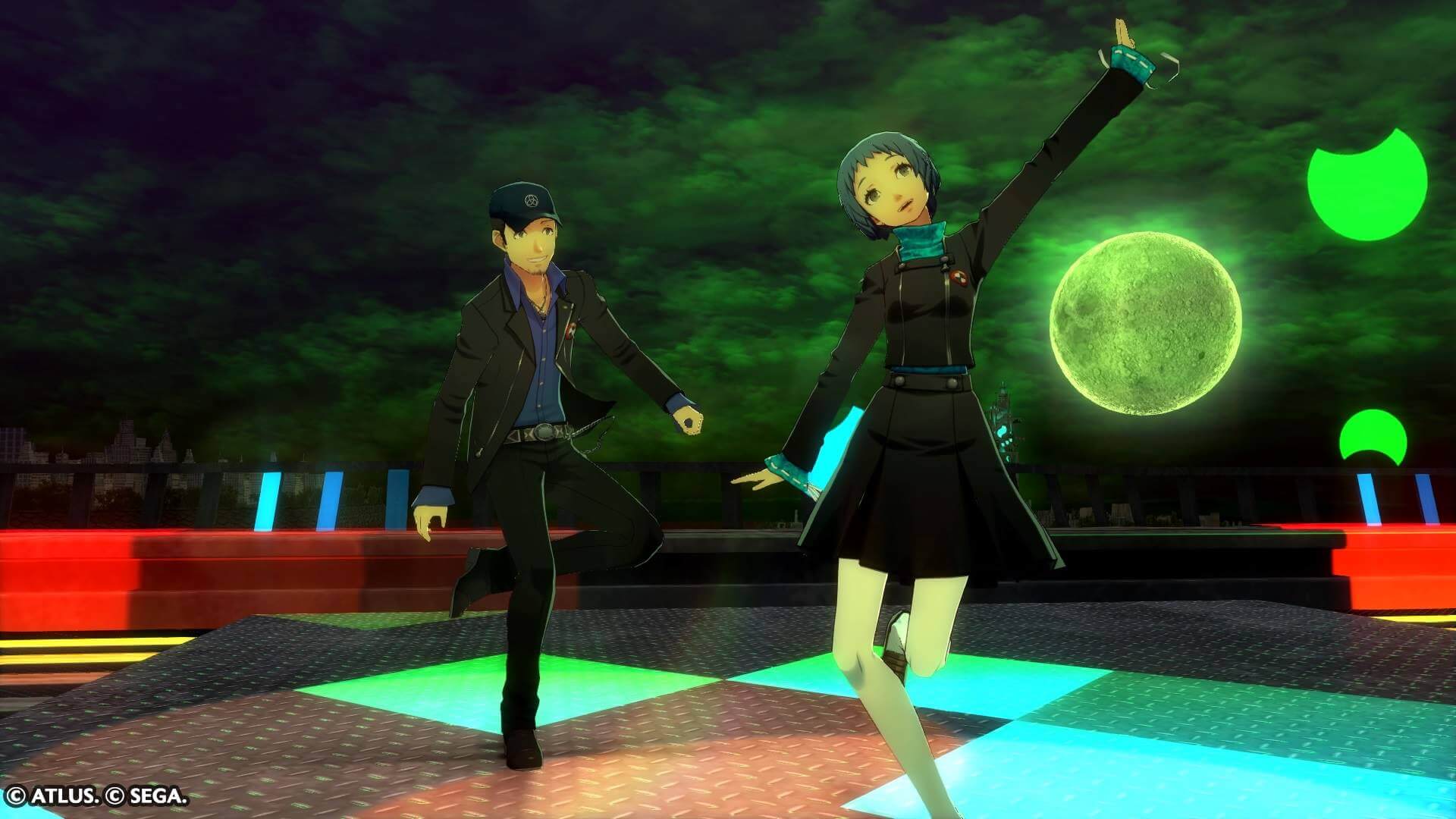 Image: Josh Knowles / KnowTechie
The Good
Maybe it is silly but I like that they actually have decent dance moves
I forgot how great this soundtrack is, the remixes make them even more hype
This is a really pretty game
The Bad
The color pallet sometimes interferes with gameplay
The story isn't as fun as Persona 5's as this one takes place in the middle of the game
8
Overall

The first encounter I have ever had with Persona was with Persona 3. I didn’t actually beat the game until much later at launch and was pretty shocked at how dark the story was. Turns out that is par for the course when we are talking about Persona.

When Persona 4 Arena came out, I got to see grown-up versions of those characters that survived the story and it was cool to see their story continue. Now, with the introduction of Persona 3: Dancing in the Moonlight, we have a little more story to fill in the gaps before the conclusion of Persona 3.

Persona 3: Dancing in the Moonlight review 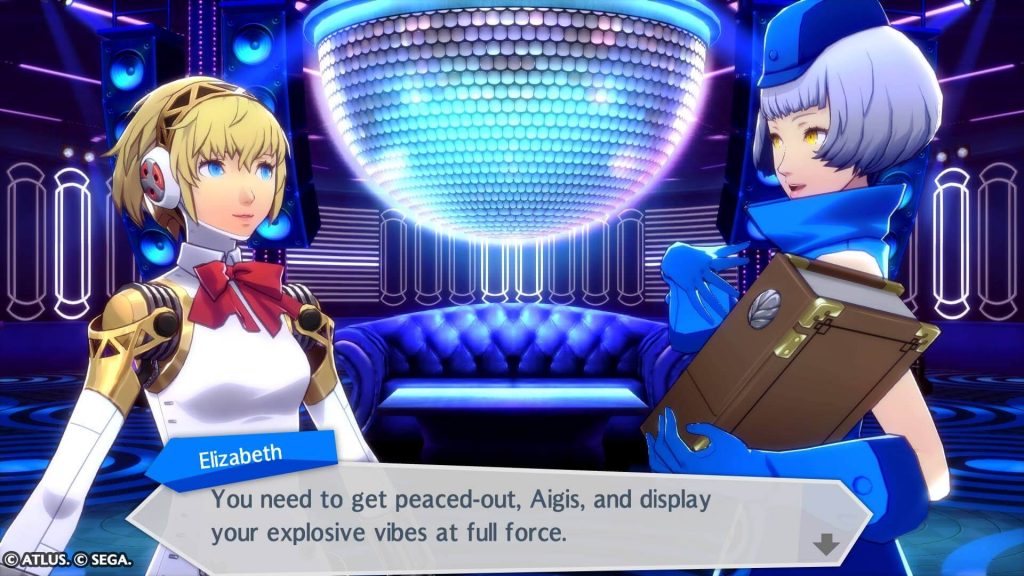 The SEES team is summoned to the Velvet Club to dance the night away. While this is a silly reason to round up kids that spend a majority of their time trying to stop the world from becoming an eternal hellscape, the team seems to be pretty excited to take this much-needed break.

Of course, in between dancing their hearts out, they get some time to reflect on their journey and battles so far and talk about their hopes and futures. If you played the game, some conversations are a bit sad and foreshadow tragedy. Of course, as with all the Persona dancing games, the story for the game can be unlocked as your progress and costumes can be won. This is important as the game really needs some sort of progression outside of unlocking stuff.

The rhythm part is actually fun

Now Persona 3: Dancing in the Moonlight as a stand-alone rhythm game is actually surprisingly enjoyable. Coming out alongside Persona 5: Dancing in the Starlight, Persona 3’s pseudo-hip-hop and electronic-themed soundtrack sound at home with hitting corresponding buttons to sick beats.

In fact, there’s a lot to like about the nature of Persona 3: Dancing in the Moonlight as a pure rhythm game but unlike Persona 5, there are still a few hangups that ultimately become more than hindrances as you play. 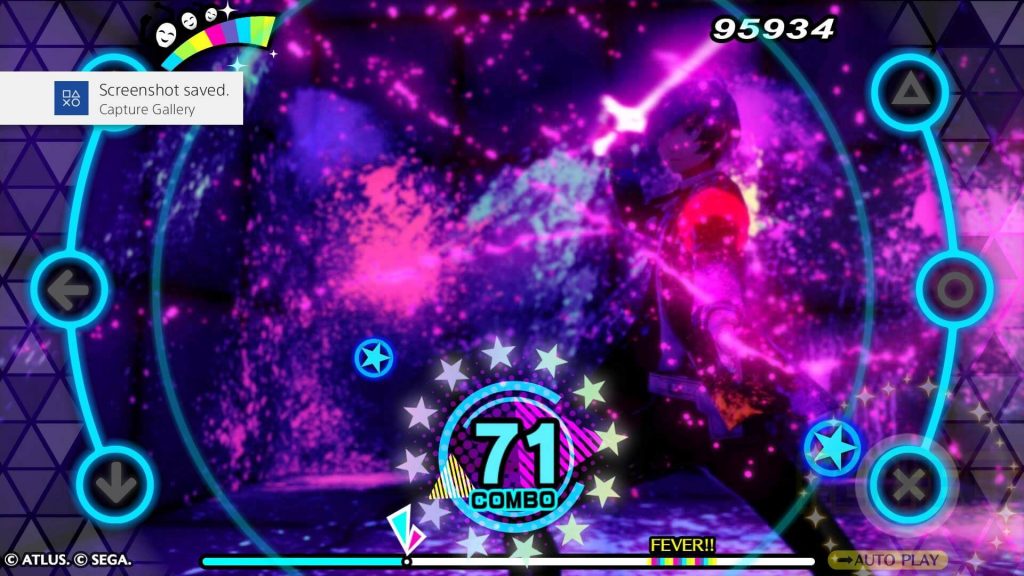 As all Persona games do, Persona 3: DitM has a very unique color scheme. While pretty enthralling when you sit back and watch, the neon and bright colors of the title ultimately start to make it quite hard to track the next buttons you need to hit. In a few songs, I found my eyes rapidly darting around and only finding the button I needed at the last second. This created a less-enjoyable experience for me and even though I enjoyed the presentation overall, it was way too stressful.

The game is gorgeous

On the other side of things, this game is absolutely gorgeous in comparison to the source material. Seeing familiar locations from the first game brought to life with sick HD reimagining is awesome. On top of that, the stylization of the art is so much more in your face than in the Persona 5 version.

Perhaps, however, the thing I liked the most about actually watching Persona 3: Dancing in the Moonlight was that the characters actually dance like they are at some sort of club or something. Unlike Persona 5’s dancing, where everyone mostly looks like they are trying the whole interpretive dance thing, SEES is up in here with the pop & lock as well as some good old Micheal Jackson moves. They really get into it and the game is better for it. 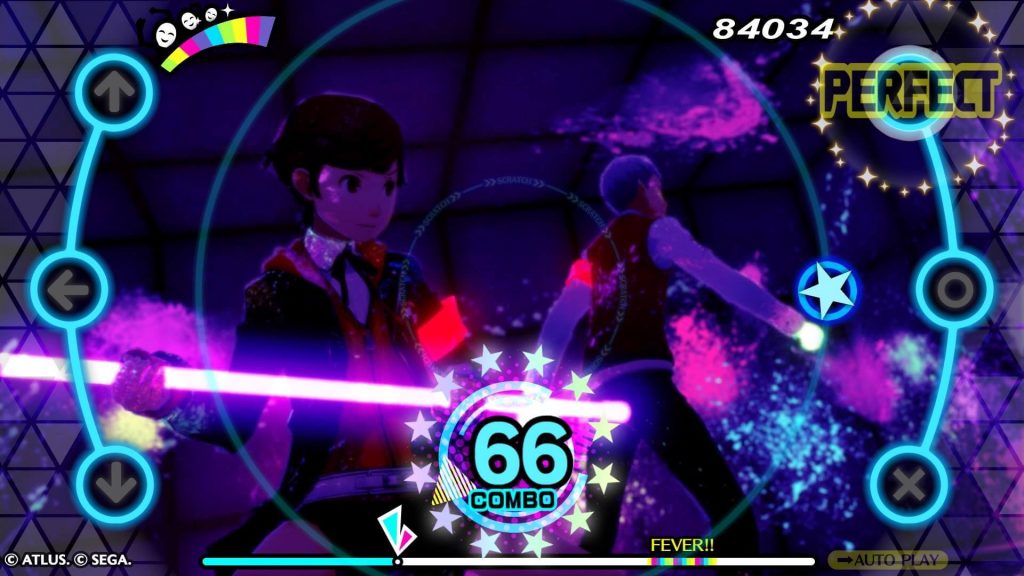 All in all, if you are going to get Persona 5: Dancing in the Starlight, you might as well pick up the dual pack that includes Persona 3: Dancing in the Moonlight as well. They are well worth the cost of admission and also include Persona 4: Dancing All Night, which is a less superior graphical experience but features solid gameplay.

Don’t sleep on these games if you enjoy a good rhythm experience and check out the Persona 5 review if you want some more of my thoughts on the overall gameplay.

Persona 3: Dancing in the Moonlight is available December 4 on PlayStation 4.

Editor’s Note: A sample unit was provided for the purpose of this review.

The Good
Maybe it is silly but I like that they actually have decent dance moves
I forgot how great this soundtrack is, the remixes make them even more hype
This is a really pretty game
The Bad
The color pallet sometimes interferes with gameplay
The story isn't as fun as Persona 5's as this one takes place in the middle of the game
8
Overall