The little nut is actually a Mythical Pokémon.

There I was, minding my own business during a recent community day in Pokémon Go, just catching some Chikorita, when, as the event came to a close, a mysterious Pokémon started popping up on everyone’s game.

“What a strange glitch,” rang through the park, many people assuming developer Niantic had once again botched something and that this was simply a strange placeholder for something yet to come. When you would catch this Pokémon, simply called “???,” you would be greeted by a Ditto. Surely, a bug.

Well, we all have egg on our face, as it now is apparent this Pokémon is part of something yet to come and will involve the upcoming Pokémon: Let’s Go titles that release on Nintendo Switch later this year. Not only is this an undiscovered (until now) Pokémon, but it is also a Mythical Pokémon, named Meltan.

So what’s up with Meltan? 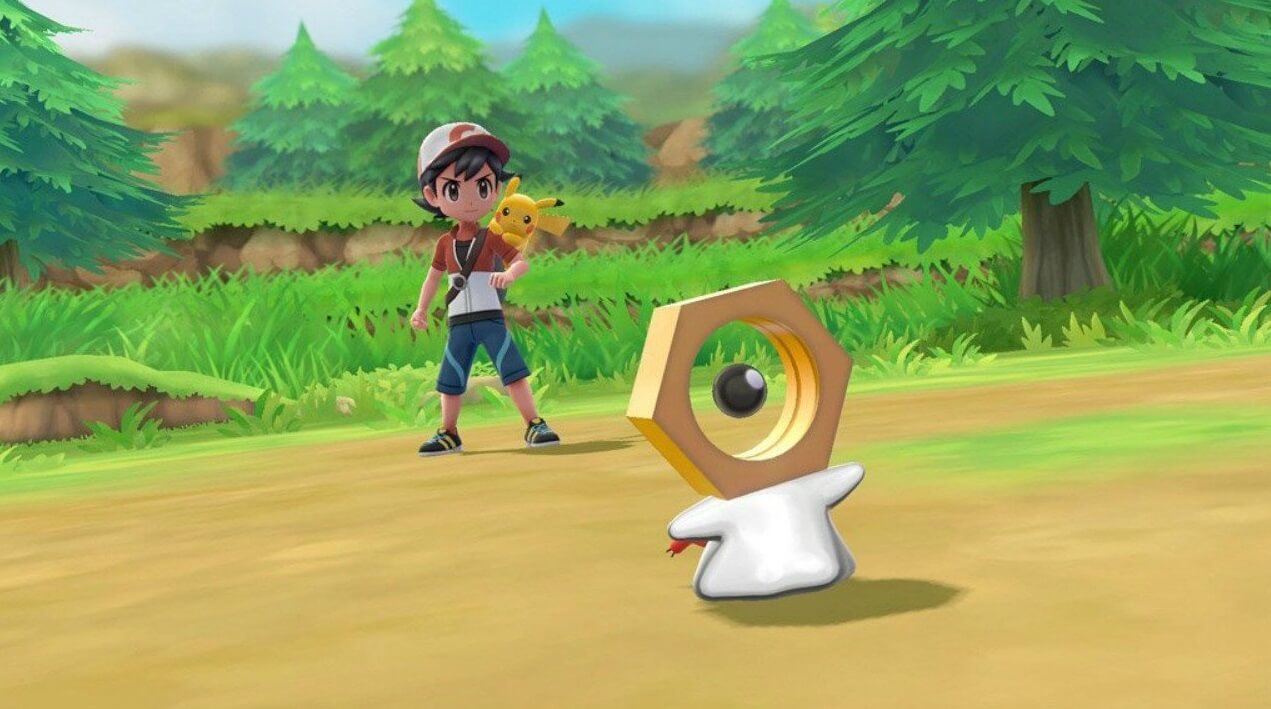 We also know a bit more about this new ‘Mon, thanks to an updated listing on the Let’s Go website. Coming in at only 8″ tall, this thicc boi weighs in at 18lbs, which we can only assume is possible due to its Steel-type categorization.

Meltan generates its power (electricity) by “using the metal it absorbs from outside sources. It uses this electricity as an energy source and also as an attack that can be fired from its eye.”

Everyone is still trying to figure out details, but from that same post, we know that research in Pokémon Go will be a key to finding the new Pokémon once Let’s Go, Pikachu and Let’s Go, Eevee release on November 16, 2018.

It’s great seeing Niantic and Nintendo working together to provide great in-game experiences across Pokémon Go, and soon, the Let’s Go titles, as well. Fingers crossed they can keep this same hype up through the holiday season.

Did you encounter Meltan during Community Day? Let us know in the comments!