Who said wireless is bad? 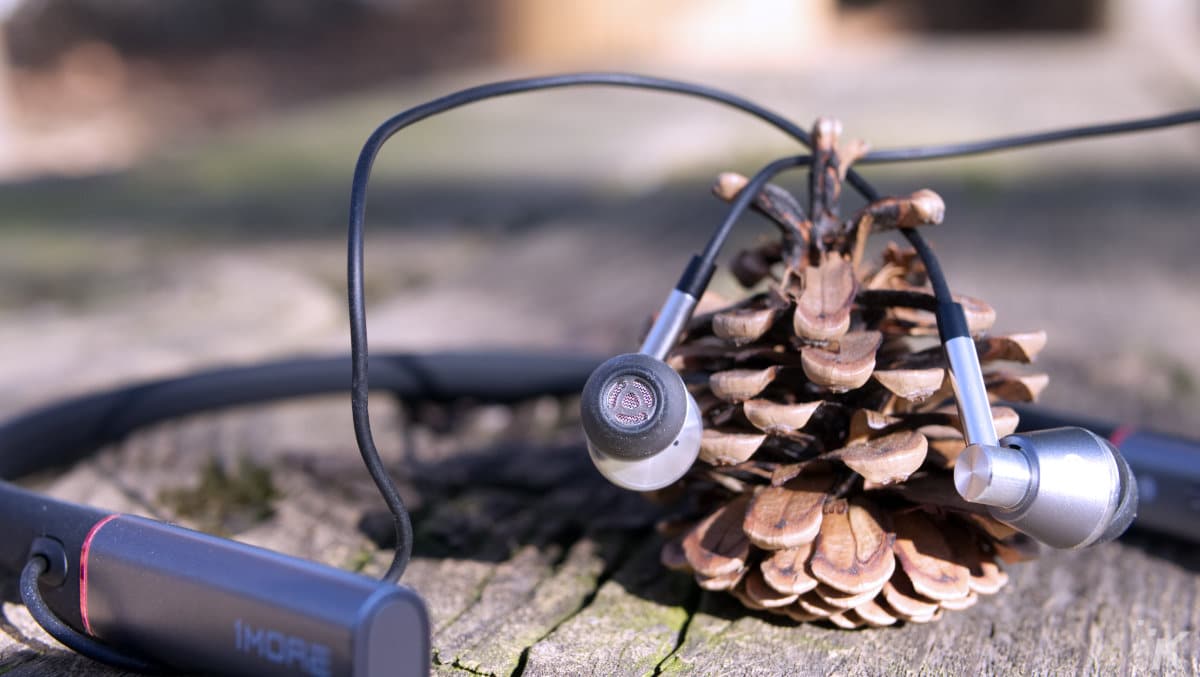 1More has yet to make a name for themselves in the U.S., but with a fantastic lineup that includes the Quad-driver IEMs and Triple-driver Over-ears that we looked at earlier this year, it’s only a matter of time.

All the headsets we’ve looked at so far were wired, so this set of triple-driver IEMs with Bluetooth is a bit of a departure. 1More basically took their award-winning triple-driver housings and put them on a Bluetooth neckband.

I was really looking forward to getting my hands on this set, to see how (if at all) removing the wires changes things for the sound.

What’s in the box? 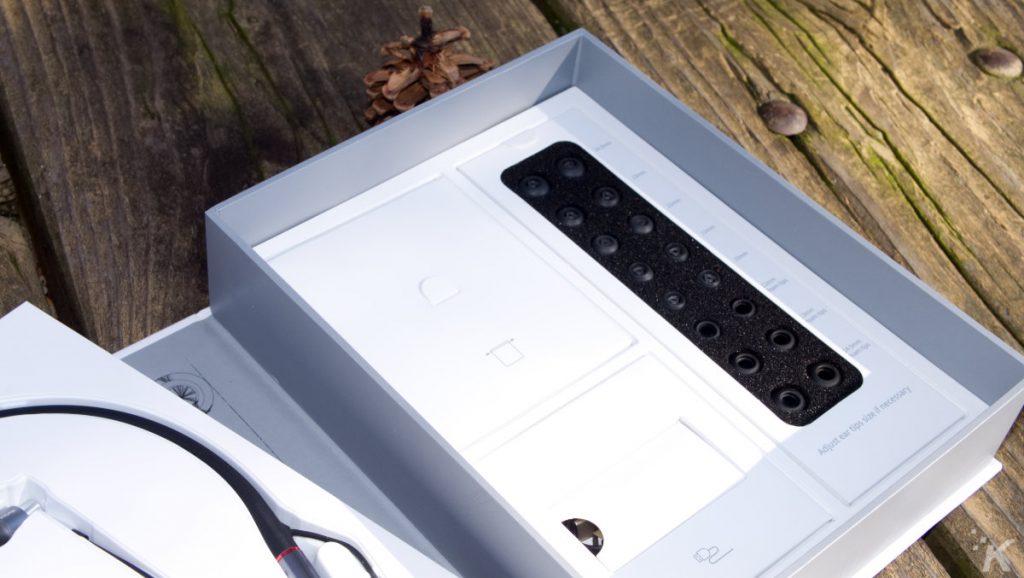 Okay, first off there’s an imperial ton of accessories here. Six sets of transparent silicon ear tips in different sizes, and three sets of rounded foam ones for those who prefer those. There’s also a PVC-ish carrying bag, although I feel you’ll either be listening to them or they’ll be charging so the bag won’t get used.

Rounding up the accessories is a ribbon-style USB-A to C cable. Note that the charging port for the headset won’t charge on a USB-C to C cable. This is slightly disappointing on a premium product, although it seems to be the industry norm for headphones that have batteries. I’d like to see the correct circuitry inside so USB-C to C can be used to charge the headset without sending too much current through them.

The headset itself feels pretty premium for the most part. It uses the same all-metal housings and dynamic driver/two balanced armature setup that the wired version has. The neckband is flexible rubber, with metal memory wire inside it so it won’t deform even when tied into a knot.

The ends of the neckband are made of plastic, probably due to wanting the best signal strength for the Bluetooth module. All the controls are on the left side, as is the charging port and mic.

There are the usual controls, power/pairing, volume, and multifunction play/pause/skip button. All of these are easy to reach and find without looking and feel solid when pressed.

So how do they sound? 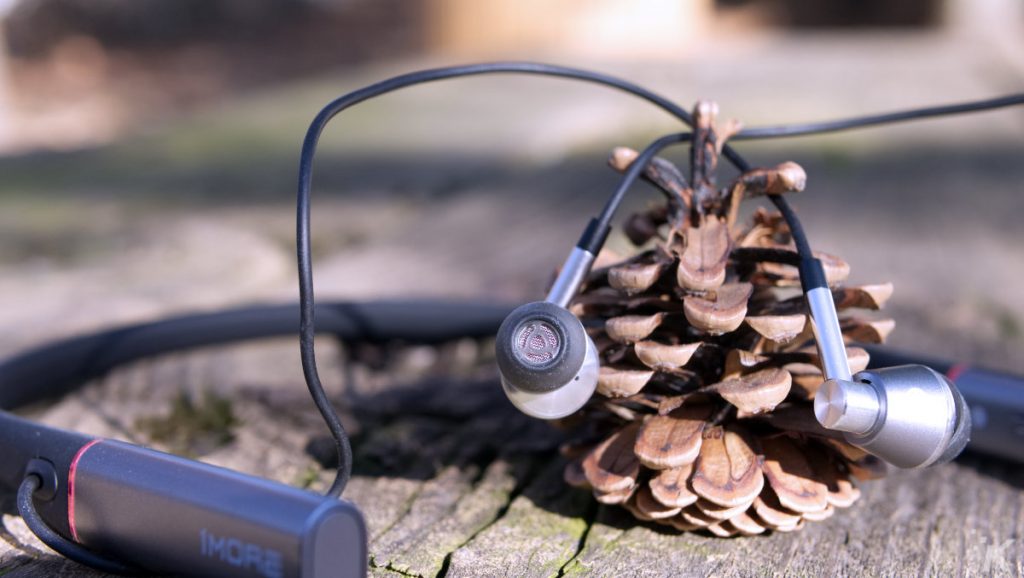 The triple-driver setup is tweaked to perfection to accurately reproduce sound at every frequency band. Bass is warm, enveloping without muddying the clear mids. Highs are crisp, clear, without being sibilant or fatiguing, so the headset can be used for extended time periods easily. I’ve been using them for my entire workday for the last two weeks, only pausing when I have to recharge the battery.

The sound is almost better than the quad-drivers I reviewed earlier this year, without the minor issues that set had.

One tip – download the 1More Assistant from your phone’s app store. Connect the headset and wait a few minutes, it should prompt you to download an update for the firmware. It’s highly recommended.
If you’re using them with a high-quality source, and either AAC if on iOS, and LDAC on a compatible Android headset – you won’t miss the wires at all. Oh, and the mic is pretty clear for voice calls.

With stellar sound and a battery life of 7 hours or so, the 1More Triple-driver Bluetooth IEMs surpassed our expectations. I listen to a lot of Bluetooth headsets, and this is easily one of the best I’ve sampled. At the usual price of $199, they’re a fairly good entry to higher quality IEMs. At the current $99 sale price – they’re a steal.

The Good
The Bad
Related Topics1MOREReviewstech