Protect your console at home and on-the-go. 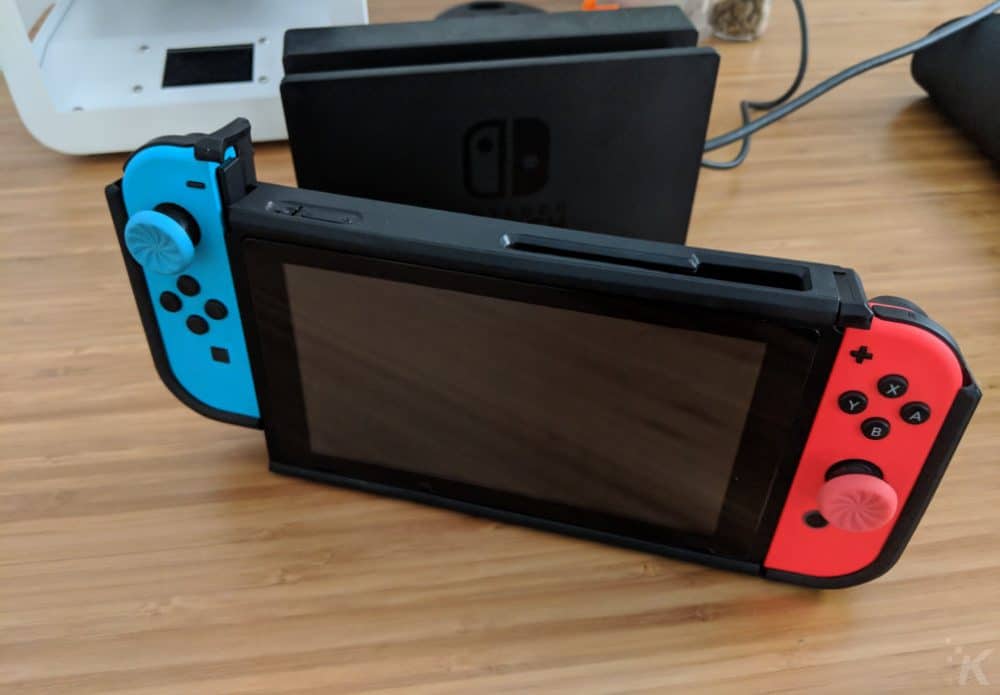 Image: Joe Rice-Jones / KnowTechie
The Good
Can remove the Joycons without taking the case off
Good kickstands
The added grip is great
The Bad
Small amount of flex in the Joycon portions of the case
8.8
Overall

It’s no secret that the Nintendo Switch has sold like hotcakes since its release. Now that first-party games are coming through, and helped by the constant stream of indie titles, it’s only going to get better. The versatility of the console goes without saying, but what about the accessories?

Your expensive console is pretty fragile if you think about it. That big touchscreen, the way the Joy-Cons fit onto them, it’s a recipe for disaster if you’re unlucky to drop it onto the tiles. All of the protective cases on the market do a good job of protecting the console, but there’s a cost. The versatility gets axed as soon as you have to take the case off to remove the Joy-Cons when you want to trounce your family in Mario Party.

That is – all the cases until now. New startup Aixmeet has the answer – with their Ultimate Nintendo Switch Detachable Case.

The case itself is a fairly hefty high-grade TPU shell, and it’s super simple to attach to the console. Just push the right parts of your Switch into their corresponding parts of the Aixmeet case. There are even buttons to let you unlock the Joycons docking so you can remove them from the tablet portion without removal of the case.

If you need to use the dock, you can just pop the tablet portion off in a couple of seconds. And don’t worry about overheating, with all the vents having corresponding holes in the case it doesn’t get any warmer than using it without it on. All of the ports have easy access, even the slightly large game cartridge slot.

More about the Aixmeet case

The Joy-Con portions have an extra sculpted back to add grip, something I found very handy as the thin Switch often gives me difficulty holding for long periods. There’s a dual kickstand which is a simple affair but somehow manages to be more functional than the inbuilt one on the back of the Switch.

There is a small amount of flex on the outside of the Joy-Con portions of the case, most likely because of the gap to let you use the shoulder buttons. This isn’t really an issue in use, although it might be an irritant to some. 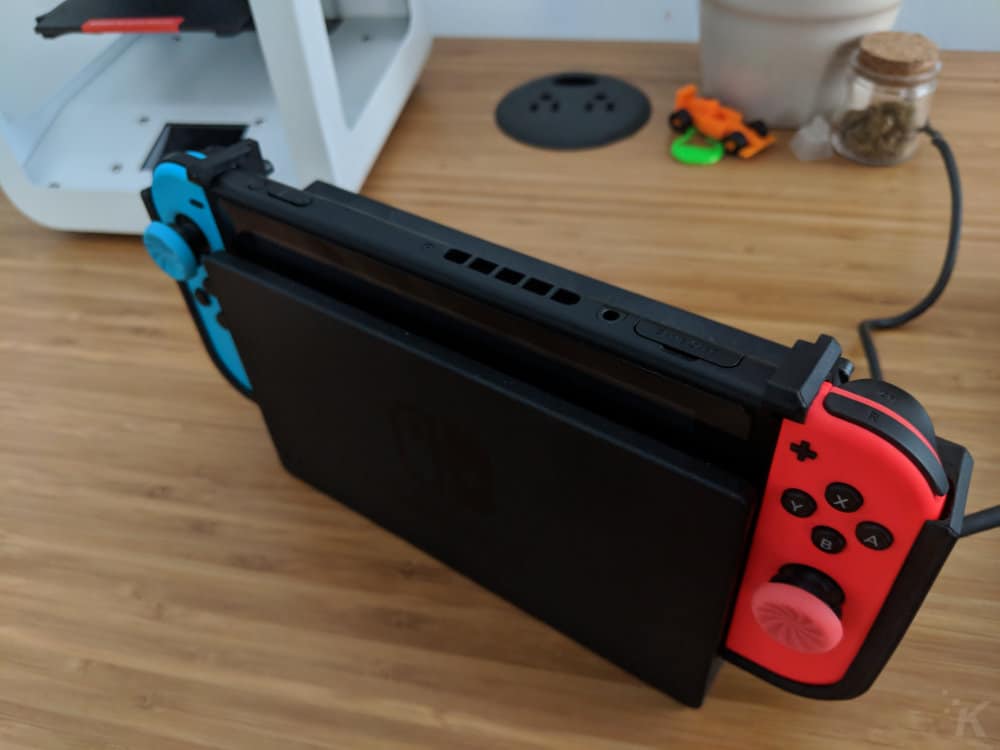 Overall the case is great, and a worthy accessory to protect your Nintendo Switch alongside a screen protector and maybe some joystick grips.

If you like the idea of protecting your Nintendo Switch, without having to remove the case to undock the Joycons – head on over to the Indiegogo campaign which has a couple of days left to run. The case is $26 in either Black, Blue or Red.

We’d be remiss if we didn’t mention that all crowdfunding campaigns have an inherent risk, but with a working product out in the wild already it’s about as good a guarantee as you’ll get.

The Good
Can remove the Joycons without taking the case off
Good kickstands
The added grip is great
The Bad
Small amount of flex in the Joycon portions of the case
8.8
Overall
Related TopicsAixmeetGadgetsGameTechieIndiegogoNintendo Switchprotective caseReviewstech