If you’re klutz who constantly drops their phone and runs out of battery on a daily basis, here’s a $18 solution. 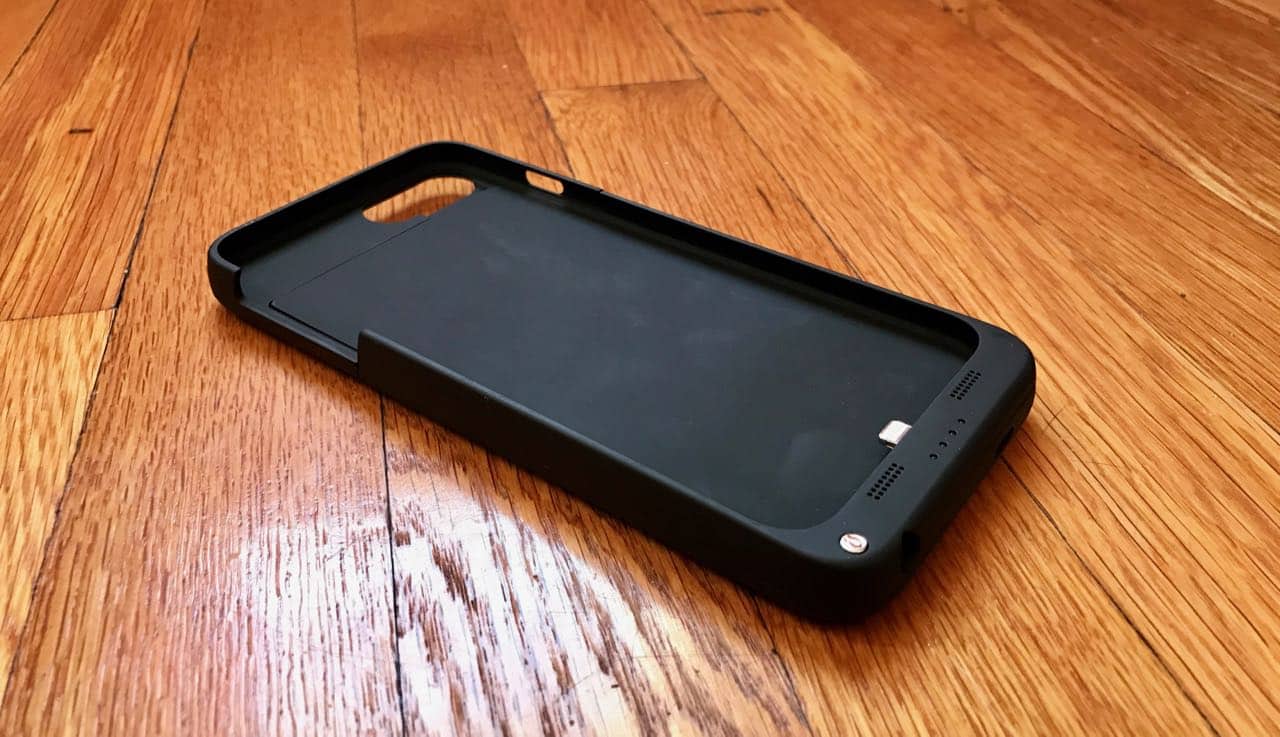 When it comes to getting your smartphone charged, there are a wealth of options to choose from. Whether you’re plugging in directly to a wall, laptop, or using a portable battery back – there’s always a solution. But now, all the rage is in cases with built-in battery packs. In fact, they’re gaining so much momentum, even Apple decided to push one out.

Luckily, iPhone users are not limited to Apple’s offering, which costs somewhere in the wheelhouse of $99. Luckily, there’s ton of more affordable options.

Today, we’re checking out this $18 option from Savfy. In a nutshell, this is a 4800 mAh portable battery wrapped in a bulky protective case that’s capable of keeping your iPhone completely charged all day. Was it all that was promised? Yup, you betcha, however, there’s are some notable cons. 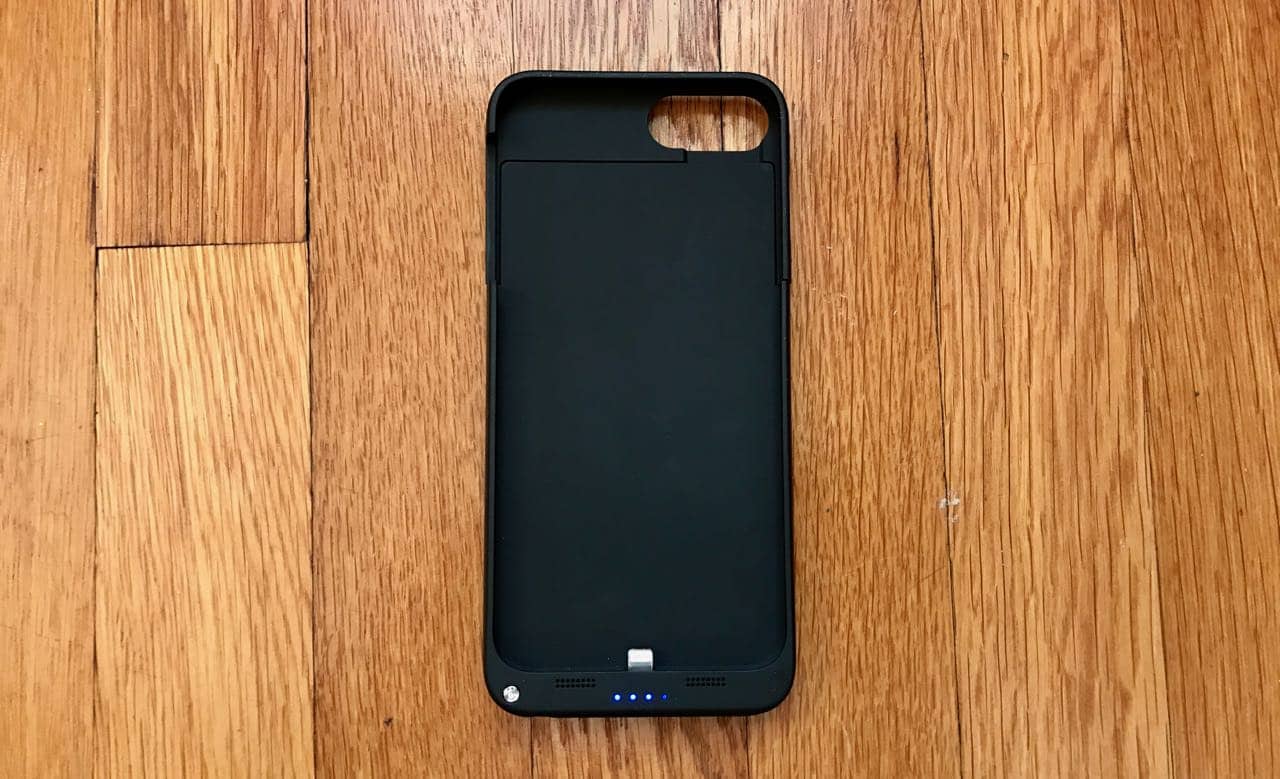 Before I go on about the things I didn’t like about this case – honestly, there isn’t that much – I’d like to note what I did like about it first. Right off the rip, it’s really easy getting your phone into the case. Seriously, there’s a lot of cases out there where it feels like open heart surgery. This isn’t the case (no pun intended) with this.

When it comes to the actual battery, it’s probably worth mentioning that the iPhone 7 Plus’ battery is only 2900 mAh. Savfy crammed 4800 mAh into this case, which is insanely impressive when you factor in that’s almost doubling your battery capacity. You don’t even have to charge the phone itself. Just make sure the charger is charged and pass along the juice whenever your phone is low. That along is the biggest selling point this case has to offer. 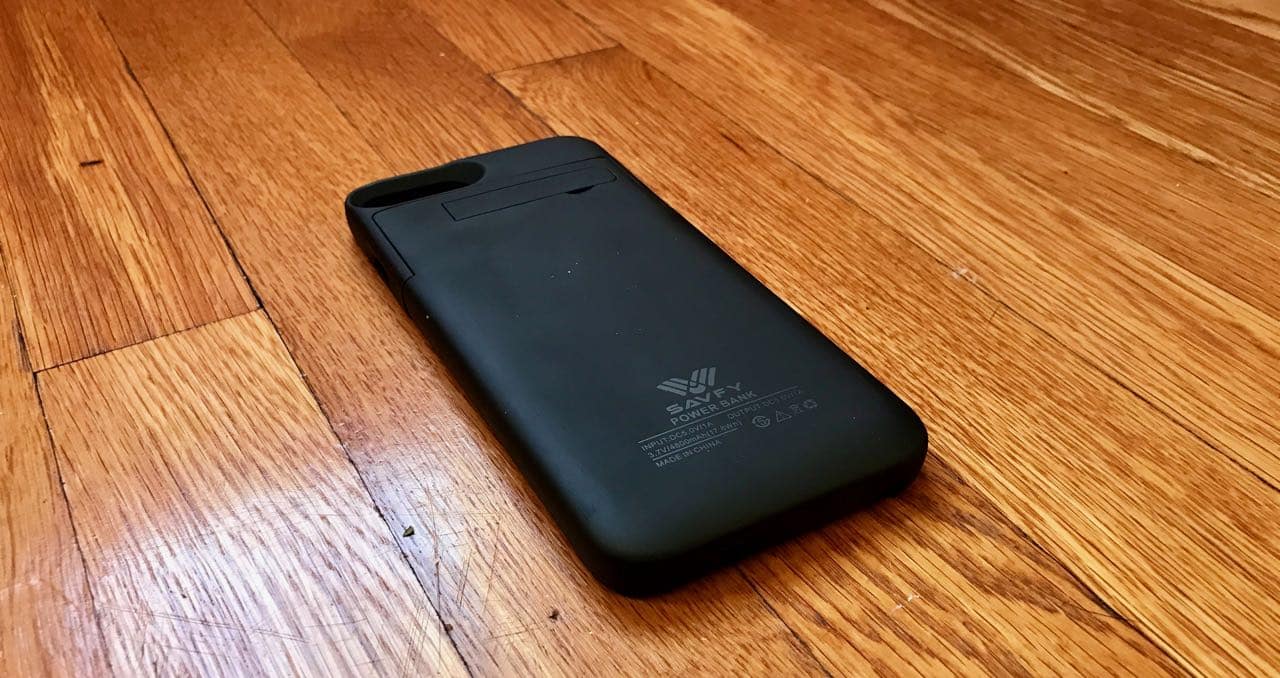 But with the good, there’s always the bad, and this battery case has one major flaw if you’re an iPhone 7 Plus user: It’s not Apple Lightning compatible. This also applies to 3.5mm headphones too. Meaning, only Air Pods and Bluetooth headphones will only work with the phone when the case is on. Weak, I know.

Another thing I didn’t like is how heavy the phone gets when the case is on it. I guess it’s understandable given the size of the battery, but it certainly weighs me down. It’s quite noticeable.

I should probably mention something about the actual case itself, after all, it is meant to protect your phone. The back of the phone is definitely safe from any drops or normal wear and tear. But the front is what concerns me. The case doesn’t really offer any protection to the front of the phone. With other cases on the market, there’s usually a lip that protects the corners or offers some sort of protection when the phone is dropped on its face. This case doesn’t offer any of that. 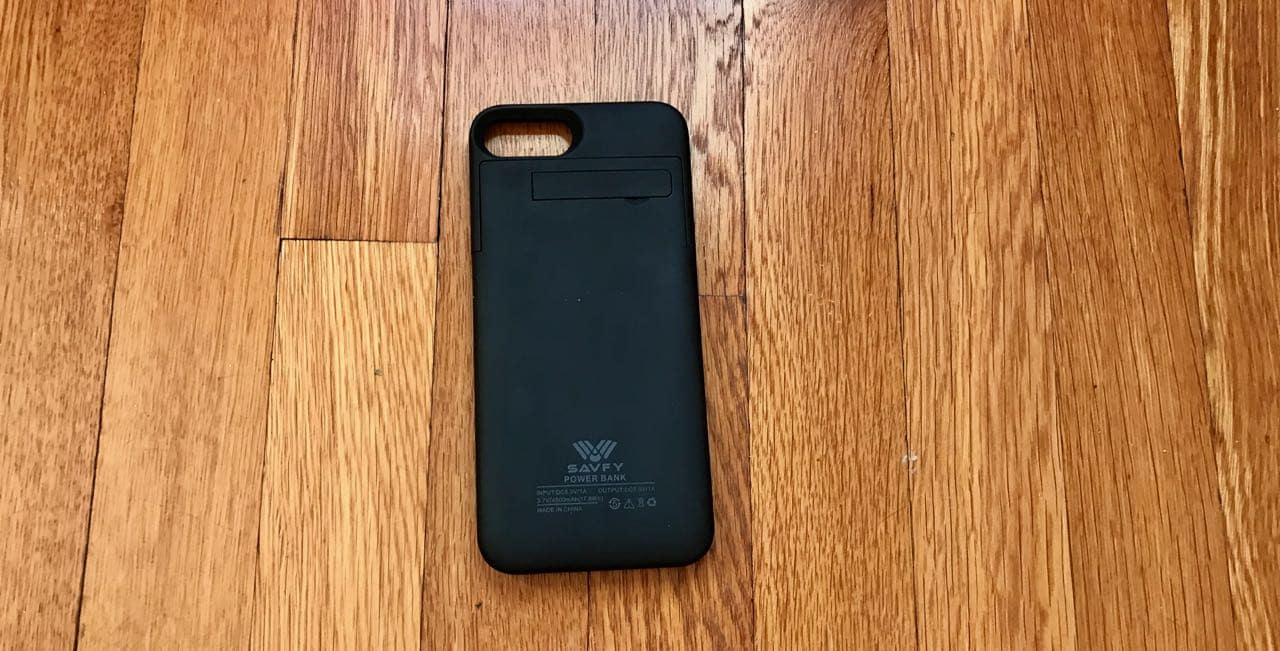 For example, if the phone fell flat face down on a sidewalk, I’m pretty confident this case wouldn’t do its job in protecting the screen. That’s kind of a big deal.

Should you buy it? If your iPhone is constantly running out of battery, it’s definitely a no-brainer. The value here is that it’s only $18, and that gets you essentially another battery plus a case. Not bad if you ask me. The case comes in a range of colors including black, gold, and rose gold, sold exclusively on Amazon.

As a show of good faith, Savfy extended an exclusive discount code that will save KnowTechie readers an additional 10% off. Just use code FVH42PD3 at checkout.

Build
9
Battery Life
9
Features
5
Durability
7.5
Reader Rating1 Vote
9.1
The Good
Really easy to get your phone in and setup
4800mAh - That's a lot of battery power.
Really good protective case
The Bad
It's heavy and bulky
Not compatible with Apple Lightning, meaning you can't plug in headphones into it.
Since it's not compatible with Apple Lightning, when you plug it in to charge, it only charges the case itself. Not the phone.
Screen is vulnerable to break if dropped face down because of the absence of a bumper
7.6
Overall
Buy Now
Amazon
Related TopicsCaseiPhoneiPhone 7 PlusreviewSavfy