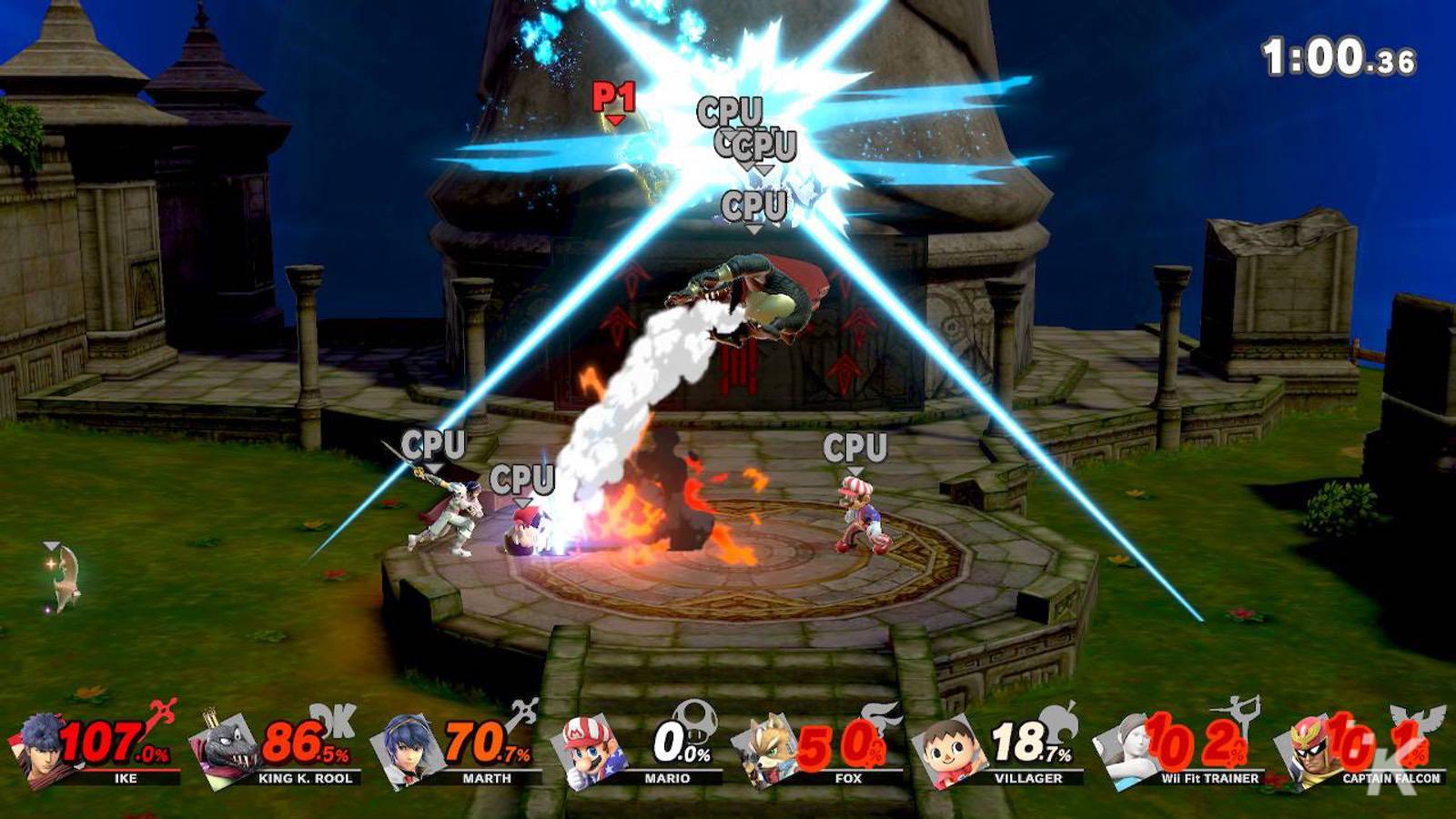 Ever since the release of the Nintendo 64, there have been two constants within the world of Nintendo, there will be a Mario game and there will be a Super Smash Bros. game. As I’m sure you have already heard, Super Smash Bros. Ultimate came out last Friday and now I’m here to tell you if I think it is a game worth purchasing. Fair warning, I saw a line at Best Buy to purchase this game. Yes, an actual line during the middle of the day to purchase a video game. It’s been forever since I’ve seen that.

Oh yeah, the game is the shit. Buy it.

Super Smash Bros. Ultimate is still, at the end of the day, a Smash Bros. game. This means that the point of the game is to beat your opponents to a point where you can launch them off the stage or in the case of Stamina Battles, get their stamina to zero. This is a recipe that hasn’t changed in the nearly 20-year existence of the series and I don’t expect to ever change in any real capacity. Instead, what changes in Smash Bros. is the levels and the gimmicks within those levels.

Certain levels have many different set pieces that may change or become hazards throughout matches, while others may have things happen that are far more dangerous than any other opponent. Also, the larger the roster becomes, the more important it is to have more than one “good” character.

Let’s take a moment to talk about characters

There are currently 76 characters on the roster for Super Smash Bros. Ultimate. These characters range from Nintendo classics like Mario and Bowser, old-school gaming icons like Pac-Man or Sonic and also a few surprises like Cloud (from Final Fantasy 7), Bayonetta and even Ryu and Ken. Every single character with the exception of shadow characters, who are reskinned versions of other characters with their own designs, have their own unique move lists. 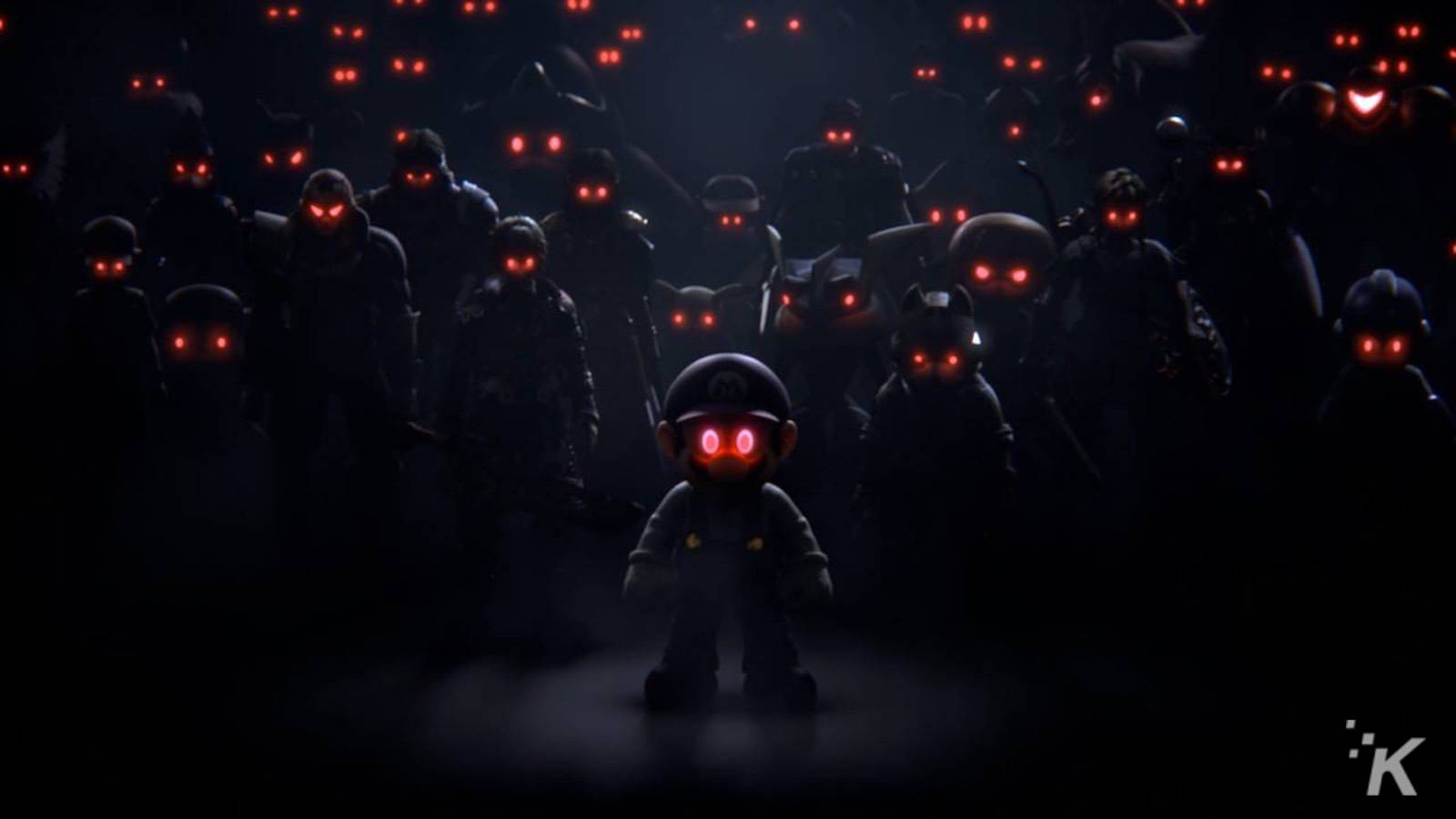 Honestly, for the most part, every single character within the game is incredibly balanced. There are some characters that excel at ranged attacks, some that are quick and even a few that hit like trucks. All of these characters mesh well with each other, but having at least one each in your repertoire is something I highly recommend. Personally, I use Richter, Link, and Ike as my go-to characters but will flex in Cloud and Lucario when I need some muscle. Joker from Persona 5 will have a spot on my roster when he makes his debut.

The roster starts with the original N64 starting roster and slowly lets you unlock the roster as you go (approximately 10 mins of actual in-game fighting) or by meeting special requirements. This is actually pretty cool and is a huge call back to many of the earlier games where you were forced to grind out the roster.

The major benefit here is that the game really forces you to switch around with characters so you can continually find the best for the situation. However, at the same time, if you want that full 76-character roster, you will have to put in some serious time. I’m still unlocking mainstays from the N64 era and have a long way to go before I can say I have everyone.

This isn’t a game you get bored of quickly

Super Smash Bros. Ultimate is stuffed so full of things to do that it can sometimes be overwhelming. On top of normal Smash battles, you have plenty of mini-games and special training missions that teach you to use the tools all the characters have. In between matches, the game will throw roster unlock battles at you, which can range from simple to insanely aggravating. My first time fighting Pit, he killed me after I was only able to hit him once. I died at 120%, it was shocking. Fortunately, you can rematch these unlocks within the main menu, which is super cool and far less punishing. 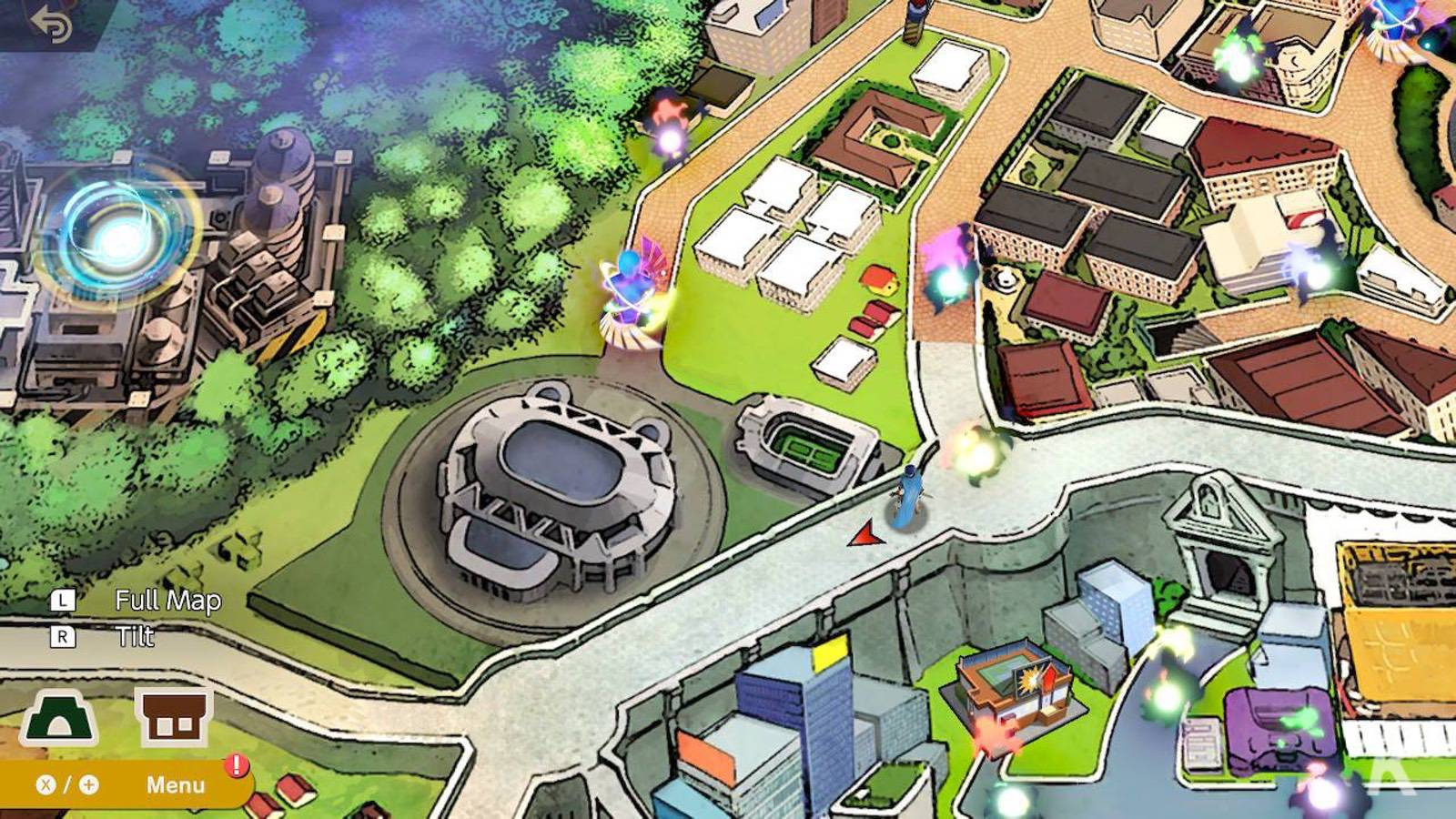 Unlike Super Smash Bros. for Wii-U, Super Smash Bros. Ultimate has some semblance of a story mode that involves a sizeable amount of work and min/maxing of stats and abilities. That story mode is called World of Light and has you running around the world fighting battles with varying rules while trying to unlock characters to fight alongside you. It’s pretty neat and does a lot to keep players busy. It is easily one of my favorite features in the game and I really love the RPG-like features with the rock paper scissors-style mechanics.

To go alongside the World of Light is Spirits mode. Spirits allow you to strengthen your team within the World of Light with special abilities and powers. The higher the power of the main spirit is, the more effective your character is within battles. You can unlock many different spirits by choosing special battles from the spirit board. These battles are quite similar to the World of Light battles with all sorts of rules and handicaps to make your life hell. 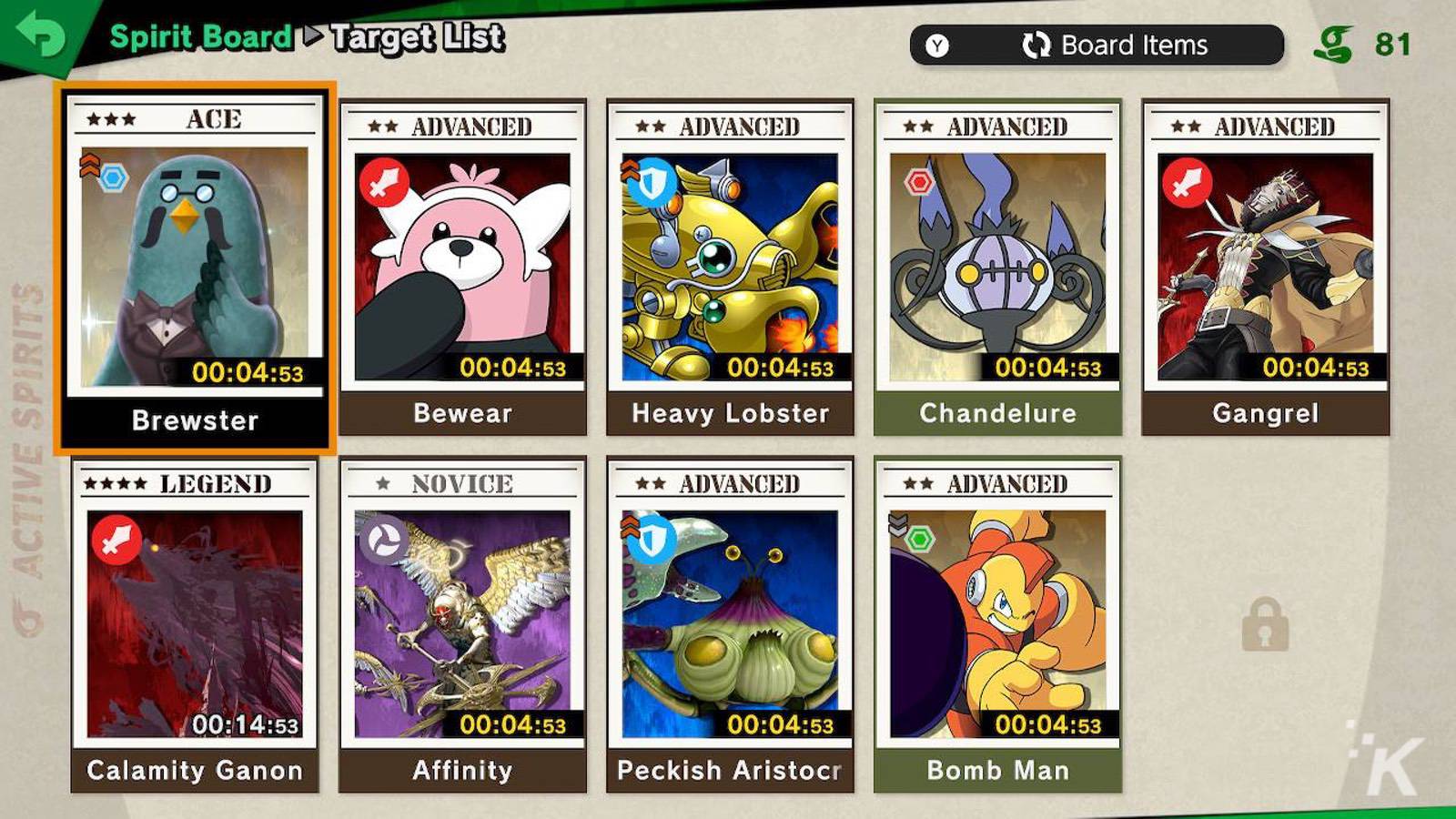 Now it may seem like it is still super straightforward, but after beating the challenges, you still need to unlock the spirit by shooting it with a gun in a little minigame. This can be a little discouraging because I’ve cleared a few legendary tier spirits only to fail the unlock game, rendering all my efforts for naught. The most devastating part of this is that the spirit is shuffled back into the deck, only to be unlocked again sometime later in the future. The pool for this is incredibly deep and I don’t think I’ve seen the same ones appear as of yet.

Online is still the weakest part of the game

For ten years, we’ve been able to play Smash Bros. online. Every single attempt at this has been fairly poor. I recall trying to play online with my Wii and the game mode suffered from a solid 5-second lag delay. While I hear others complain about lag, I can’t say that I’ve had any devastating experiences with network issues. That is pretty exciting but the real drawback is that online doesn’t really let you shape how you want to play.

In my online experiences, I’ve continually been forced into matches with rules or modes I didn’t care to be part of. There’s a lobby option, which is okay at best and works best when you are with friends but I don’t feel like this is going to be the usual experience for the average Smash player. 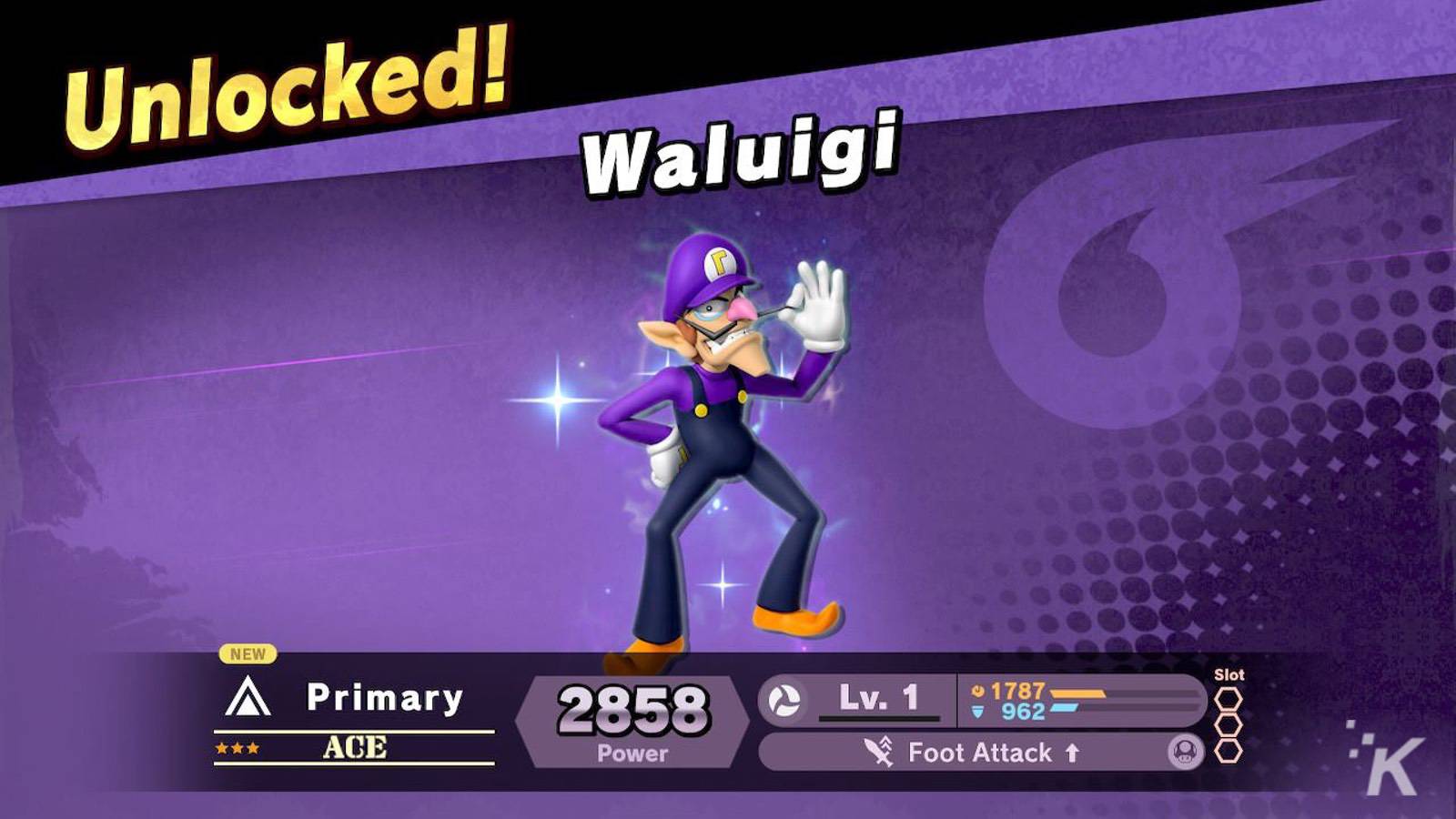 The weak aspects of the online Smash experience are sad. Mostly because this time around you are having to pay to play online and you are not getting much for your money here. This highlights the fact that as much as Nintendo shows that they know with their market, they still just don’t get online. Don’t expect too much here and you won’t be that disappointed. Fortunately, the game still shines brightly in the way it was meant to be played, in one room.

With even the drawbacks, this is still the purest Smash

This version of Smash Bros. is still 100% the best and most accessible version of the game to date. Anyone can pick this game up and have a good time. The game has plenty of opportunities to help players fill in the gaps by teaching players to learn all the ins and outs of the game. This is absolutely the most rounded out version of the roster, which also happens to be the largest. This game features something for everyone and is a bit more punishing than prior games.

Super Smash Bros. Ultimate is one of the few rare games that is worth $60. Hell, I’d argue that it is absolutely worth $130 if you bought that special edition. Ultimate is a fantastically great game and should be a shining example of Nintendo’s amazing first party strengths. Now if they could only get online right…

The Good
The characters, levels, music and sounds are a massive celebration of the last 30 years of video games
This is one fiiiiiiiiine looking version of Smash
There's so much going on at any given time that you will never run out of things to do
The Bad
Online is stupid
Online is doubly stupid because you don't get to choose how you want to play
Online is triply stupid because you actually have to pay for this crap and it isn't worth the experience and keeps the game from being a perfect 10
9.5
Overall