While it’s a little dim, for under $70, you’d be hard pressed to find a projector this good. 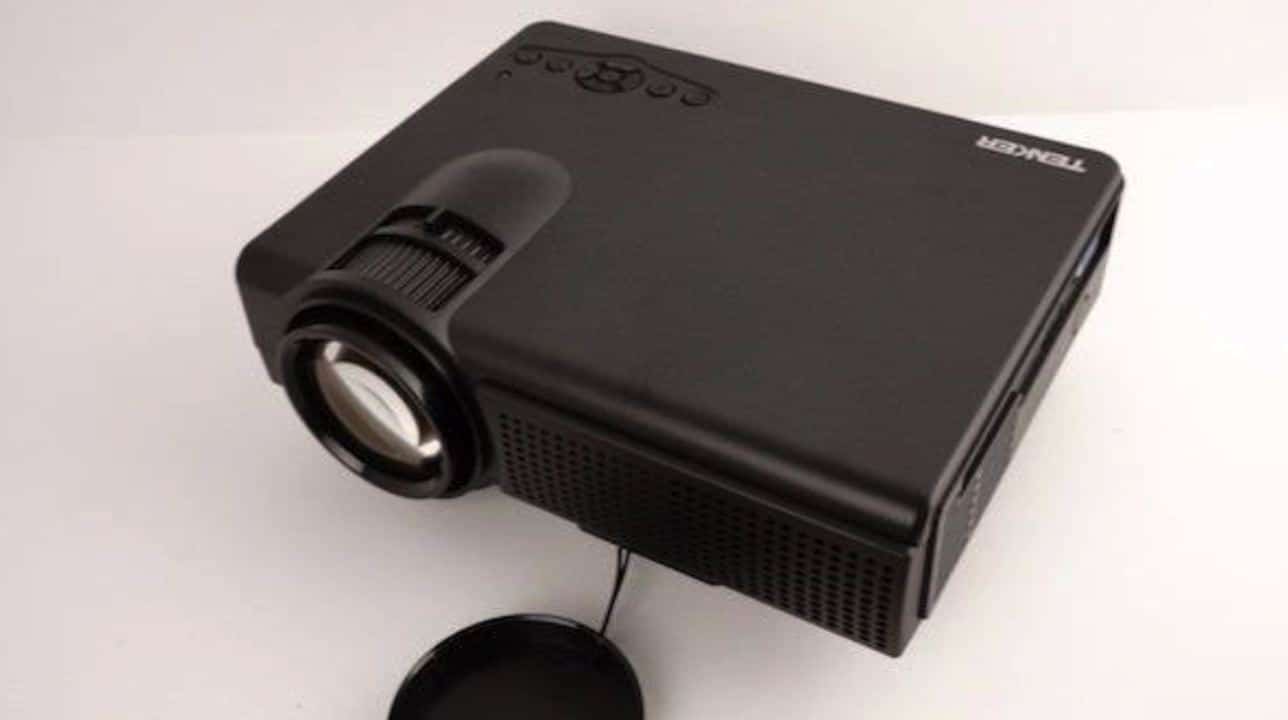 Image: Amazon
The Good
It plays at 1080p and looks good even with games
The built-in speaker is quite decent
The Bad
The remote is trash
1500 Lumens is pretty weak so you'll want a dark viewing area
8

It’s not often my editor lets me have fun things that aren’t power banks or something tedious, so when I get to review something outside my wheelhouse, I typically enjoy it for all it’s worth. This review was no exception, as I received Tenker’s super tiny Q5 mini projector and I was pleasantly surprised with what it can do.

For starters, this thing is pretty damn small. It’s about the size of five PS4 game cases stacked up, which means it’s very easy to take this little projector anywhere you’d want to go. This thing would probably be great for schools as I remember what a pain it was for them to drag out those projector carts and whatnot for class videos.

The Q5 has most of the standard ports you’d expect for a low-end projector – HDMI, USB, VGA, and it’s also got a Micro SD slot for accessing files from a memory card on the fly. When testing the unit, I hooked up the Nintendo Switch dock to it via HDMI, and I can report that it played flawlessly without any real sensation of input lag or anything. I’m not sure if I’d try it with the PS4 or Xbox One, but gaming via the Switch worked great, so this thing might become best friends with my NES and SNES classic systems.

The Q5 projector also has a speaker built in that sounds surprisingly decent. I figured it would be quiet or sound tinny as hell, but it was actually quite adequate. You’d still probably want to plug a real speaker into it if you can, like maybe a portable Bluetooth or something, but the onboard sound is helpful in a pinch. The fans on this little machine run fairly quiet as well, so there isn’t much competition to hear the built-in speaker which was a nice surprise.

The Q5 comes bundled with a remote control that will allow you to switch inputs and volume, but the one that came with this unit loses connection once it goes into standby. The remote works great when you first turn the unit on, but after a slight bit of inactivity, the remote acts as if it’s completely dead and the only way to restore the connection is to restart the projector.

It’s hard to be mad at the remote being trash considering everything the projector gets right, but it’s still a pretty big inconvenience. If there’s anything else to complain about, it’s the low lumen count of the projector. 1500 lumens is pretty damn weak, which means to get the best possible picture you’re going to want it as close to dark as possible in whatever room you use it in. Not a major complaint as the projector is less than $70, but a slightly stronger brightness would definitely help cement this projector as a go-to in the starter projector category.

Still, for under $70 the Tenker Q5 projector is a great little projector you can use outdoors for family movie nights in the summer or throw in your bag to take to a friends house to make the picture just a little bit bigger.

The Tenker Q5 Mini Projector was provided to KnowTechie  for review by Tenker.