The Alliance Alive is an enjoyably sterile experience that is clearly inspired by great games but doesn’t do enough to be one itself. 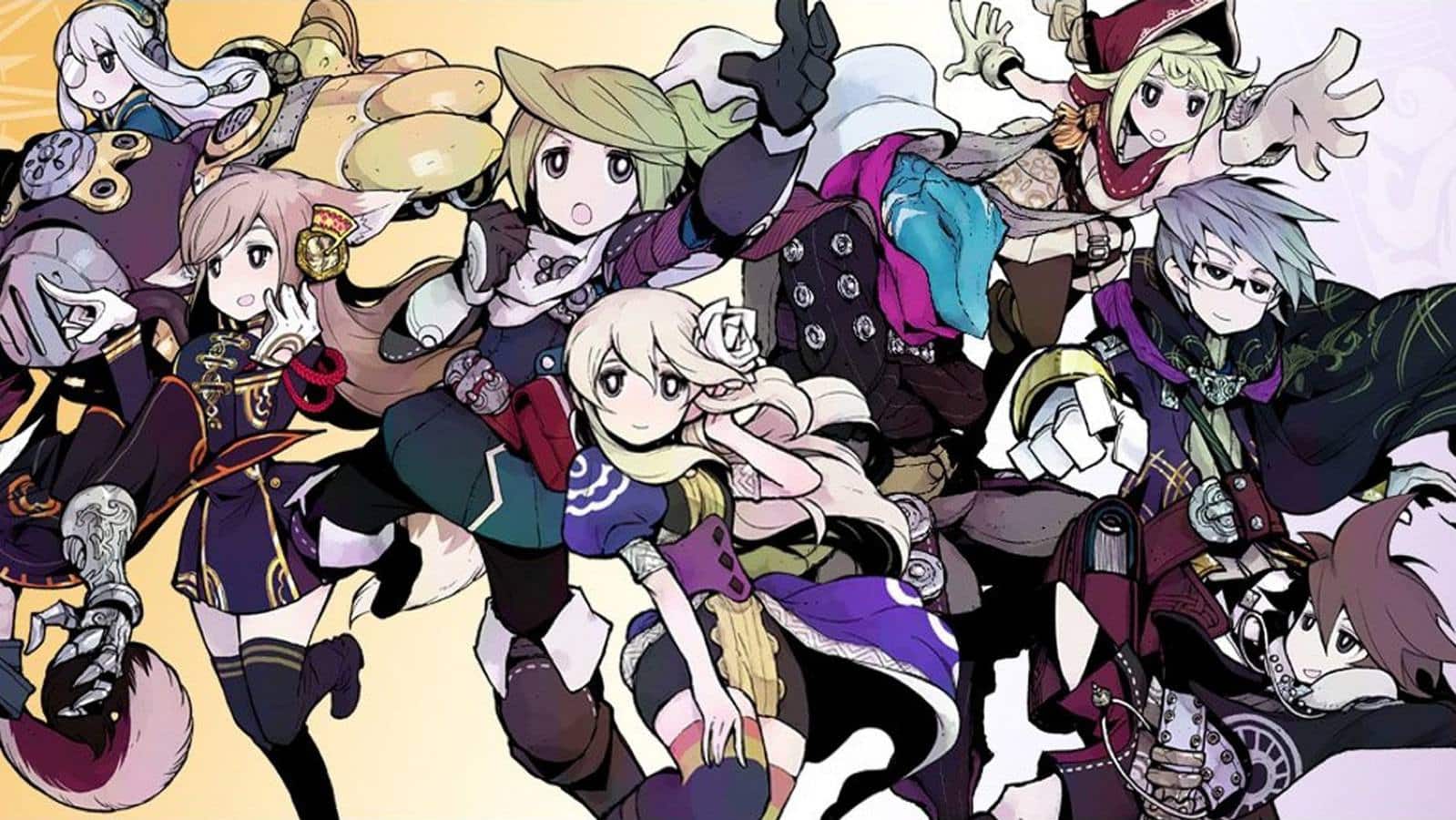 Image: Amazon
The Good
Combat and growth is the best type of grind
Some of the characters are really enjoyable and campy. Looking at you Tiggy and Robbins)
The game rewards exploration while making it really fun and risky to do.
The Bad
The story is quite cliche.
Our main character has less backstory than FFXII's Vaan.
There is a jarring increase of difficulty halfway through the game and players may be caught off guard if they aren't used to game mechanics.
The soundtrack could have been better.
7.5

30 years ago, Squaresoft changed the RPG market with Final Fantasy, which inspired decades of games that have tried to take their own spin on the series. This ended up giving us some absolutely phenomenal games, including Atlus’ own Shin Megami Tensei series, which was their own anti-Final Fantasy. I want to point this out because the new IP, The Alliance Alive, is clearly inspired by another one of Square-Enix’s games, Bravely Default. They aren’t copying the game by any means, but there is some clear inspiration between the two that is incredibly obvious. While solid, The Alliance Alive fails to match Bravely Default’s stride but shows that traditional JRPGs can still be very enjoyable and Cattle Call is on the right track.

Published worldwide by Atlus USA, The Alliance Alive is a game that is rife with great ideas but also seems afraid to commit to any great idea. I don’t know if this lack of commitment was just the dev studio, Cattle Call, playing inoffensively safe or that they were unsure if their ideas would be well received, so they failed to go all in.

Now, you may be asking why I think that The Alliance Alive failed to capitalize as they are a new IP from a studio that isn’t even well-known enough to have a wiki page. First off, The Alliance Alive is written by Yoshitaka Murayama, the man behind the Suikoden series. Masashi Hamauzu, the lead composer for many of Square-Enix’s well-known projects (see: Final Fantasy) for the last 20 years is also on board. These aren’t nobodies in an industry that both of these guys have made an impact in, yet The Alliance Alive never goes from good to great.

The Alliance Alive kicks things off by introducing you to main characters Galil and Azura, two young adults struggling under the boot of the Daemon overlords. 1000 years before the game starts, the Daemons showed up in the world and brought with them a barrier called the Dark Current. As members of a human resistance, Galil and Azura embark on a journey that kicks off a desire to free humanity and erase the Dark Current.

While their quest introduces them to some ancient relics, two other journeys are also taking place across the world. The daughter of a powerful Daemon overlord, Vivian, is looking to learn more about humans and her adventure shows that all Daemons aren’t bad. There’s also Gene, a powerful signimancer, that seems to be a traitor to his own kind. Eventually, these characters come together, along with their comrades they’ve made along the way as they work to restore order back to the world.

The story, in general, is fairly color by numbers and character development seems to happen in spurts. While I can appreciate most character development, the issue of the commitment to the story really plays into most of the characters in the game. Early in the story, one of the Azura suffers a curse that robs her of her vision while saving Galil. While this should be a highly dramatic moment, Galil feels guilty until Azura basically tells him its no big deal because her signalmancy allows hew to still see the world around her. There’s no struggle after losing her primary sense and she even uses her uncanny vision to ruin an emotional moment a little while later.

Gene seems to be a fairly deep character but Rachel makes it her life mission to add levity to their situation. Vivian is naive to a dangerous fault while Tiggy does her best to take advantage of it while Ignace wants to fight anyone he deems lesser, which is everyone. Murayama wrote character scenarios for the hundreds of characters of Suikoden, but he couldn’t refine that talent down for a few handfuls of characters for The Alliance Alive? The story ends up being the standard and almost offensively cliche rigmarole of a group of friends banding together to save the world. Ultimately, it isn’t bad, just predictable to a point. In fact, some of the side characters have more personality than Galil himself, it’s very strange. 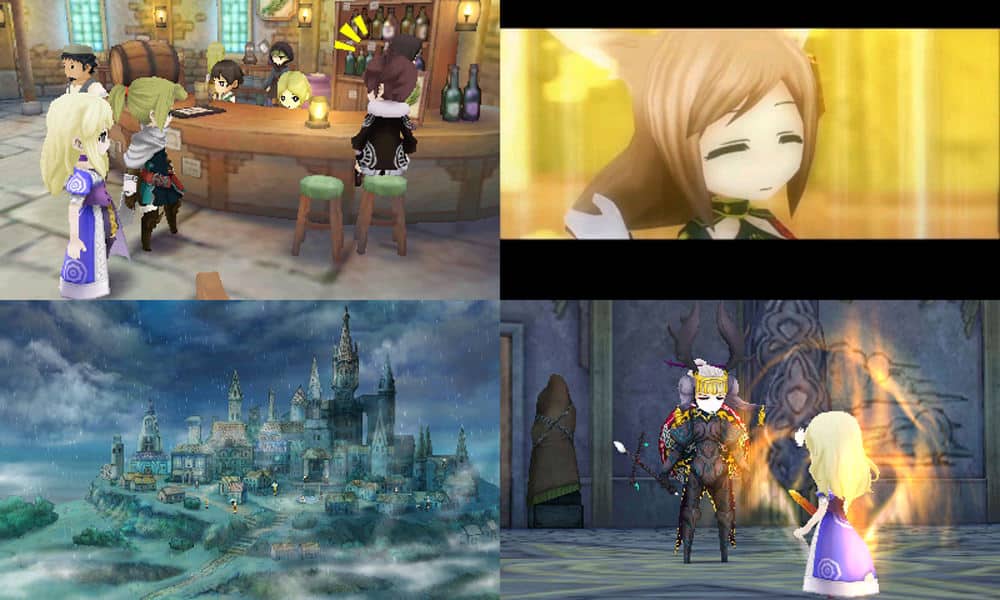 This is where I feel there’s a lot of inspiration taken from the Bravely series. Character designs seem very spot-on to the series and dungeon maps have a level of familiarity with them as well. It’s not a bad game to take inspiration from and from a visual level, I think The Alliance Alive pulls it off.

Overall, the game is actually fairly pretty for something limited to what the 3DS can do. Character designs are also pretty good, however, it is very clear that you’ve met a main character or a recruitable NPC because they seem to stand out like a sore thumb. They are also a little inconsistent. Vivian and Ignacio as Daemons look more like humans with animal ears and tails, while other Daemons look like, well, demons.

When it comes to audio, its a far less glowing review. While it isn’t a total mess, I couldn’t help but feel like I was listening to four or five songs over and over. It wouldn’t be so bad but there are powerful songs that really get you engaged in the game. The battle themes are passive at best and dungeon are overworked themes really lack any identity. For a game that has a clear visual inspiration from such a great source, the soundtrack leaves a lot to be desired. Hamauzu helped craft some legendary soundtracks and this one falls well below even World of Final Fantasy.

So far, I’ve been rough on The Alliance Alive but to be honest, there’s a ton the game does right while you are playing it. The Alliance Alive has a very fun combat system that allows you to build every character in the game as you’d like to. As they use new weapons, they learn skills from that weapon tree, creating a very gritty yet enjoyable way to customize units as you see fit.

After you learn some moves that you really like, you can spam them in combat to level them up. A similar strategy seems to apply to SP growth and HP as well, with usage affecting growth. It’s not a completely original approach but it’s fresh enough that it’s a total blast to get some new gear or party members and start training them.

Characters can also equip three different weapons, including hand to hand, so you can guarantee flexibility in combat. A word to the wise, however, make sure you have three beefy characters leveled in shields by the time all the groups come together, you’ll thank me. There’s also an Ignition status which is when a character is close to death and can release a powerful special move. The move will break the weapon you are using but will also deal incredible damage. 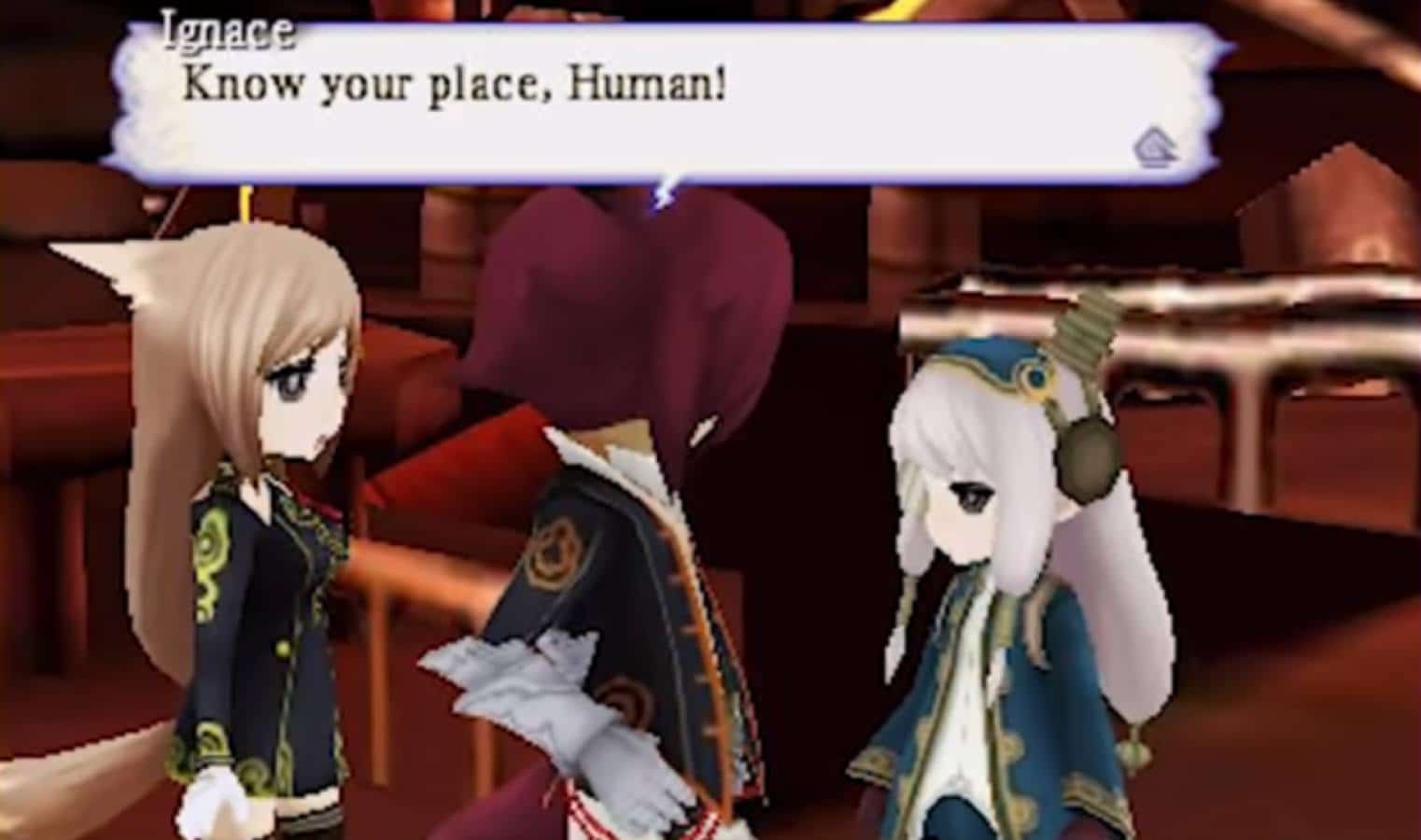 While combat is fun, the world absolutely encourages exploration as well. Enemies are visible on the map and can be avoided if you need to. After the difficulty hike halfway through, you’ll also need to pick and choose your battles with a bit more strategy. There are some monsters that made me go in and change the make-up of my party prior to fighting them just so I would have a fighting chance. I’d also throw some cheaper dupe weapons on my tank so after they took a beating, I could use their Ignition without ruining a powerful weapon.

As in any other JRPG, you eventually get vehicles to travel the world. My personal favorite was the ornithopter, a glider that could flap its wings to descend slower. You have to manually control the wings by tapping the button but due to its size, it also allows you to get into some tight spots. Other vehicles are a bit more traditional but are more needed by the time you get them.

One final really cool mechanic is the in-game guild towers. Each tower type supplies your group with benefits in battle in the field. As you through the game, you can grow the towers to strengthen their abilities and widen their range, while also improving services inside the towers. It’s silly and a little basic but it really is fun to hunt down new members.

The Alliance Alive ended up being about 30 hours for my playthrough and I did miss a character. I plan on going back through with new game plus so I can try that missing character out. I also didn’t max out the potential of my towers, so there’s a good bit to do.

The game’s biggest problem is that it is better than it has any business being with the story and soundtrack playing it so generically safe. Overall, if you have been looking for a turn-based JRPG, The Alliance Alive is a sure thing that will leave you pleased. I’d love to see the team learn from this and create a major hit on their next attempt.

The Alliance Alive was provided to KnowTechie by Atlus USA for review purposes.

Reader Rating3 Votes
9.8
The Good
Combat and growth is the best type of grind
Some of the characters are really enjoyable and campy. Looking at you Tiggy and Robbins)
The game rewards exploration while making it really fun and risky to do.
The Bad
The story is quite cliche.
Our main character has less backstory than FFXII's Vaan.
There is a jarring increase of difficulty halfway through the game and players may be caught off guard if they aren't used to game mechanics.
The soundtrack could have been better, a lot better.
7.5
Overall
Related Topics3DSalliance aliveAtlusGameTechieNewsReviews