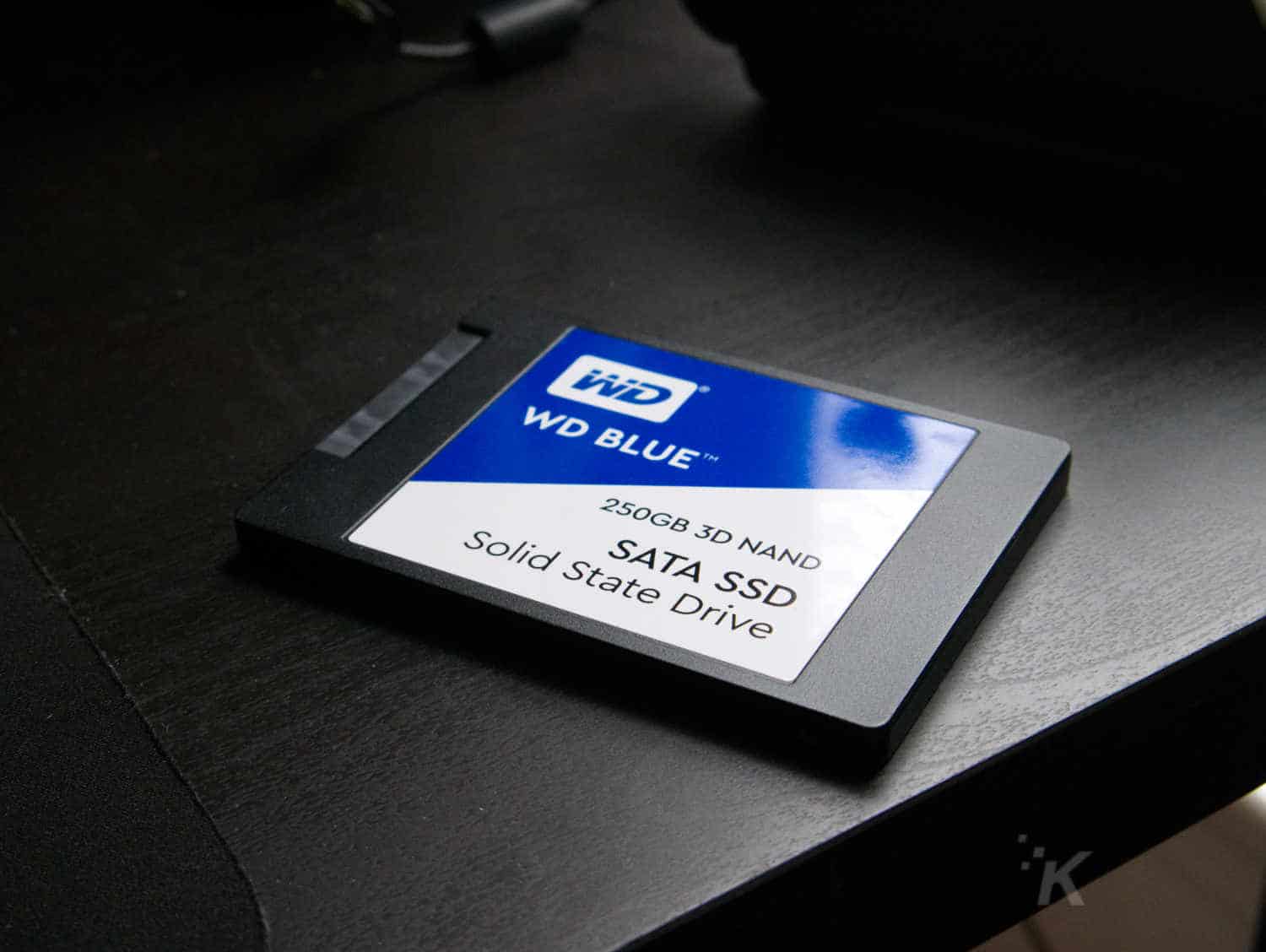 Western Digital entered the solid-state market by selling business-orientated devices. Then they bought Sandisk in 2015 and quickly branched out into the consumer market with their WD Blue range.

The drive on test today is the second iteration of this series, which now usees 3D NAND TLC flash instead of the earlier 15nm TLC NAND modules made by Sandisk.

The first iteration was average, and really didn’t bring much to the marketplace – is this iteration bound to suffer the same fate?

There’s also an m.2 keyed version of this drive, which is identical in specs and retails for a few dollars more.

SATA SSDs are no longer the exciting prospect they once were, but only because they’re no longer a niche product. Without adding lighting, there’s not much you can do to a 2.5” drive that will differentiate yourself vs the rest of the market.

Indeed, it’s only the packaging and labeling that differentiate here. As befitting the midrange target, WD chose to not do anything superfluous here. The packaging is ‘just enough,’ with no unnecessary accessories.

After all, it’s going to get installed into your PC and probably never seen again until you upgrade. Aside from the SSD, there’s only a tiny warranty guide document inside. It’s nice to see an anti-static bag around the SSD, as this isn’t always used. 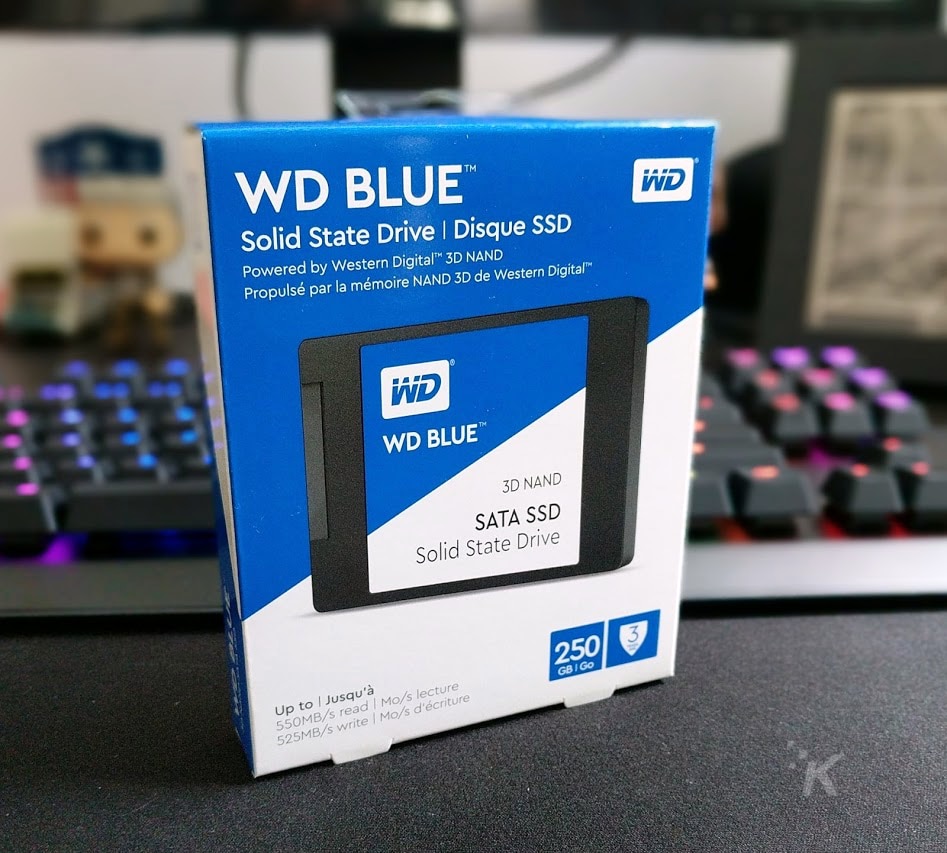 The WD Blue 3D NAND uses the Marvell 88SS1074 controller, which sports low-density parity check technology for error-correcting. There’s a Micron-made cache module, and two Bit-Cost Scaling 3D TLC NAND in 125GB packages. The little board hosting all of this is probably less than 40% of the internal area, the rest of the casing is just for ease of installation inside your system. 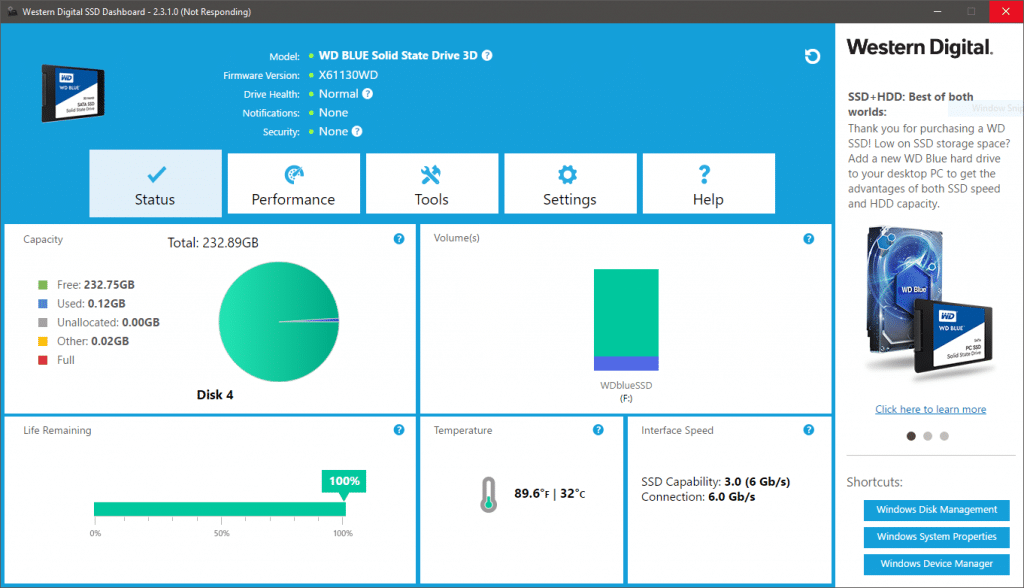 WD also provides some utilities to use on the drive, the WD SSD Dashboard is a useful utility that monitors the drive, lets you update the firmware, and gives important information such as remaining lifespan. WD also gives you Acronis True Image WD Edition so you can clone your existing system onto the WD Blue.

The WD Blue 3D NAND drives get a three-year warranty, and the TBW (Total Bytes Written) of the 250GB model is 100TB. This is equivalent to writing a 50GB Bluray to the drive every day for 6 years.

SATA connected storage has a hard cap, due to the limits of the SATA specification. Most SSD designs approach or toe that hard cap, which is about 560MB/s. 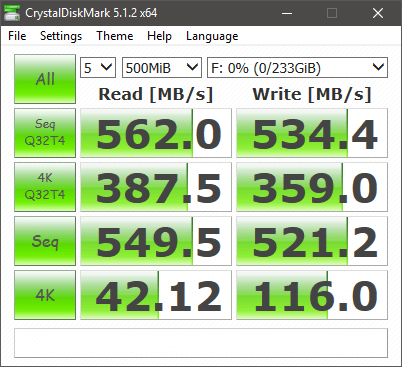 The same speeds were also achieved in the ATTO Disk Benchmark for the WD Blue 3D NAND. We like to test on several benchmarks to ensure consistency. 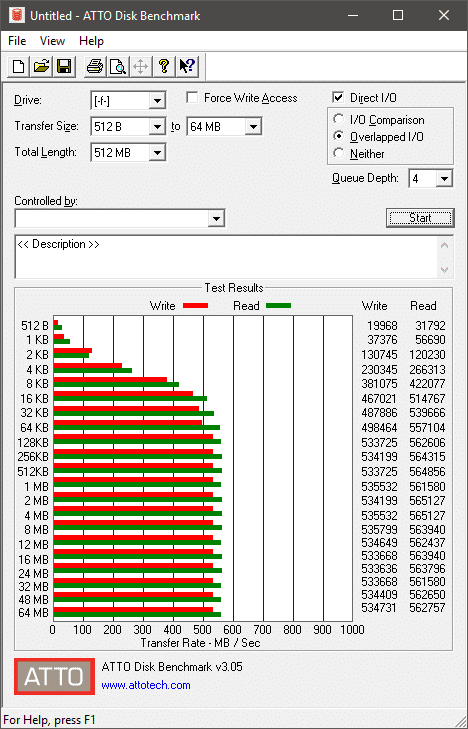 Next is the PCMark 8 Storage test, which provides more of a real-life use benchmark. Here, the WD Blue has almost caught up to NVMe which score just under 5100 in this test. Bandwidth of 256.77MB/s is good for a SATA-based device, but no content in comparison to NVMe, which can get close to 700MB/s.

The WD Blue does have one mild weakness, in that the TBW (Total Bytes Written) is just 100TBW on the 250GB covered here and 200TBW on the 500GB model.

Should you buy the WD Blue 3D NAND?

The WD Blue 3D NAND could well be the last serenade of the SATA SSD before NVMe and newer technologies such as Optane take over. It’s a big improvement over its prior model and shows that WD’s purchase of Sandisk was a shrewd business move. It gives the other midrange products from the competition a good run for their money and is definitely worth considering if you still want or need fast SATA storage.