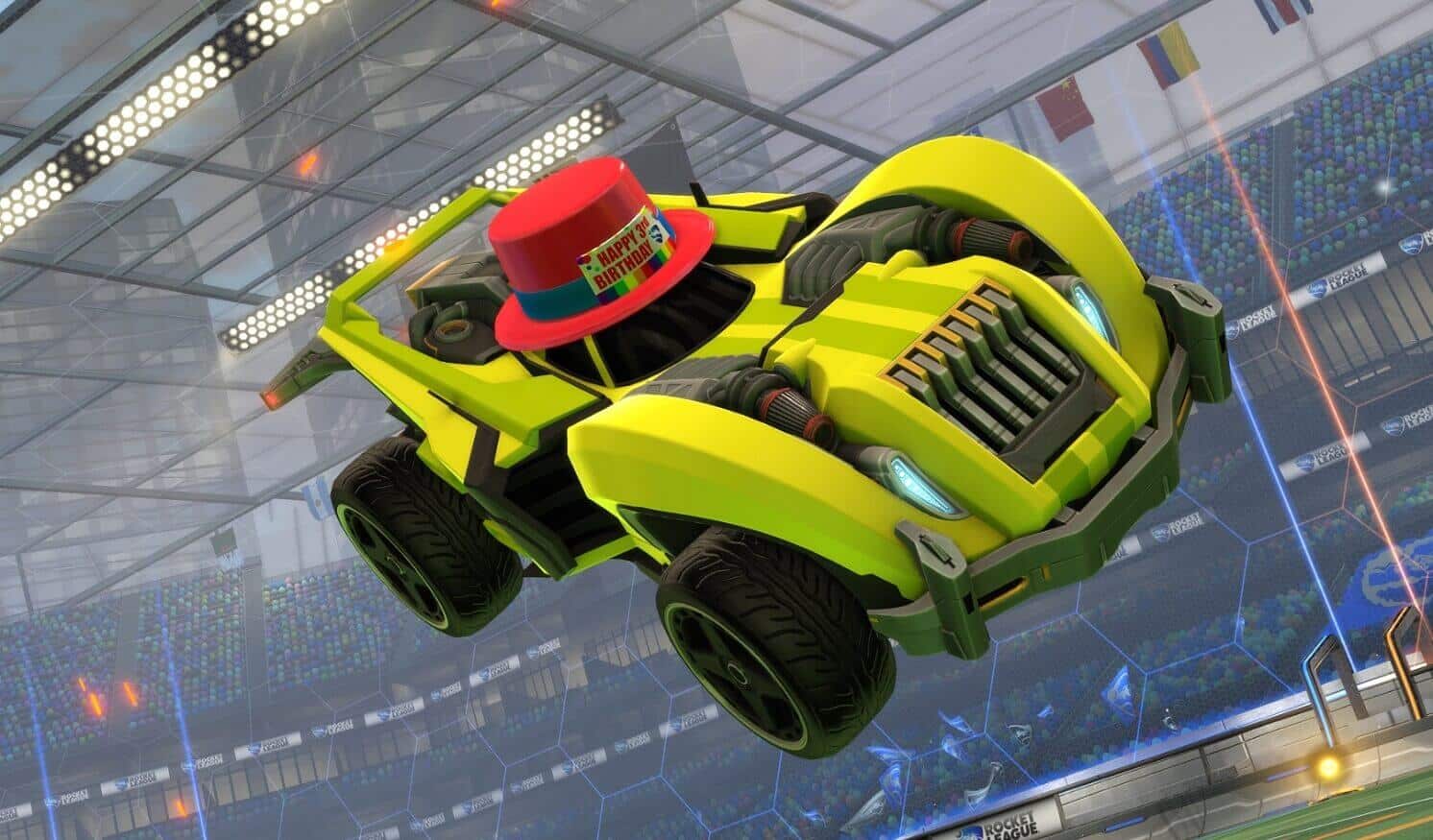 Announced in a blog post, Rocket League is celebrating three years of socCAR and Psyonix is celebrating the 10th anniversary of the OG Supersonic Acrobatic Rocket-Powered Battlecars game. The event will run from July 9th to July 23rd and will feature a slew of themed items that players can collect.

The event will differentiate itself a bit in that there will be no themed crates for the event. These crates typically require real money to open, but the new system for the event will not require you to drop any money to enjoy the full range of the event. Instead, the event will use SARPBC-themed Balloons that you earn from playing to obtain the various items.

There will also be “Golden Eggs” available for the event that use the same currency to obtain. These Golden Eggs can then be opened to reveal one of sixty possible customization items from retired Champions Series Crates. Sadly, only ten of these can be obtained during the event, which is a bit of a bummer.

In addition to new drops, there will also be a limited, casual 3v3 “Anniversary” playlist that includes a throwback stadium from the days of SARPBC that is shaped slightly differently and has a different goal position. Ball physics on this map will also mimic those of SARPBC, in that the ball will be “lighter.”

As a Rocket League fan with over 800 hours in the game, I’m very excited to participate in the event and see if this new unlocking system will find a home in future events and possibly even the roadmap for the game as a whole.

Octane 4 lyfe. Dominus is for scrubs and lower-class people. Don’t @ me.