If you’re buying a phone purely based on a bend test, you’re doing it wrong. 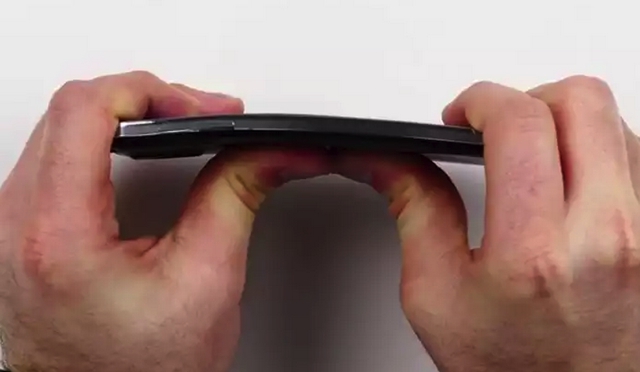 The world of news is typically one of breaking stories, deep insights and thought-out arguments – war in the Middle-East, poverty in industrialized nations, hunger and disease in Africa – all completely valid and newsworthy topics. Then a story like the Samsung S6 bend-test comes along and makes legitimate news writers shake their fists and scream to the heavens in fruitless bouts of rage.

Unfortunately, there seems to be no getting away from this story, so let us quickly summarize what has happened thus far:

A couple of days ago, SquareTrade, a company responsible for device warranties, tested out Samsung’s S6 device to determine how much pressure it could handle using their patented “Bend Test”. Effectively, a Bend Test involves placing an object on 2 risers (like a bridge) and creating pressure in the middle of the object using a hydraulic piston. Unsurprisingly, it turns out that Samsung devices are no more invincible than other electronics.

The S6 broke under approximately 110 pounds of pressure. This was slightly less than Apple’s competing iPhone 6 Plus, which Samsung declared would be weaker than their product.

Samsung has now shot back with a video of their own showing that their new device can handle upwards of 80 pounds of pressure with their own bend test – something they claim SquareTrade did not show the public, declaring it an unfair test. The technology giant has effectively requested a re-test for further public results from SquareTrade.

Why Should We Care?

If this was a poker game, Samsung would have just raised SquareTrade (the holder of a full house) with a smug smirk on its face while holding a pair of 2’s, an 8, a 10 and a rubber duck. Are we really at the point that we should care how much pressure a device can be put under before becoming useless?

Sure, we don’t want to break expensive objects that we own. Naturally, we want to know we are getting top quality for our hard-earned money. And yes, seeing stuff fail miserably is always entertaining to the more destructive-minded among us. But I fail to see the point of these bend tests when the average user will never subject their device to a pressure of greater than 66 pounds. This means that the average person will never even come close to subjecting the S6 to its failing point of 110 pounds. You would literally need to take an axe to it.

Never mind the fact that the S6 promises to be one of Samsung’s biggest sellers in history due to the improvements it is bringing to consumers. Somehow, the ability to take massive amounts of punishment has taken precedence among the important factors to be considered when buying a mobile device. Here I was thinking I would be using it for its technological brilliance; I wasn’t aware we were meant to be purchasing body armor, bulletproof glass, or a tank.

Like Miley Cyrus’ tongue, Kim Kardashian’s ass, and anything to do with Justin Bieber, I simply don’t understand why this is even a newsworthy topic. The only reason I can come up with is that this is a technological version of the “yo mama” fights that used to take place in the school yard, with a huge crowd watching just to see who walks away first. If you are so concerned about the safety of your device, buy a case, get insurance, or just take better care of your crap. I’ve gone through 7 smartphones, and not even scratched one yet. I sure as heck don’t plan to throw my phone under a stampede of elephants – about the only realistic reason you might need your phone to outperform the S6 in a bend test.