It gives parents some controls without compromising teens’ privacy. 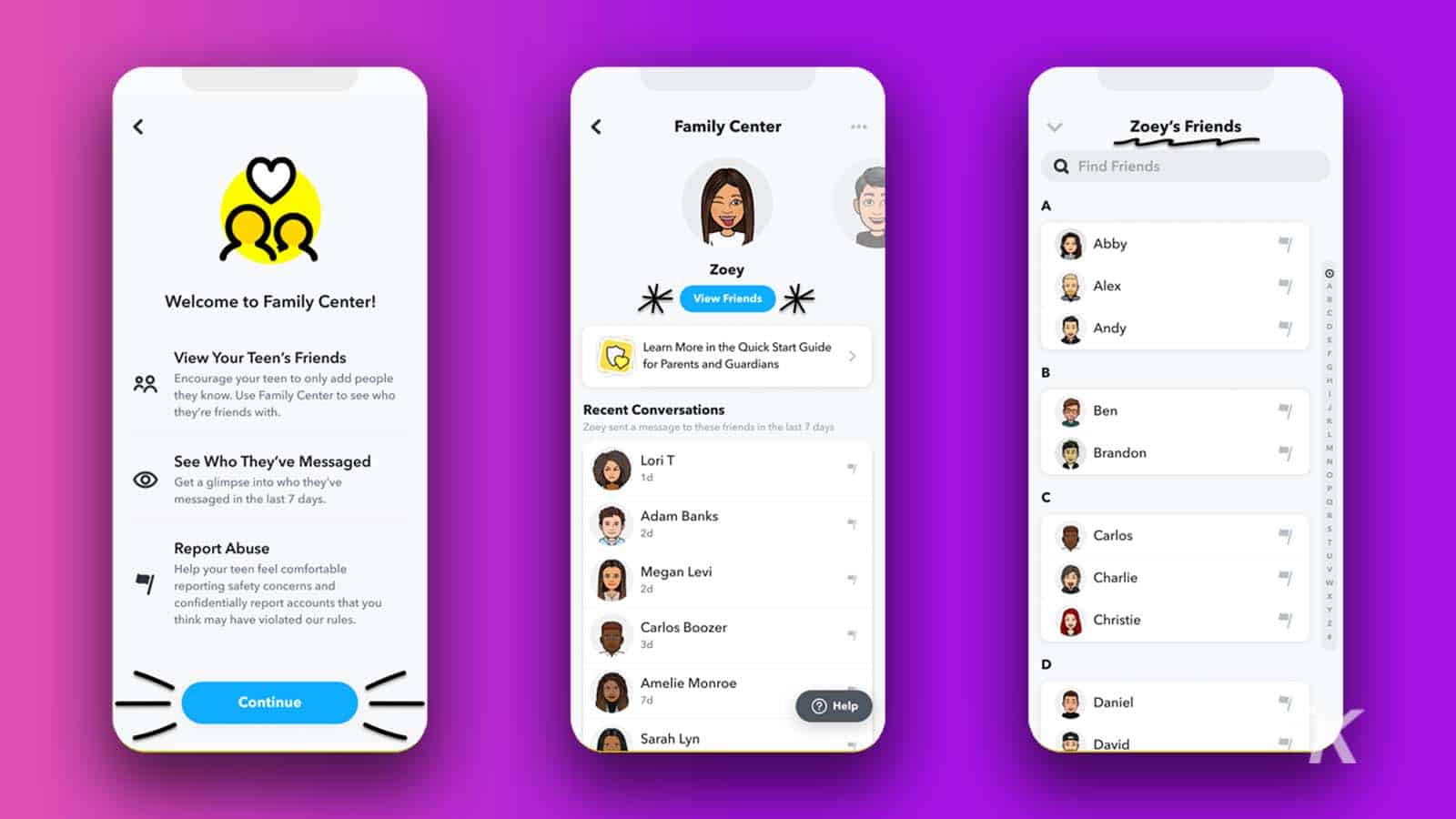 Snapchat has introduced its Family Center to help parents monitor their kids’ activities on the platform. The feature aims to give parents insight into who their kids communicate with on Snapchat without compromising their privacy.

The new Family Center was revealed in a blog post on Snap’s website this morning. The platform hopes to imitate the way parents engage with their kids in the real world.

It gives them access to their kids’ friends, but not to any of the conversations they’ve been having.

READ MORE: Snapchat now has its own ‘dual-camera’ feature similar to BeReal

Parents of teenagers on Snapchat can use the Family Center to help monitor their kids, but first, they have to set it up.

You have to be friends with your teen on the platform. And they will then have to accept an invitation sent to join the Family Center.

Once joined, parents will be able to see their kids’ friends list, as well as see a list of which users they have been talking with. Parents also have the ability to quickly and easily report any suspicious accounts they might find on their teen’s friends list.

But that’s the limit. Snapchat wants to ensure that it’s not selling out its teen users’ privacy with Family Center. Parents can’t see individual messages. And teens can actually get a mirrored look of exactly what their parents see through Family Center.

Like many new features of this scale, Snap says it will be adding more features to Family Center in the coming months.

The company plans on adding new content controls and a way for teens to notify parents when they’ve reported someone, similar to Instagram’s Family Center.