Kevin, I promise I’m playing for research and not to kill time. 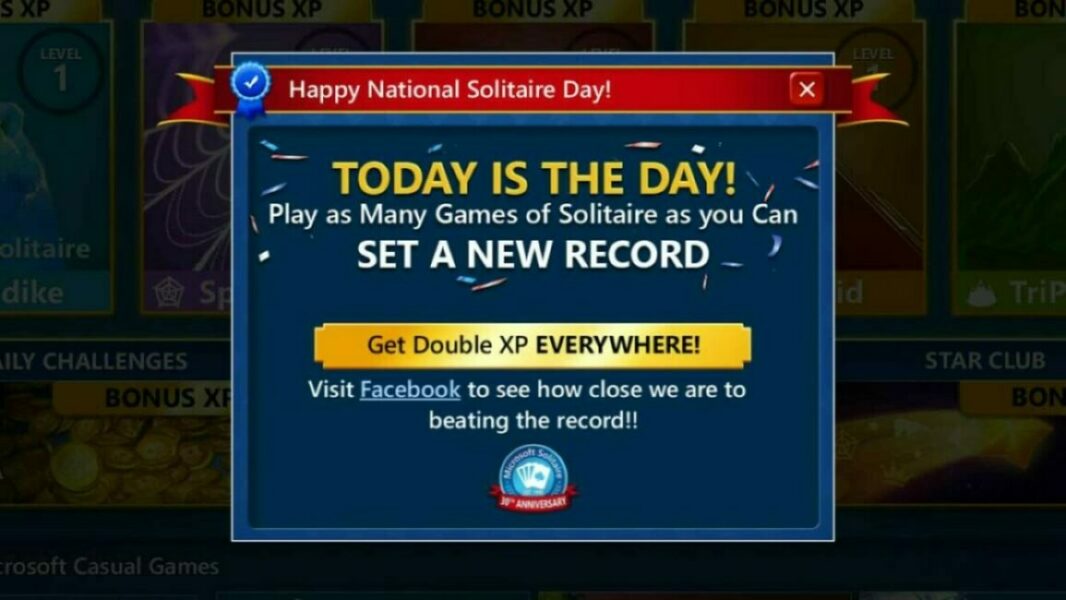 If you’ve owned a PC in the past 20+ years, you’ve almost assuredly played a couple of rounds of Solitaire. You know, the single-player game where you make sequences of cards in an effort to clear the board. Well, the game turns 30 today and Microsoft is going all out for the anniversary.

In addition to turning 30, the company has also announced that over 100 million hands are played daily around the globe with 35 million monthly players. To help celebrate this milestone, Microsoft is asking players everywhere to complete a couple of games today in an effort to break the world record of completed Solitaire games in a single day.

Solitaire, also known as Patience, has been around since 1870, but in 1990 Microsoft added the game to Windows 3.0 as a way to teach people how to use a mouse on the operating system. It was included in all versions of Windows until Windows 8, where it became a standalone app.

If you’d like to join in on the world record attempt, you can download it from Microsoft on PC, iOS, Android, and directly on the web. You can keep up with the count over on Facebook.

What do you think? Plan on playing a couple of games of Solitaire today? Let us know down below in the comments or carry the discussion over to our Twitter or Facebook.