Sony releases $1,000 hearing aids that anyone can buy

Hearing aids are easier than ever to get. 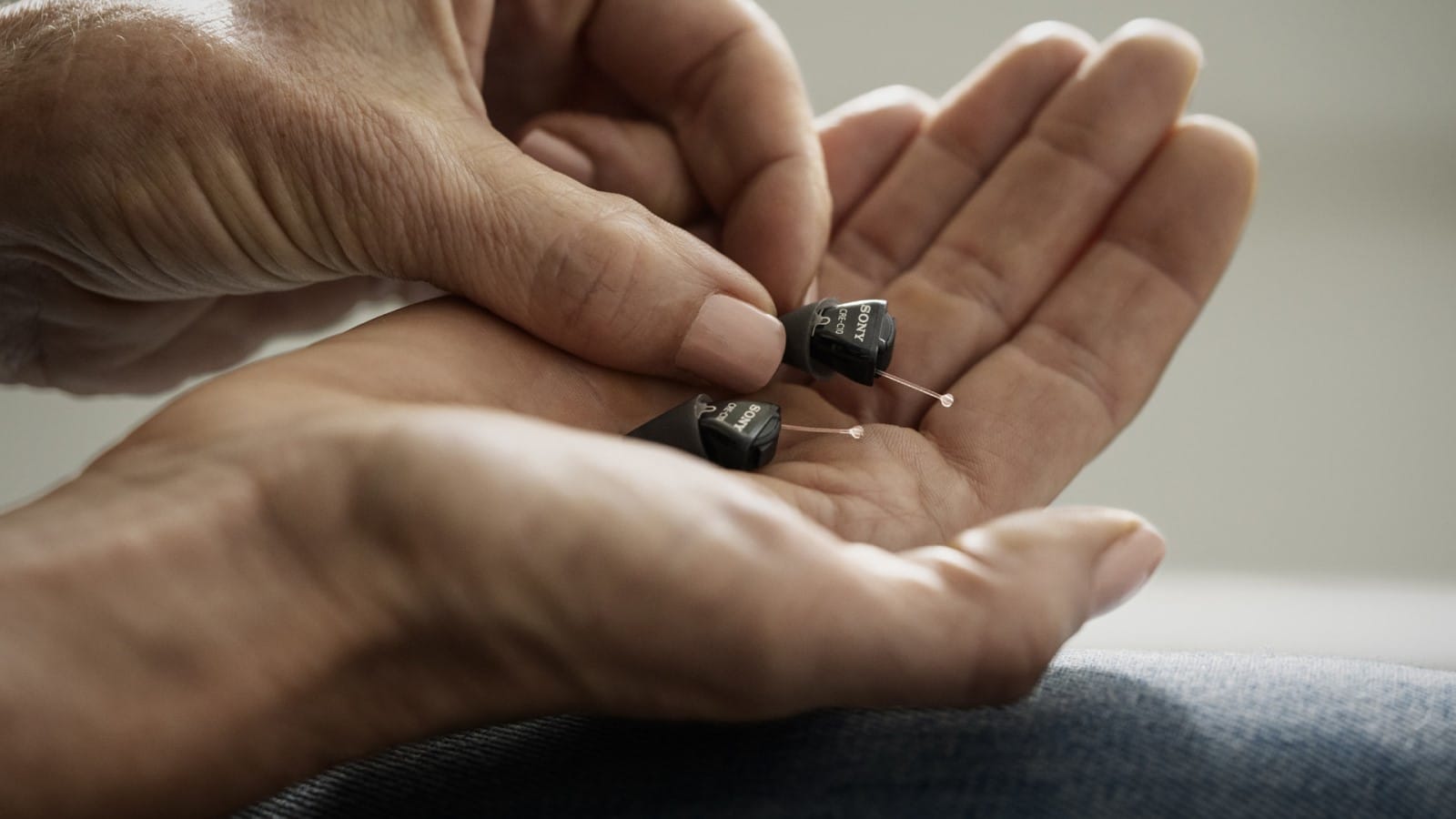 This release follows the U.S. Food and Drug Administration (FDA) decision earlier this summer to finally allow OTC hearing aids to be sold.

That decision significantly reduced the process, which previously required multiple visits to specialist doctors and thousands of dollars.

Sony is one of the biggest names in audio, so it’s no surprise to see their name on new OTC hearing aids. Let’s go over the two new models.

Sony’s CRE-E10 (above) looks like slimmed-down earbuds and has a 26-hour battery life between charges. They can also stream audio or music from an iOS device.

The CRE-C10 (below and featured imaged) is one of the smallest OTC hearing aids on the market, “virtually invisible” when inserted. They feature 70 hours of continuous use from traditional Size 10 hearing aid batteries.

Both models use Sony’s Hearing control app to personalize their sound, enabling the user to “self-fit” to the hearing aids.

The app also allows for tweaks to volume level and other settings to further personalize the sound. Both OTC hearing aids self-adjust to your surroundings and have noise-reduction features.

Sony’s $999.99 CRE-C10 OTC hearing aid is available to pre-order from Sony.com and will be available later this month from other outlets, including Amazon, Best Buy, and select hearing-aid professionals.