Spotify is mixing podcasts and music together in a new playlist

This is actually pretty cool. 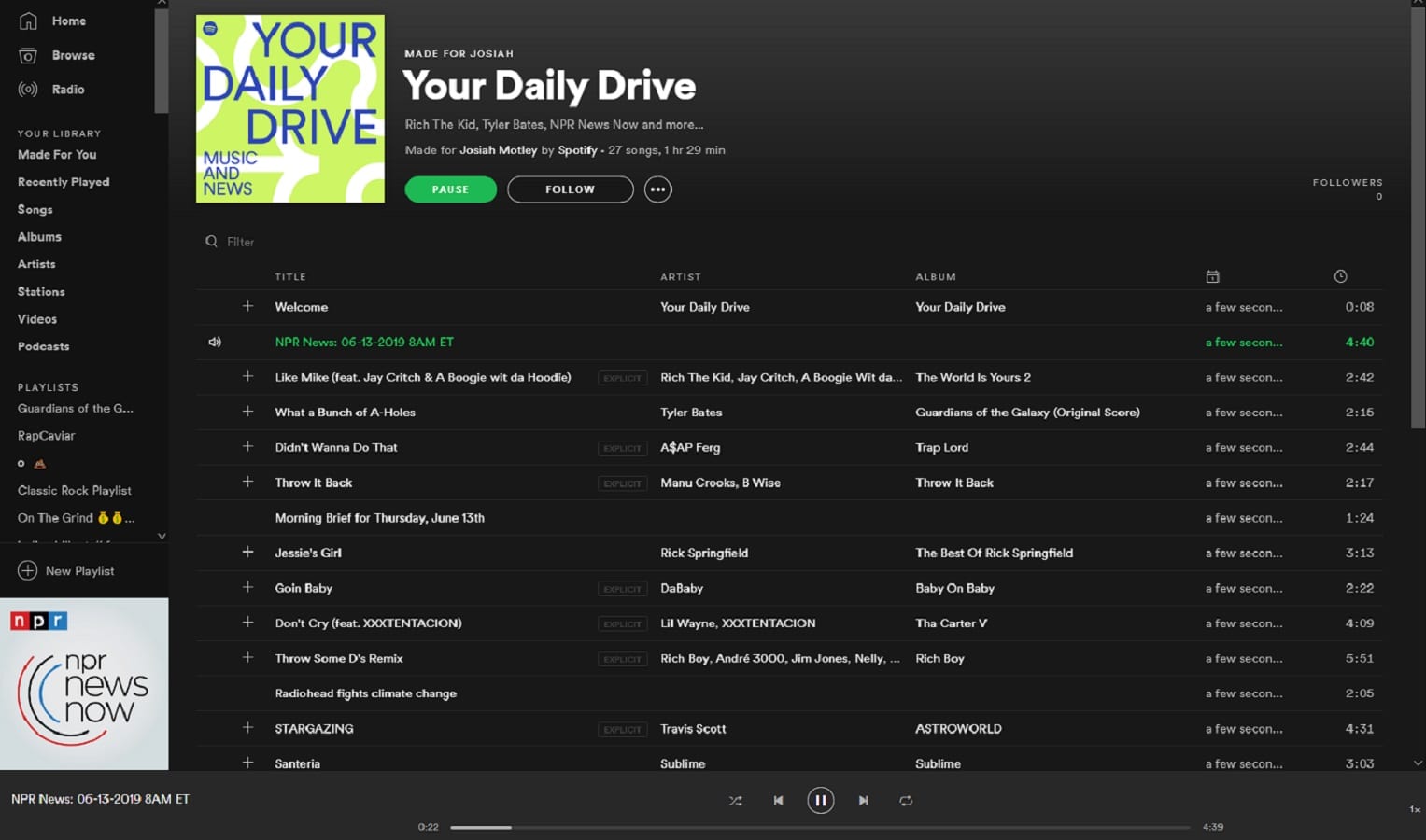 Spotify is really making progress in reinventing the streaming industry, or at least they think so.

Back in April, Spotify showed growing interest in podcasts. Almost a month ago, Spotify also announced their new app for U.S. users called  Spotify Stations. This app is supposed to be a stripped, radio-only version of the original Spotify app.

Today, Spotify released a new playlist called “Your Daily Drive” which uses a special algorithm to mix together short-form podcasts and music

This playlist was formed after Spotify concluded that Americans collectively spend close to over 70 billion hours per year behind the wheel, mostly going to and from work or school.

The playlist is built to combine news talk shows with your personalized music recommendations. Spotify states that “reputable” sources will be used for news broadcasts such as the Wall Street Journal, NPR, and PRI.

In a nutshell, the playlist will be a mix of radio stations and music that you can listen to, so instead of relying on a single genre of music like Spotify previously did, all genres of music you listen to will be added.

This would be the first time that Spotify combines podcasts and music together which I don’t know what to feel about honestly. Listening to podcasts and listening to music have their own unique times, I wouldn’t really mix them together.

U.S. subscribers can start streaming their Daily Drive playlist starting this week. If you don’t see the new feature, search “Daily Drive” within your Spotify app.

What do you think? Interested in this new feature? Let us know down below in the comments or carry the discussion over to our Twitter or Facebook.