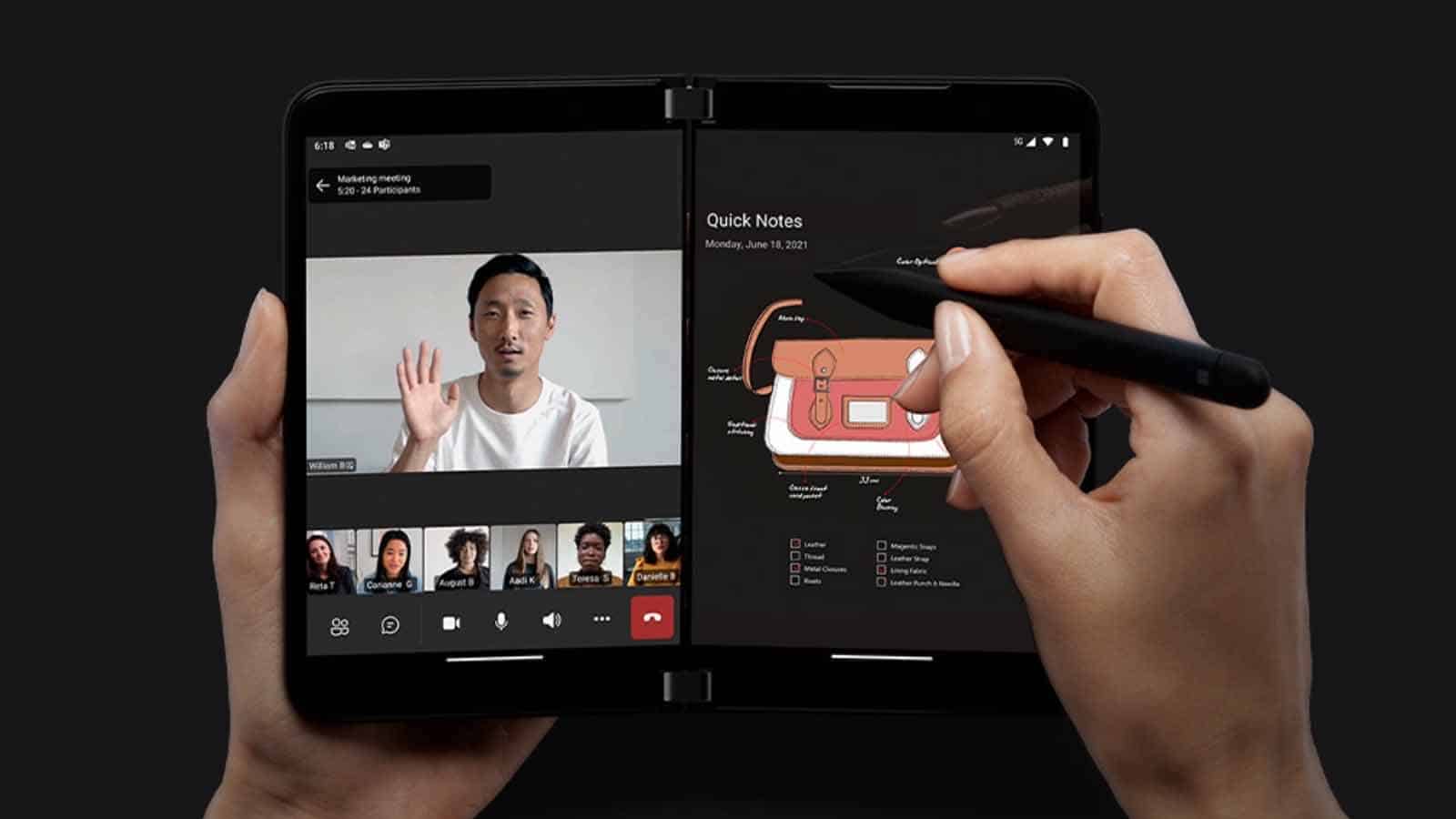 Microsoft had its Surface hardware event earlier today, and one of the big announcements was the new Surface Duo 2. The Android-powered folding phone looks every bit as sleek as the first device, with huge improvements to the internal hardware.

Gone is the barely-there camera of the first device. Instead, Microsoft has decided to put a huge camera bump on the outside of the Duo 2, with a 16MP ultrawide, 12MP wide, and 12MP telephoto lens. There’s still an internal camera as well for video calling, at a respectable 12MP.

Both AMOLED PixelSense screens are 5.8-inches across at 1344×1892 pixels, opening up to an 8.3-inch screen at 2688×1892. They’re also slightly curved on the middle edges, so they make a notification bar when the device is folded.

Both displays are at a 90Hz refresh rate, with adaptive refresh so it’s not draining the battery when you’re just reading things. That dual battery is 4340mAh minimum, which Microsoft says is “all-day battery life.”

It’s now powered by the Snapdragon 888, which means it’s finally flagship performance, with 5G as you’d expect from any premium device these days. It’s also got WiFi 6, and all the usual GPS, Bluetooth 5.1, and (finally) NFC. That processor is backed by 8GB of RAM and comes in 128GB, 256GB, and 512GB storage options.

Oh, and it works with Microsoft’s Surface Pens because the whole point of a foldable device is to be able to be productive when you want to be. It’ll even wirelessly charge the Surface Slim Pen 2, like how the iPad Pro does for the Apple Pencil.

If you want a Surface Duo Duo, err I mean Duo 2, you can preorder one straight from Microsoft, starting at $1,499. The release date is currently planned for October 21.