Coming to a bike lane near you… 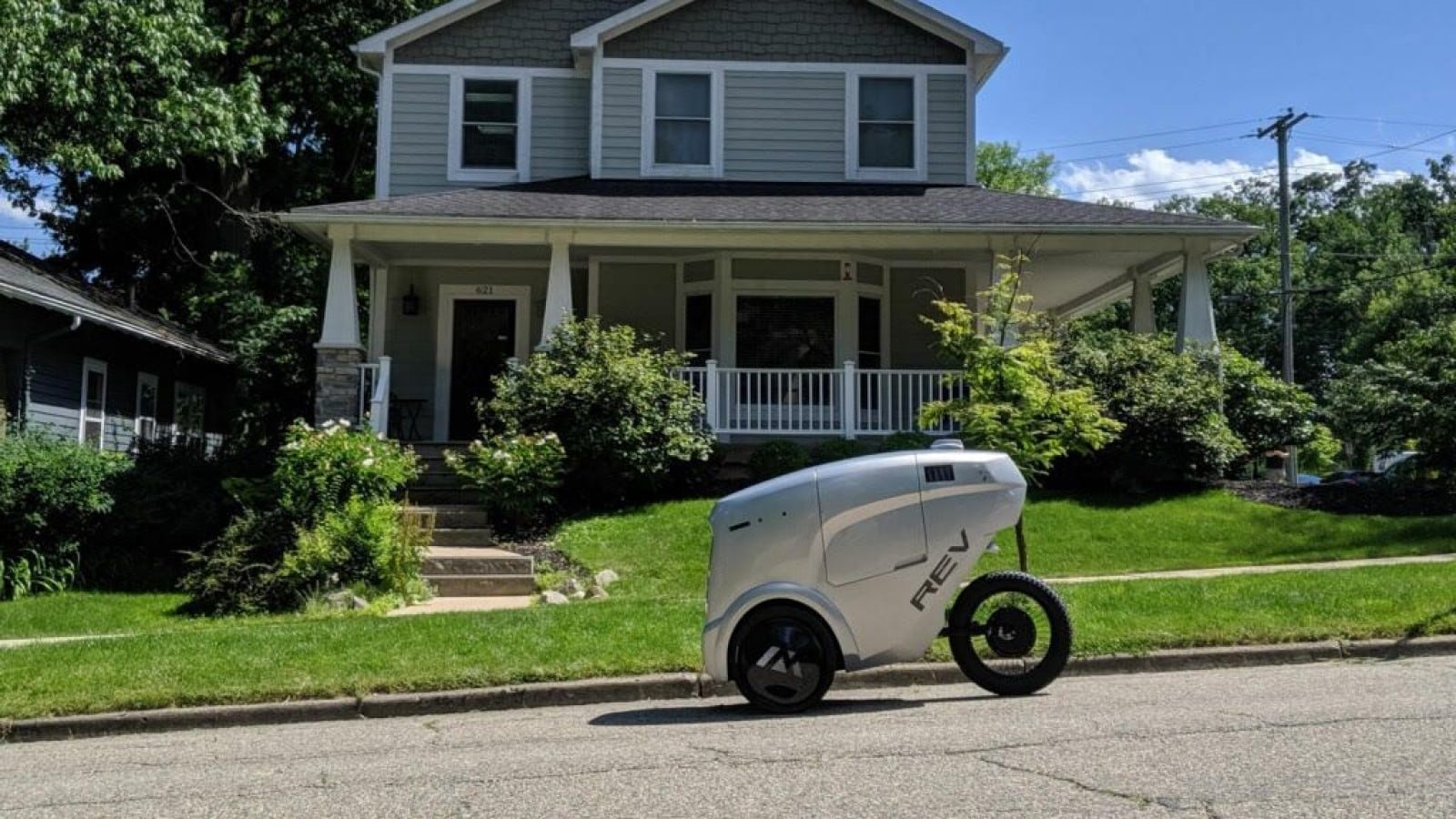 Refraction takes on the bike lane with its autonomous delivery robot

The two founders of Refraction work together at the University of Michigan’s Robotics Program.

Matthew Johnson-Roberson got the robotics bug competing in DARPA’s Grand Challenge back in 2004, staying in academia to research, then later teach, robotics. Ram Vasudevan used to work on control algorithms for bad weather at Ford, before joining UM.

Their autonomous delivery robot costs less than $5,000 to buy, as it skips the $10,000 LIDAR that the sidewalk-using autonomous robots are using. They’re testing right now with some restaurants local to the university, and looking to expand nationwide in the next 6 months or so.

Great, I can’t wait for DoorDash to employ only robots to deliver our food so they can pocket even more of our tips.

What do you think? Interested in more robotic food delivery options? Let us know down below in the comments or carry the discussion over to our Twitter or Facebook.