This is nice, but is there any way we can permanently ban Kevin from the platform? 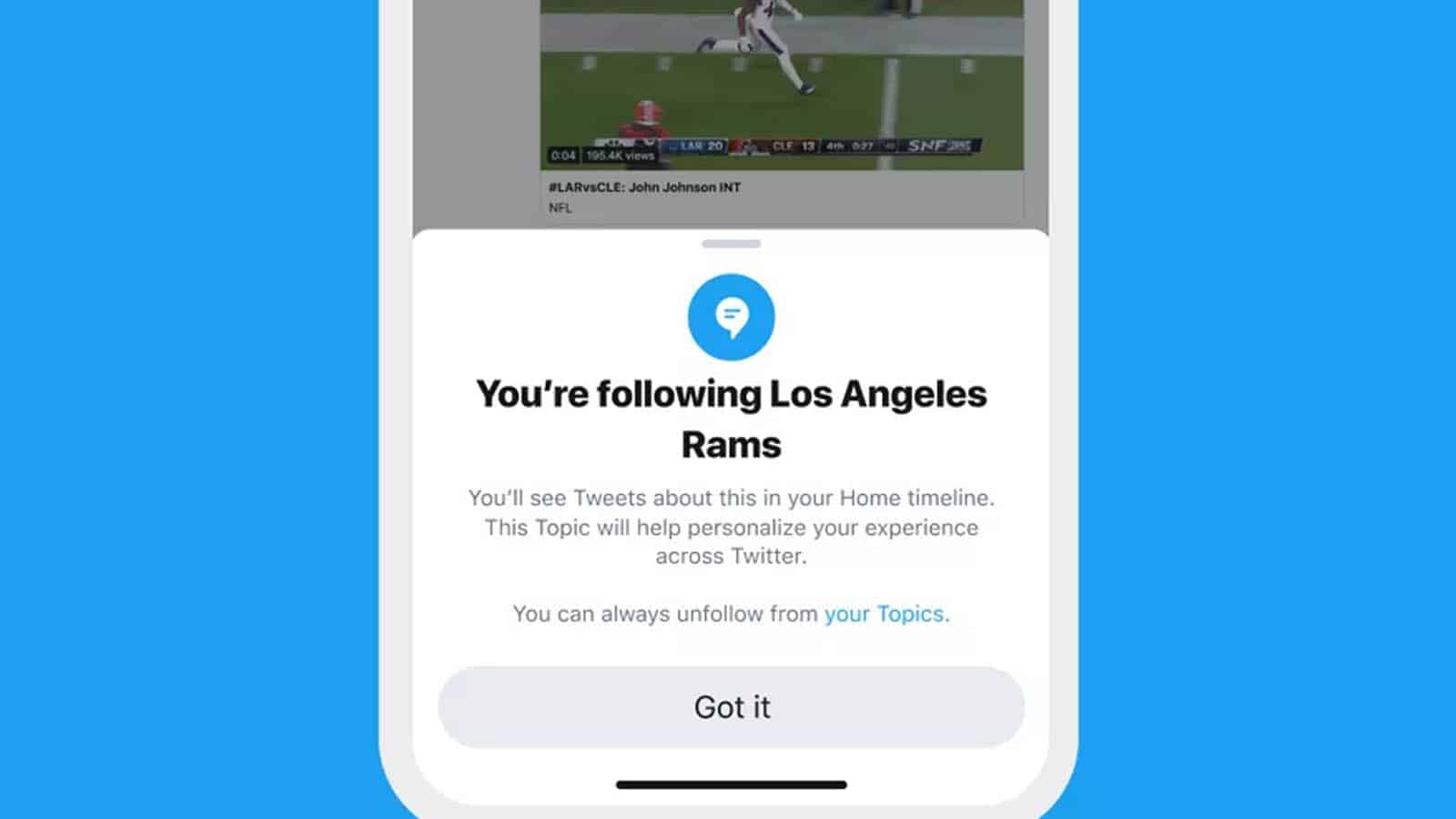 After the social media giant announced its views on showing political ads on its platform, Twitter is setting in motion a new feature called Topics. As reported by The Verge, it will allow users to choose from 300 different subjects that can populate their feed.

When a user selects one of the many Topics, they won’t have to click on a trending hashtag or sift through several accounts in order to find the information they want. Instead, it will come directly to you as part of your feed.

So, what kinds of subjects are on it? The subjects on Topics run the gamut from sports to entertainment to video games. When a user selects one of them, they will start to not only see tweets from accounts they don’t follow but other Twitter-oriented content that may get lost in the shuffle.

Topics allow users to see tweets, links to articles and other information related to their chosen subject

Twitter began testing this feature in August on Android devices before starting to make it a primary component. The goal of this new feature is to help new users jump into Twitter and find conversations they are interested in. Rob Bishop, who is heading up the Topics team, commented on how troubling it can be for any user.

We know that the main reason that people come to Twitter is to keep up on the things that they’re interested in. The challenge is it’s really quite difficult to do that on Twitter day to day.

Twitter’s Topics feature will be implemented on November 13.

What do you think? Plan on using this feature on Twitter? Let us know down below in the comments or carry the discussion over to our Twitter or Facebook.