We’ve all wondered what plans Facebook had up their sleeves for the Oculus Rift. Thanks to a recent report, we now know that they’re developing VR apps. 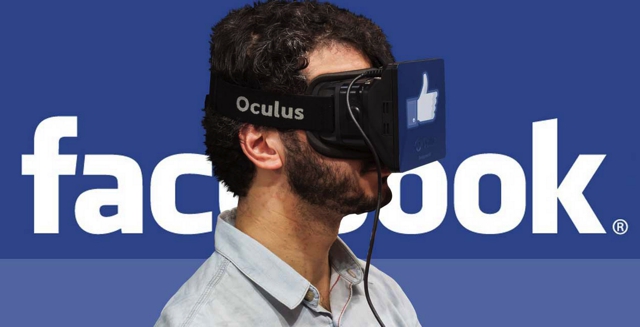 When Facebook purchased Oculus Rift for $2 Billion nearly a year ago a lot of people in the tech community were skeptic about its future plans with the virtual reality headset. We all had an idea, but it was still unclear if the company was planning to utilize virtual-reality for their social media platform. Turns out they are, Recode reports.

According to the report, Facebook says it’s developing virtual-reality apps that users will be able to experience, and even going as far as creating VR content, because that’s what we want on Facebook, a way to experience the multitude of baby photos and often wrongly credited quotes in a new plane of virtual existence.

“You realize, when you’re in it, that you’re looking at the future, and it’s going to be awesome. When you’re in Facebook, you’re just sending around these bits of experience — a photo, a video, a thought,” Cox said, whereas with VR, you could be “sending a fuller picture.”

When asked if users would be able to create content, Cox replied “Totally. You’ll do it, Beyoncé will do it.”

It’s still unclear at the moment when Facebook users could expect to see this, but we wouldn’t recommend holding your breath. According to Cox, this may not be something that we’ll see “for a while. We’re probably a long way from everyone having these headsets.” Bummer. I was really looking forward to rejecting game invites with the Oculus.