Yaheard is a new social app for arguing, as if Twitter doesn’t exist 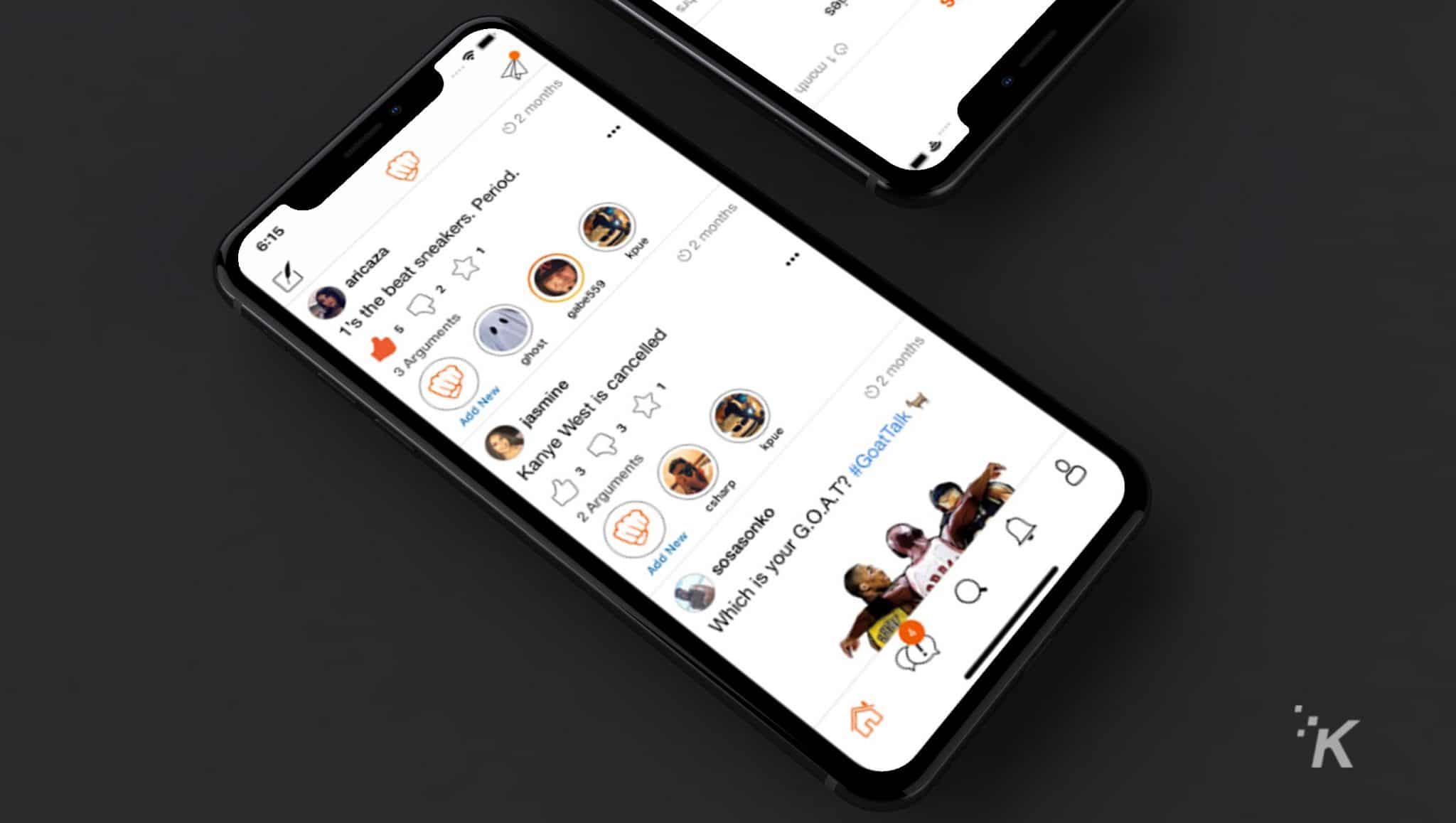 If you have been using social media for as long as many of us, you know that everything is awful. Twitter is a literal hellscape of unwinnable arguments and trolls, while Facebook has destroyed our trust in reality itself. Arguing on social media is a fools’ errand. So, of course, there’s a new app specifically for that.

It’s called Yaheard and is available now in the Apple iOS store. Originally launched in 2016, the apps developers were inspired by ESPN’s “First Take”, which is a sports-related yelling match between talking heads. So they made an app for which the entire point was arguing.

Yaheard allows users to post statements (I’m sure that’ll end up not abusive), discover and view trending arguments, engage in face-to-face arguments (I’m sure that’ll end up not sexually graphic) and keep track of ongoing arguments. It’s fuel on an already wildly out of control blaze that is picking apart the social internet one insult at a time. Conversely, it could also be a healthy way to express oneself without an out-of-context retweet and getting canceled.

Arguing on Twitter (which is why most of us rise out of bed in the morning) is giving us anxiety and generally destroying our mental health. Depression itself has become a meme, which (as a person with depression) actually kinda helps, but is certainly fueled by Twitter. So do we really need a dedicated app for arguing with friends and strangers when we already do it on every other social app besides TikTok?

Part of me wants to completely trash the concept, especially in the current political hellscape we find ourselves in

But a tiny part of me, somewhere down in the cockles, understands that perhaps a type of argument-focused Thunderdome could be the salve on a growing mental wound in our squishy skull pudding. As long as there are rules. Which there never are, no matter what any app developer says. People will attempt to abuse and be general shitheads, no matter the restrictions.

There are already so many ways for us to slowly descend into madness on social media. Arguments, no matter how right you may think you are, can often never be won thanks to the sheer stubbornness and ignorance of most of the general populace. Do we really need another app to not win arguments on?

Sure, healthy discussion and general arguments on valid points are important to moving the overall sociological conversation forward, but we’ve clearly moved past that civility. Users are more focused on just being general shitheads than either seeking to educate or be educated.

We’re all cynical assholes now, focusing on stroking our own egos and refusing to back down. Unless Yaheard has a humility function, a new app for arguing on social media is just another kick in the face from a stranger. But, like the abusive relationship we have with social media, that shouldn’t stop it from becoming a popular place to get our asses kicked.

What do you think? Is Yaheard an app that you have any interest in? Let us know down below in the comments or carry the discussion over to our Twitter or Facebook.