Want to pay to see someone’s tweets? We have some exciting news. 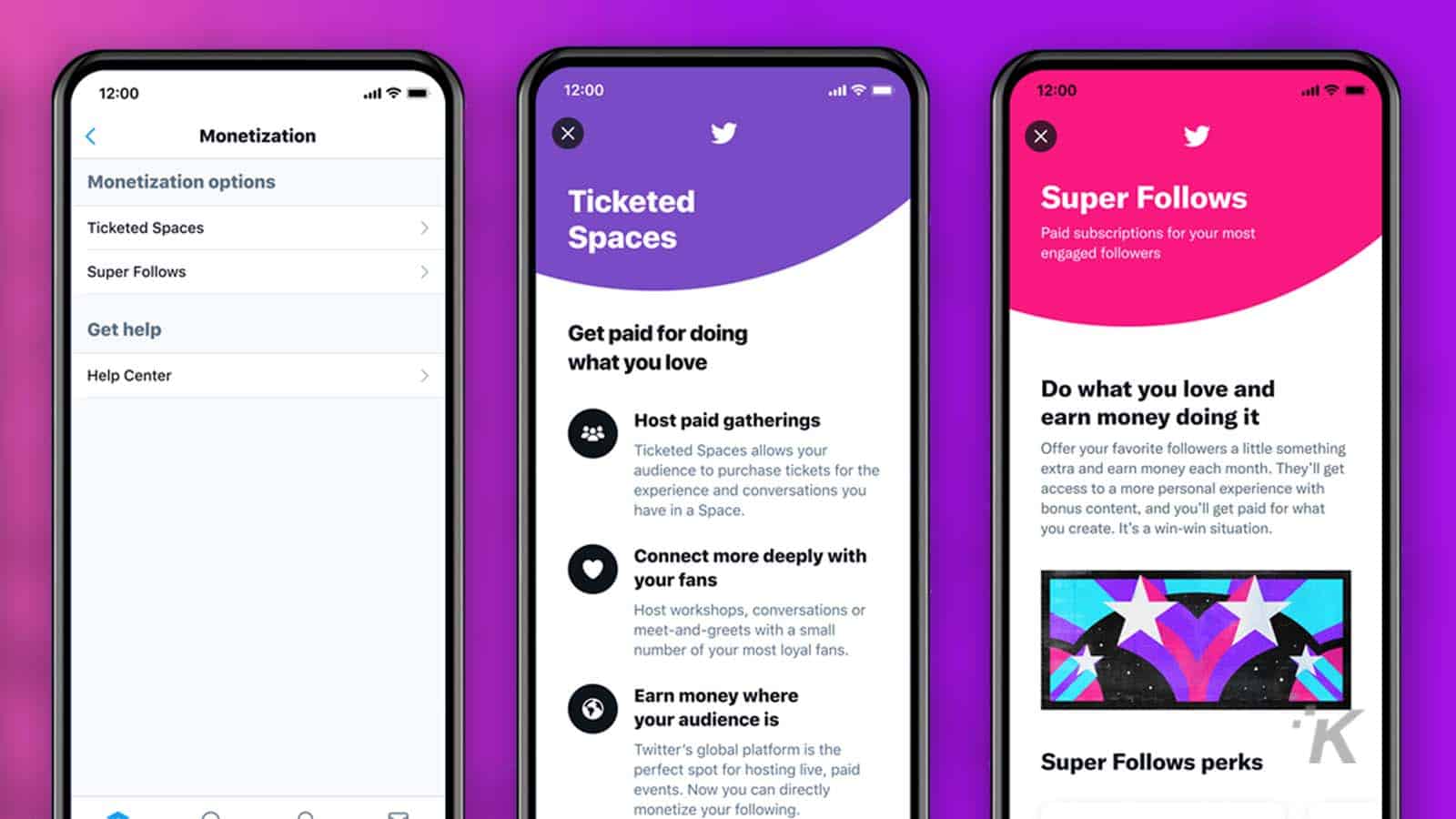 You can check your eligibility in the new “Monetization” option, which appears in the slide-out sidebar. Super Follows gives users the ability to monetize their Twitter, with $2.99, $4.99, and $9.99 options to give subscribers some extra content that the rest of their followers won’t see.

Ticketed Spaces allows users to sell tickets to Twitter’s social audio feature, Spaces, where they can set a ticket price of between $1 and $999, and set moderation options like a room-size cap.

Twitter says that the test participants will keep 97-percent of the money they make, once iOS or Android takes their cut for the usual in-app monetization. That’s about 68-percent of the subscription costs, which is a very generous profit-sharing scheme. If users make over $50,000, Twitter will increase its cut to 20-percent, after the app store takes its cut.