Whatever you play on, we’ve got a game for you. 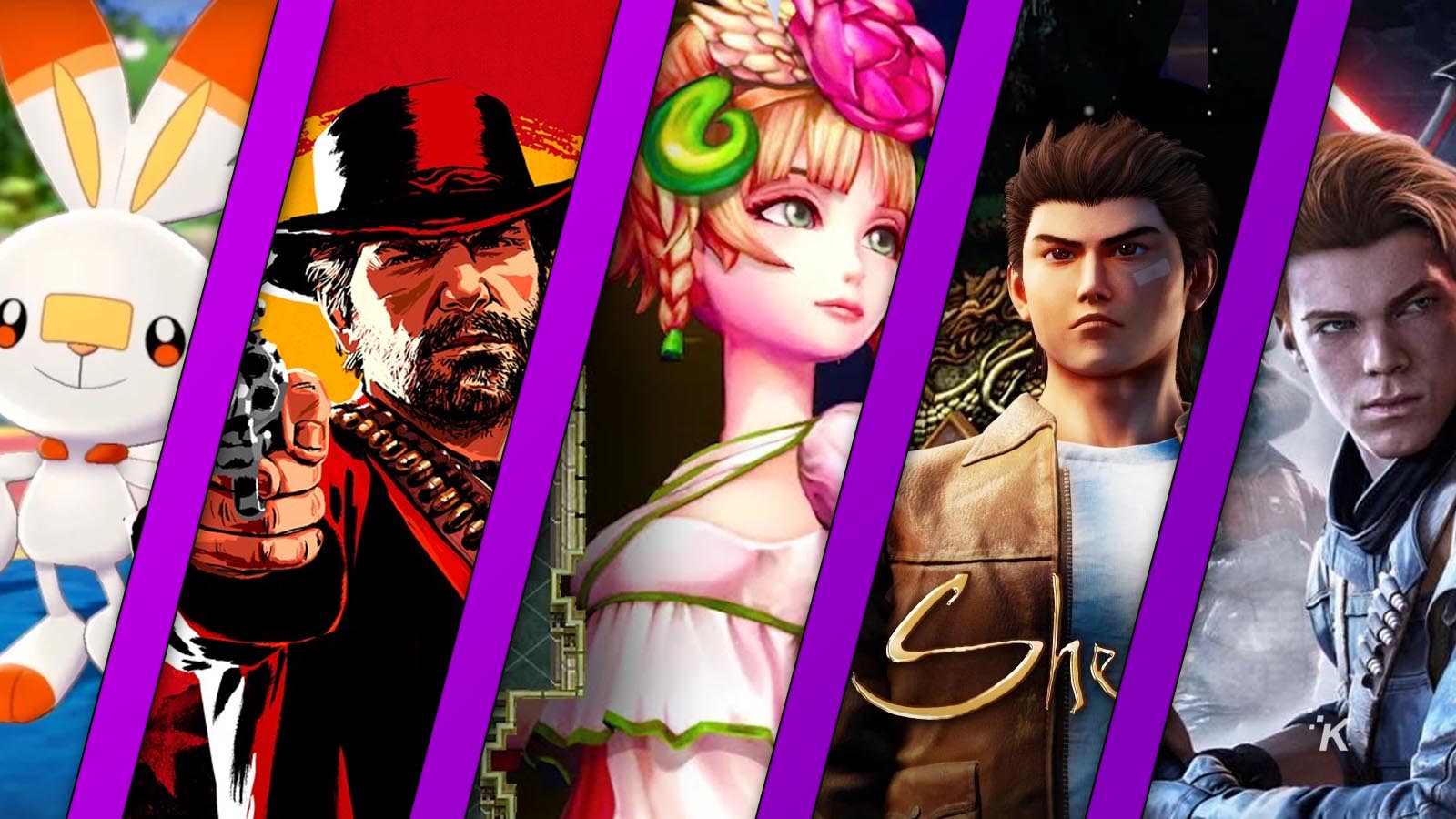 We play games at KnowTechie. Many of them are your standard, big-budget titles, and there is nothing wrong with that.

The holiday season is a hot time for gaming, so Kevin, Joe, and I have come up with a list of games we are looking forward to in November 2019, check them out below.

November is when many of us stop adventuring outside, making it the perfect time to show your gaming platform of choice some love. Whether you like racing games or cinematic adventures, there’s a little something for everyone.

I have many fond memories of playing Need for Speed throughout the years and while some of the more recent titles had their fair share of issues, the upcoming Need for Speed: Heat definitely looks interesting.

Combining both the track and street racing modes of past titles, Heat looks to offer something for fans of either type of race. Playing with friends also looks like fun, as you can create a club with your friend and see each other’s cars in your shared garage.

Honestly, I don’t care about any other title on this list. They might be cool, but they’re not Pokémon cool.  Pokémon Sword and Shield is the latest full-fledged title in the series and brings with it a new location, new Pokémon, and plenty of new things to discover and enjoy.

If you are looking for the next great game to grace your Nintendo Switch, look no further.

Pokémon Sword and Shield release on Nintendo Switch on November 15.

Yes, this came out last year for consoles but the PC version of anything Rockstar is the seminal version. I can’t wait to get my rootin’ tootin’ cow rustlin’-shootin’ on, in the highest graphics settings available.

Plus… every OTHER WRITER here has already played it because I traded in my Xbox One S for a Nintendo Switch just before RDR2 came out and that’s the only reason I regret it.

If you talk to me after November 5, just know I’ll be imagining you in a cowboy hat and you may or may not get finger-guns pointed at you.

Look, we still don’t really know what this game is all about, other than it stars Norman Reedus as Sam Porter Bridges to wander around and save the world from annihilation. We know there’s a baby, we know Sam can pee to make mushrooms, and we pray that we can’t put the two together otherwise nobody in Australia will be able to play.

It’s Kojima though, do you really need to know what the game is about? You’re going to buy it, he’s never steered you wrong before.

Death Stranding is out on November 8, on PS4. A PC version is supposed to be coming next year.

The Jedi Order is no more… Take on the mantle of a former Padawan in hiding from the might of the Empire and complete your training before it’s too late. Run from Imperial Inquisitors, Purge Troopers, and probably a scary indigenous lifeform or two as you span the galaxy to revive the Jedi Order.

Use the Force, slice everything with your lightsaber, and squee over your droid companion, BD-1. You’re aided by a former Jedi Knight, and a prickly pilot… wait isn’t this just the first trilogy all over again? All we need is a big hairy Wookiee…

Anyway, no self-respecting Star Wars fan should sleep on this (unless you’re a Sith fan, then maybe playing as a Jedi won’t appeal so much). Grab your lightsaber on November 15 and get in on the action on PC, PS4, or Xbox.

Not really a game, but Stadia releases on the 19th and I can’t wait for my hardware to arrive

When Google opened up preorders for the Founders Edition of their upcoming cloud-based gaming system, Stadia, I jumped. I mean, I’ve got Google Home Minis everywhere, I just got a Pixel 4 even though I’ve had terrible luck with every other Google handset for years, and most of my digital life is stored on Google Drive. Of course I was going to grab the hardware for Stadia.

Anyway, while I wait for shipping details for my hardware, have a look at the game list at launch. It might not be that big, but it’s a good selection of the latest titles. All can be played at 4K, 60 FPS if you have the $9.99 a month Pro subscription, or you’ll be able to play at 1080p without a subscription starting next year. I like the freedom that being able to play across different devices brings, and can’t wait to see how well it works in practice.

If you’ve not played the first two games in this series, just know that they are credited with creating the Quick-Time-Event (QTE) that every game seems to have now. If you’re not put off by that fact, grab a copy of the long-awaited third title in the series and step into 18-year-old Ryo Hazuki’s shoes, as he avenges his father’s death.

This time around, he’s after the Phoenix Mirror, some mystical artifact that his father’s killer wants. How he knows this, I have no idea, but that’s generally the way of things in martial arts games. Protagonist loses ///father, goes on a rampage to avenge their death, and to try and grab ancient shiny stuff that the killer wants to do evil things with.

If you love 16-bit JRPGs, you won’t want to sleep on this gem. Romancing SaGa 3 hits your mobile devices (okay it’ll be hitting pretty much all your devices) on November 11, yes that’s Single’s Day in China so that’s a happy coincidence. Originally released on the SNES in 1995, it never made its way to an English translation at the height of JRPG love for Square on that console, but now it’s been remastered and refreshed and coming to your phone.

It’s your typical story, big apocalyptic event every few hundred years, demons, a team of heroes, and a turn-based fight system that should be well suited to the mobile screen. You pick one of eight characters to start, all with their own backstory, plot lines, and unique side missions. Sounds like your commutes won’t be boring for a while.

We don’t know pricing yet, but the 2nd installment was $17.99 when it released so expect a similar price tag.

What games are you excited about in November? Let us know down below in the comments or carry the discussion over to our Twitter or Facebook.