This is a fun game. 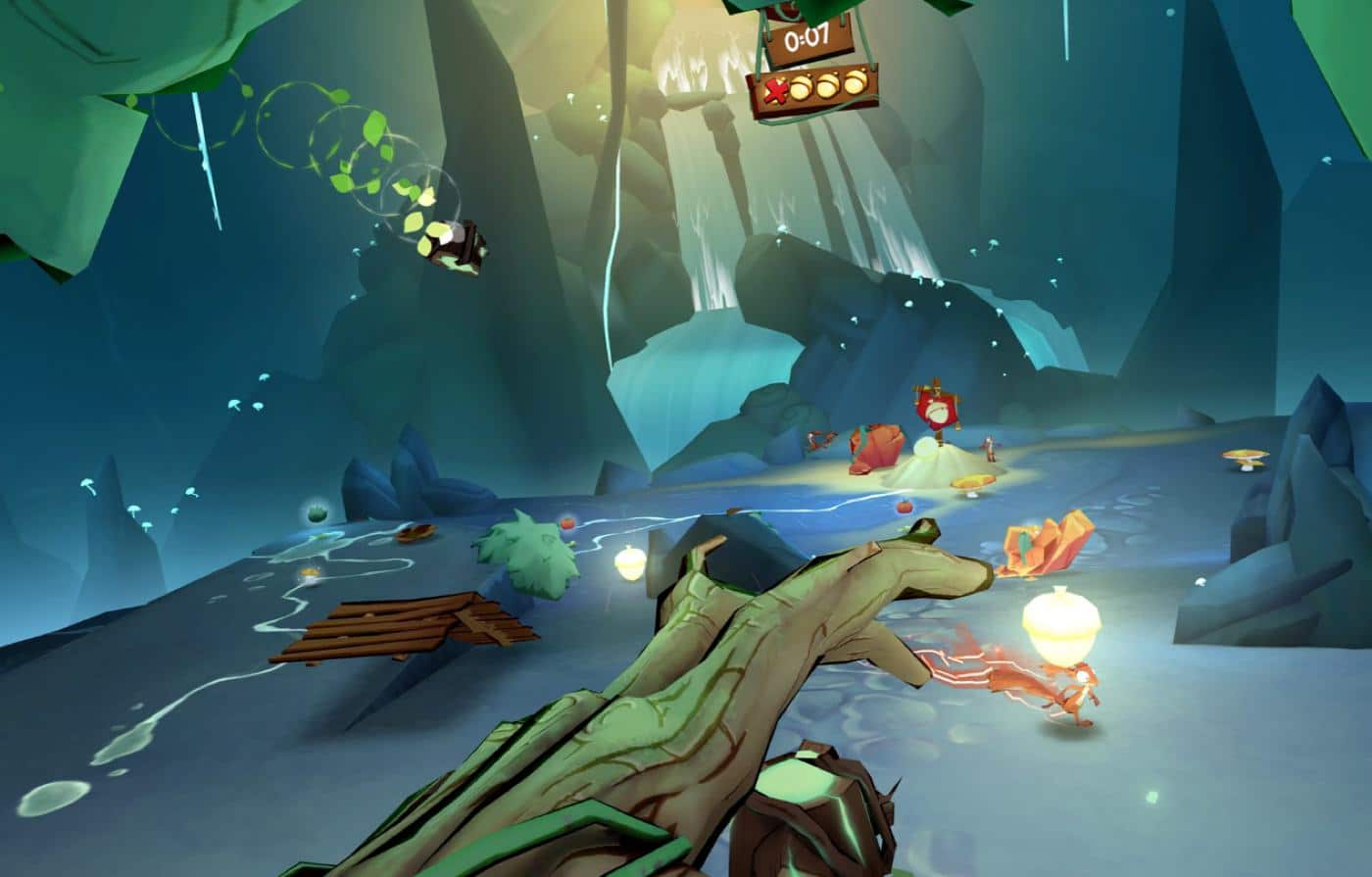 Let’s say you have both a VR headset

and friends. Further, let’s say those are in the same place. You want your friends to experience VR things, but what sort of titles can you play that keep everyone involved?

is a good one, with the headset user defusing a bomb that only they can see. Beat Saber

is great because not only is it fun for the player, it’s fun for everyone watching because it’s a performance-heavy game.

There aren’t a ton of titles out there that solve the “one headset, many players” problem, but Acron: Attack of the Squirrel by Resolution Games is looking to address that.

Here’s a quick trailer to give you a sense of what Acron: Attack of the Squirrel is all about

Acron: Attack of the Squirrel (that’s not a typo, it’s ACRON and not ACORN. I dunno, I didn’t name it) is a game where the VR player is a giant tree and up to 8 local players can hop on their phones to steal golden acorns from the tree player. The tree gets a gooey, stick puddle they can throw, a vine ball that throws like a baseball, and a much larger vine ball that throws more like a wrecking ball or bowling ball.

On the squirrel side of things, there are several squirrel types and you can change dynamically each time the big tree knocks you out, including a type that can carry a giant shield, a squirrel that can build ramps, one that can briefly tunnel, and more.

Perhaps most satisfying is that as the tree you can also straight-up grab squirrel players that get close to you then throw them into oblivion. It is exactly as hilarious as it sounds.

Matches last just a few minutes, so it’s easy to pass the headset around and take turns being the tree, keeping everyone involved the whole time. It’s a blast.

Acron: Attack of the Squirrel is available now on Oculus Rift and Oculus Quest as well as Steam for VR, where it’s $19.99. The companion app for squirrel controllers is free, available for both iOS and Android.

What do you think about Acron: Attack of the Squirrel? Let us know down below in the comments or carry the discussion over to our Twitter or Facebook.