Alexa and Cortana just gave each other a sloppy, wet kiss

A year after it was first announced, the voice assistant collaboration between Amazon and Microsoft has become a reality. 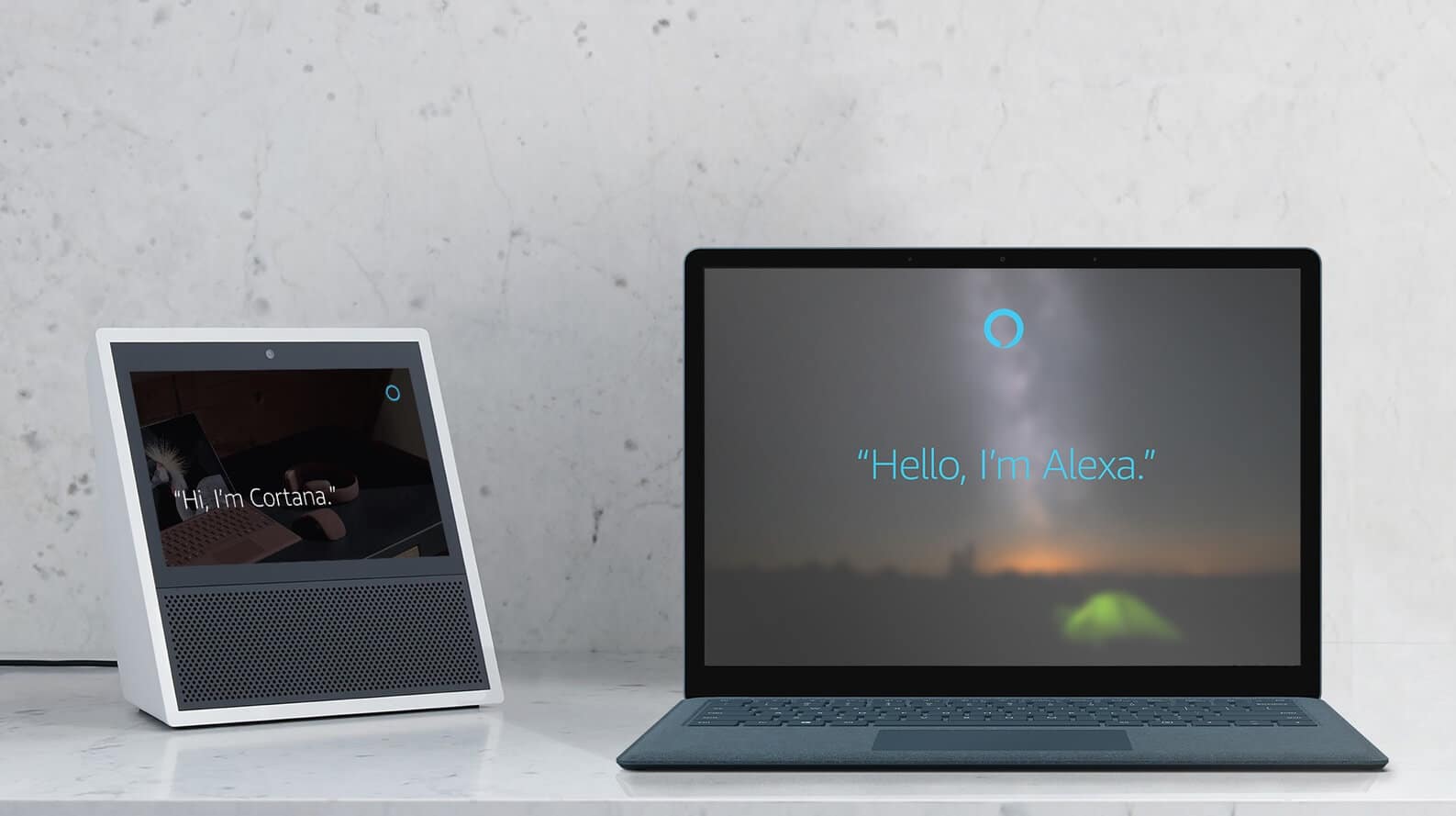 A year after it was first announced, the voice assistant collaboration between Amazon and Microsoft has become a reality. The setup will see Alexa arriving on Windows 10 devices and Cortana coming to Amazon’s Echo speakers. Once installed on the respective devices, all you’ll have to do is ask one assistant to “open” the other, according to CNET.

The cooperative effort is live beginning today, Aug. 15, through an early access public preview. The idea is for each voice assistant to benefit from the other’s strengths. For example, Alexa can now use Cortana’s deep access to Microsoft Outlook’s email and calendar day, while Cortana benefits from Alexa’s smart home controls and growing library of third-party skills.

A Microsoft spokesperson explains, “Our goal is to create a seamless integration and this is our first step towards achieving that goal.”

In addition to Windows 10 devices, Alexa will be able to work on Harmon Kardon’s Cortana-powered Invoke smart speaker.

While the integration remains in beta, you won’t be able to access some of the assistants’ features on the other company’s devices. For example, as Engadget first noted, you can’t ask Alexa to read an audiobook for you on a Windows 10 PC or ask Cortana to play music for you on an Echo speaker. Still, the companies promise that the experience will become better and more robust as they become available to more people over time.

To test the beta, say “Hey Cortana, open Alexa” on a Windows 10 PC, or say “Alexa, open Cortana” on an Echo device.

Is this integration something you think is worth considering? Let us know below.

In other tech news on this Wednesday, see: