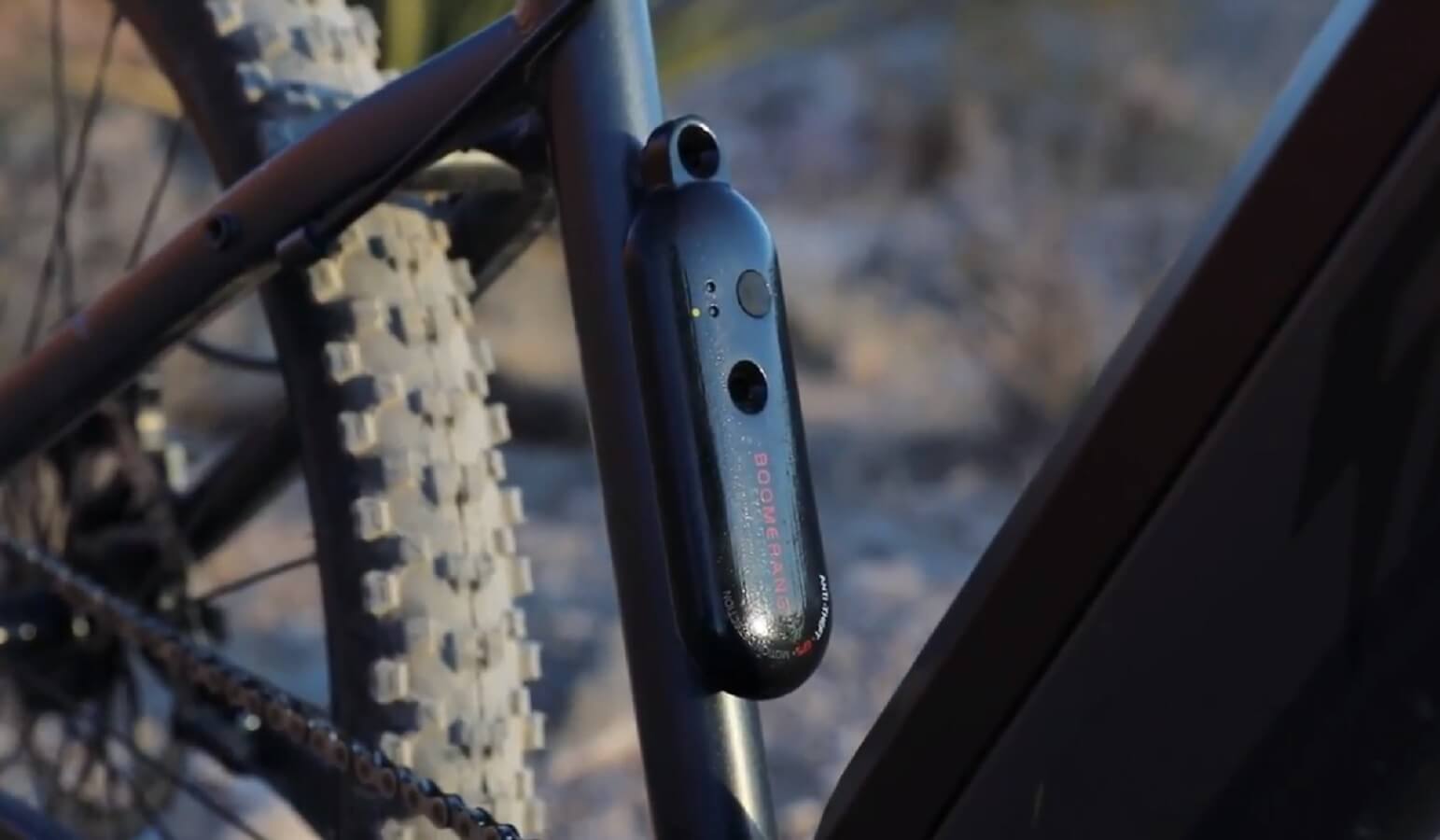 When your bike is bumped, touched, looked at funny, jostled, kicked or the subject of an attempted theft you are generally nowhere near this clear and present danger to your current mode of personal transportation.

As a cyclist, I know the anxiety that comes with leaving your bike outside while you go inside. You just pumped your thighs for 27.4 miles to get this flat American white from a coffee shop nestled between an antique thermos store and a tanning salon two townships over, the last thing you need is someone stealing your bike.

I’m not one to normally endorse any kind of bike security outside of the chain still wrapped around my bike, the same chain I got when I was 13 and my first bike was stolen. I’ve lost at least three bikes to the wild, two of them with rudimentary locks that were easily displaced, one of them left unlocked and sitting on a sidewalk a mere ten feet from me. The point is, people steal bikes and people get bikes stolen.

More about the Boomerang CycloTrac

The Boomerang CycloTrac GPS uses cell signals to keep in constant communication with the companion app on your cell phone that is strapped to your bicep. Or jammed into your bike shorts. I personally wear basketball shorts over compression shorts so I don’t look like a grape smuggling jackhole whose butt sweat is the Rorschach test of fitness. The Boomerang CycloTrac has a lot going on besides just a GPS signal to your phone in case of attempted theft or tiny graffiti.

Aside from the GPS chip, the Boomerang CycloTrac has Verizon Cellular radio plus a TI CPU and other sensors including the ability to create a Geo-fence. While having the alarm armed all the time might be fun in busy areas where your bike might get bumped a lot, this has to be armed through the app, where you can also watch your bike on a map to see if it moves. The only downside of this plan is being able to run faster than the person who stole your bike and is currently trying to pry the Boomerang CycloTrac from your bicycle.

This would be kind of boring if it was just a security device, so it’s not. The CycloTrac also tracks your ride analytics through the app. Favorite routes, distances, a bunch of other stuff that you can screenshot and post on Facebook.

How much will this set me back? 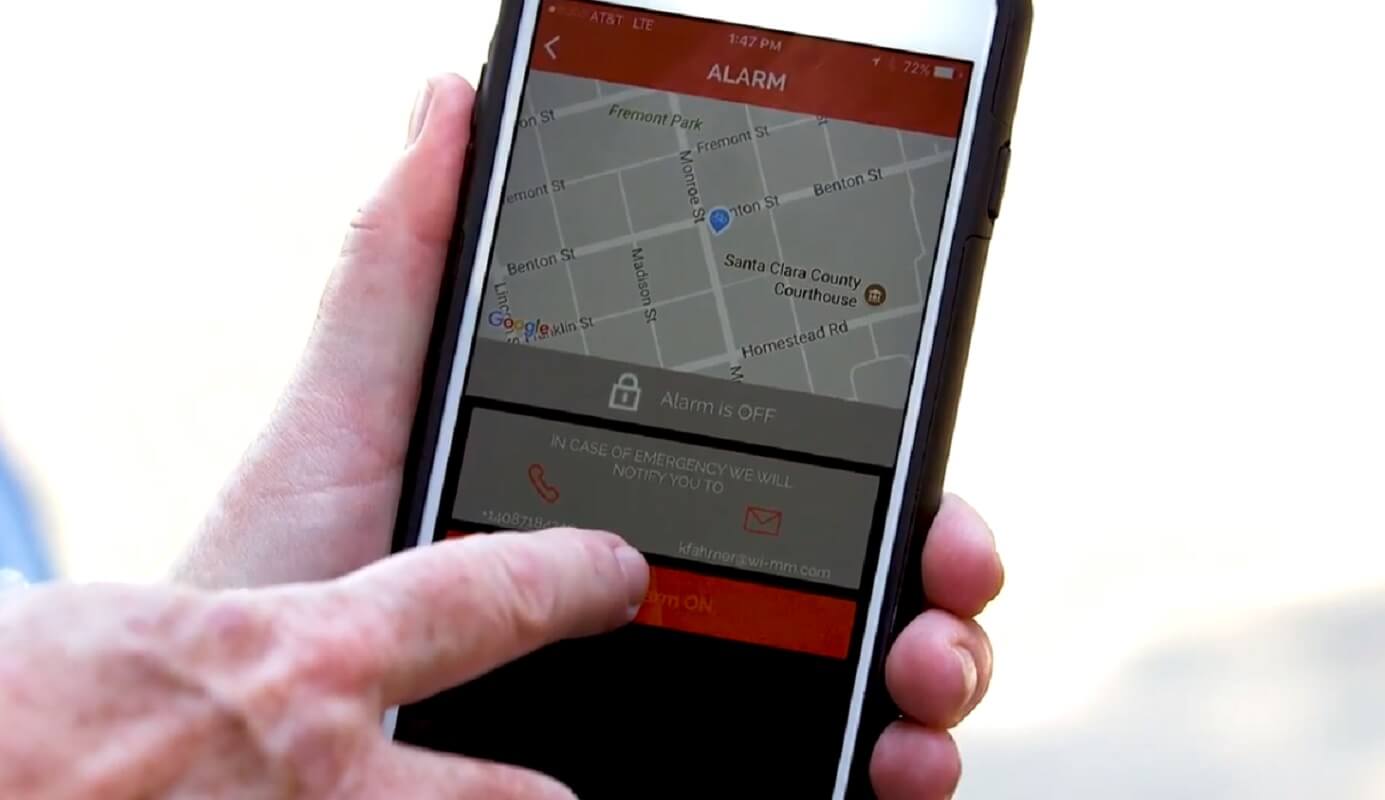 The Boomerang CycloTrac retails for $155 and is about the size of a bike pump. How much would you pay for bike security? Not that much? Ok, then how about the Boomerang CycloTrac V2 which is a fraction of the size, less noticeable by thieves and is currently running an Indigogo where you can get one for $98? How much did you spend on your Cannondale? Your Trek? And all you are using for security is taking your tire with you into your therapist’s office?

The CycloTrac V2 boasts 10 hours of in motion battery life, 2-3 months when stationary. The GPS is in the device itself (obviously) so if someone tries to pop it off, you’ll know. But really, just having a blinking GPS device on your bike would deter most bike thieves. There is boldness to stealing a bike in broad daylight, but thieves would want it to be an easy theft. Having the Boomerang CycloTrac V2 on your bike makes it anything but.

What do you think? Is this something you’d use? Let us know in the comments.