Boston Dynamics has developed a robot that knows parkourWHYWHYWHYYY

Welp, we had a good run. 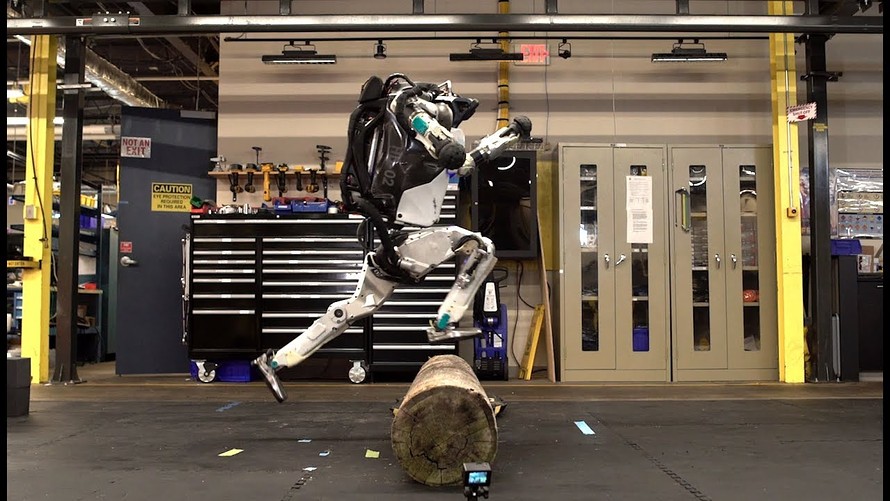 Do you remember when the most advanced AI being created by our nation’s top minds were lovable robodogs that could be upended by a banana peel? What innocent times those were. Looking back, they’ll probably be looked at by (robot) historians as our Skynet moment.

Jesus f*cking Christ on a sh*tstick, what have we done. Are there people honestly applauding this? Not only are robots smarter than us, but now we’re literally training them to build houses (or more likely, tear down houses), chase our fat asses down, and murder us. Great. Fantastic.

Dubbed “Atlas”, the robot weighs roughly 180 pounds and is capable of effortlessly leaping between steps with a height of 40 cm. Steps… you know, like the giant steps towards the apocalypse we are taking by allowing something like this to exist.

As the video description reads,

Atlas does parkour. The control software uses the whole body including legs, arms and torso, to marshal the energy and strength for jumping over the log and leaping up the steps without breaking its pace … Atlas uses computer vision to locate itself with respect to visible markers on the approach to hit the terrain accurately.

It’s like someone watched Terminator and went, “Wow, that was horrific, but yeah no let’s do that.”

I hate to say this, but ELON MUSK WAS RIGHT. I wish I could say that this is how it begins, but we’re so, sooo far past that. This is how it ends. Pandora is out of the box, you guys, and he’s already gaining sympathy from the very beings he’s set to destroy. Next, you’ll be telling me that “Atlas” has even developed the perfect golf swin-

Goddammit. God all of the dammits.

What will you do with your remaining time on earth? Let us know below.