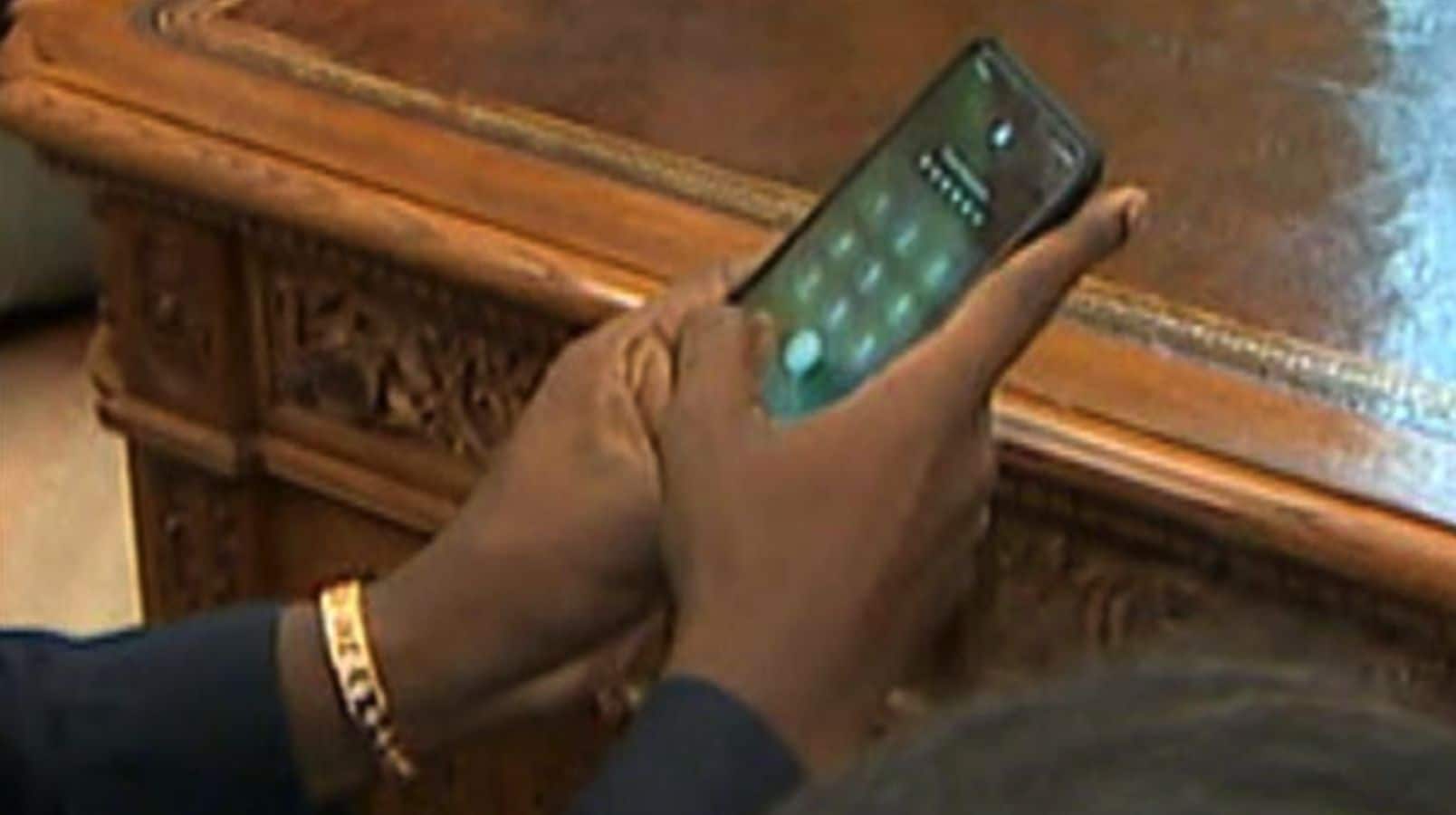 So Kanye West was in the White House yesterday. I don’t know why. Neither does anyone who claims to. If the videos circulating Twitter are any indication, it appears that the rapper/MAGA supporter sat down with President Trump to spew Jayden Smith-level galaxy brain takes about time “not being real” under the guise of a discussion about the opioid crisis.

Our country’s doing so great, you guys.

Why was Kanye West meeting up with President Donald Trump in the first place?

Needless to say, the meeting was weird. Beyond weird. Never-could’ve-been-anything-but weird. At one point, Kanye pitched Trump the idea of replacing Air Force One with a hydrogen-powered airplane created by Apple while dozens of photographers gleefully snapped away because this is Hell, we live in Hell.

Kanye West thinks Trump should ditch AirForceOne for this plane to be manufactured by Apple #tictocnews pic.twitter.com/7dBcOVhHlr

But the most bizarre moment of the meeting was not when West equated the 13th amendment to a trap-door (?) in the Constitution (??) controlled by the Unabomber (?!?!!), believe it or not. No, it was the revelation that Yeezy — the musician, the fashion mogul, the creative “genius” and artist extraordinaire — uses “000000” as the password to his phone.

Now, you could make the argument (as some Reddit users have) that Kanye simply changed his password to allow for easy access to his iPlane mockups during the meeting. You could argue that. But doing so would be to disregard literally everything that we have to come to know about Kanye since his very inception into the public eye.

As CNN’s Clay Cane stated in his “Hey, 2010 called” op-ed, Kanye West is not mentally unstable. He is arrogance and ignorance personified. He is Jonah Ryan with less self-awareness — a rambling, incoherent man-baby surrounded by so many yes men that he’s lost even the faintest connection to reality.

OF COURSE, he would have 00000 as his password. He probably thinks 000000 is some Pi-esque code that reveals God (who is also Kanye). The password to his computer is probably “guest” because time is a flat circle and any other password is a false dichotomy designed to strawman you into the fiendish claws of the proletariat.

Hey, those are Kanye’s thoughts (probably), not mine.

What are your thoughts on this? Is Kanye West a bozo or what? Let us know down below.