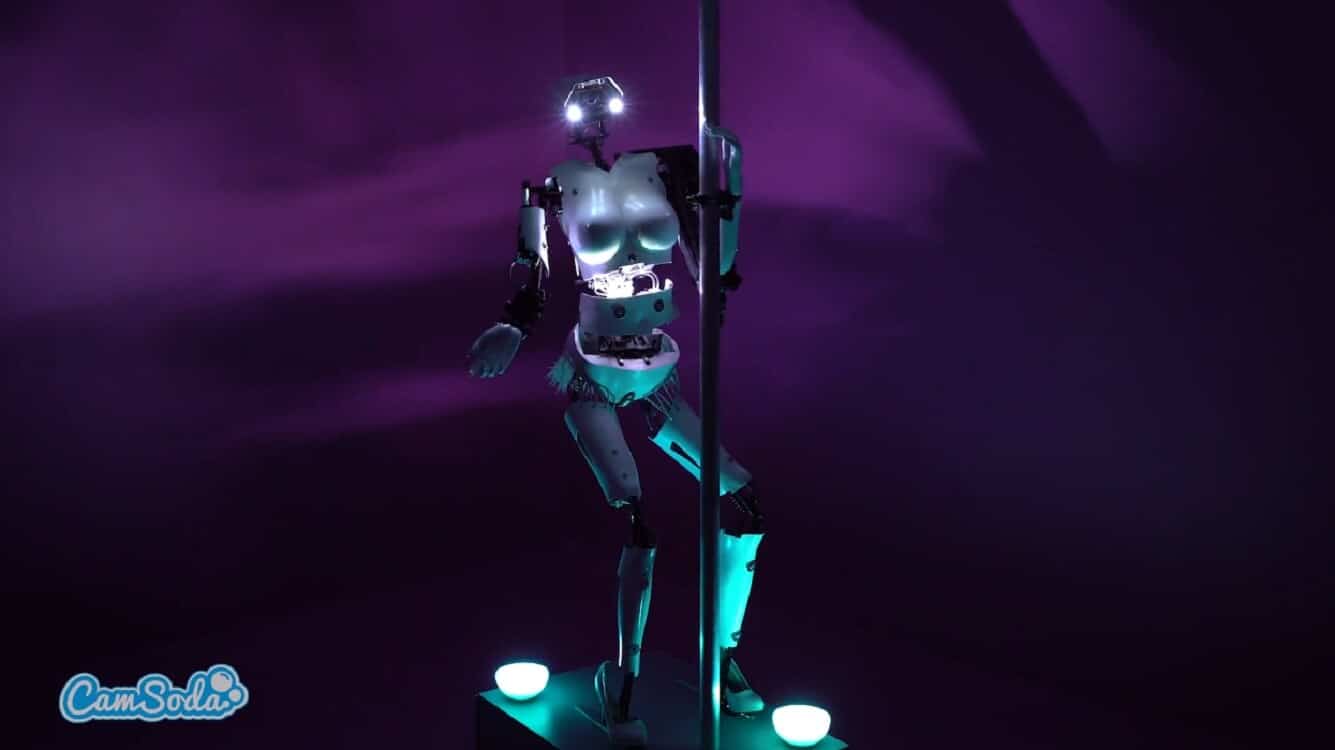 What do you get when a camming site somehow gets its grubby hands on a twerking robot with five motors and names it CardiBot? You get a reason to stay off the internet for a little while as everyone just calms the fuck down and stops trying to hump their toaster ovens.

This twerking robot comes to you from CamSoda, which is what, like the third or fourth most popular cam site out there? Regardless, it’s a site that has resorted to silly stunts before to bring attention to its existence. Now, it has co-opted an art installation because your genitals are apparently Bender on a bender.

If you weren’t attracted to this twerking robot when it was stealing headlines at CES, you probably won’t get your wrench in a screw now. But if you are curious to watch a former piece of art that was a commentary on the surveillance state twerk, dance, shimmy and shake then good luck reconciling the depths of that reality with your therapist.

Sure, you could get yourself a nice little sex robot, but who can afford that? So you are resigned to sweat away your dark nights in front of a monitor, satisfying your sex robot fetish by staring at a curved piece of metal shake its LED nipples like a twisted light show from a rave you weren’t invited to.

There is so much more to unpack here about this twerk-bot. It will be available once a week for free public shows. Users can request conversation or specific movements, or take CardiBot into a private session, in which it will perform tasks initiated by tips, like most cammers. Apparently, CardiBot will also eventually use machine learning and teledildonics. Plus, it appears they are already commanding their own paychecks, starring in adult films.

We don’t have to get into the future of sex robots and what this means for humanity and the social and psychological impacts of integrating sex robots into society at any level, but we do have to get into why in the hell you would want to pay to watch a robot twerk and do, well, not much else. Sure, it might be able to dirty talk at some point and connect to your rusted junk through teledildonics but c’mon, there are cam performers for that.

While this is nothing more than a stunt, CamSoda, like other camming sites, is full of actual humans trying to make a living. So if you are spending any money on a cam site, it better be to tip the actual humans twerking for you and not the damn robot. Camming is a performance art and programming a robot with five motors to move a little bit in a suggestive manner should not supplant any income that would normally go to a flesh and blood performer. But, it does serve its purpose, as here I am, talking about CamSoda.

There is a sense of strange novelty about this, like fantasizing about Kim Basinger’s “Holli Would” in Cool World or Jessica Rabbit or Data getting with Tasha Yar. There is a place for robot sex in our society, but at some point, it’ll just lead to humans toiling near the floor, cleaning up spilled-in-robo-pleasure three-in-one oil and Petro-Gel while our robot overlords watch other robots twerk.

What do you think about the prospect of twerking robots? Let us know in the comments below.