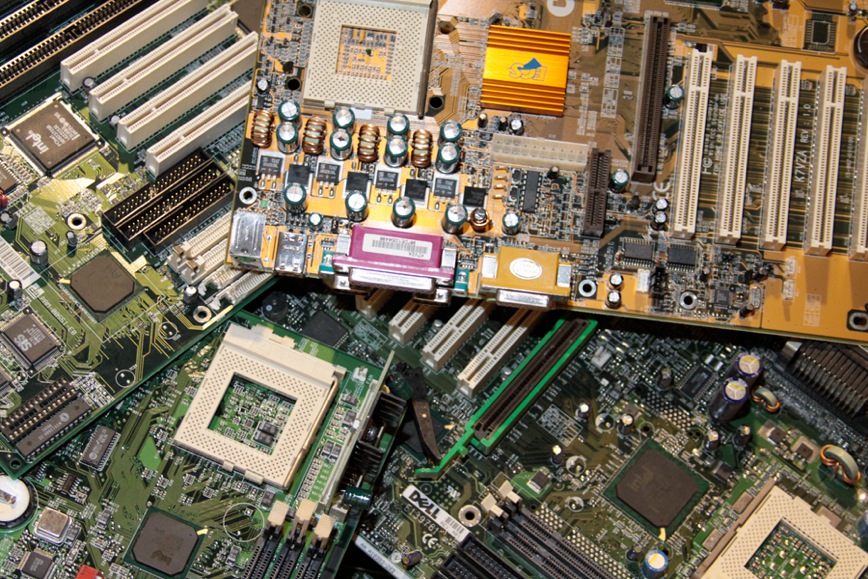 PCBs are essential pieces of hardware – there is no electronic device built without them. Now, Chinese researchers found a method to safely recycle them.

Electronic circuits such as PCB (Printed Circuit Boards), found in discarded computers, mobile phones and other equipment, can now be recycled in a way that is less damaging to the environment, thanks to a technique developed by Chinese researchers. Unlike existing methods, it can be used for recovering valuable metals such as copper, without releasing toxic fumes into the environment.

PCBs are made of insulating layers of fiberglass and resin, on which electronic components are mounted and interconnected. The number of PCBs manufactured around the world is growing at a rate of about 9% per year, with China and Taiwan alone producing more than 200 million square meters of these electronic boards every year.

Creating one of these boards is quite easy these days, using a PCB design tool. However, the problem starts further downstream as, currently, only a small amount of PCBs undergo a recycling process. They are typically placed in copper smelters, which presents the risk of releasing toxic fumes which are harmful to the environment. Most boards are simply incinerated or thrown into landfills, releasing toxic pollutants, such as heavy metals and dioxins, into groundwater and the atmosphere.

Researchers at the Shanghai Jiao Tong University, in China, believe that their PCB recycling technique can solve this problem. It involves grinding the plates and using a high voltage electric field to separate the metallic materials from nonmetallic ones. The metals can then be recovered by vacuum fractional distillation, while the non-metal components can be compressed into plaques for use as construction material.

They tested their technique with 400 kilos of printed circuit boards, collected in deposits of electronic workshops and household waste. A machine with rotating cutters crushed the plates and a hammer mill pulverized to particles less than 1 mm in diameter, a procedure that separated the metal and non-metallic components. The huge difference between the conductivity types of the two materials allows them to be separated using a high voltage electric field.

Derek Fray, from the Cambridge University in England, is also a researcher in the field of material recycling and reprocessing, and says that this innovation will be important to recover resources that would otherwise be discarded:

“This is an interesting technique that can be part of a portfolio of technologies to treat printed circuit boards. It is also good for the environment, as fumes and leaks of harmful materials can now be avoided.”