To make some cash, some movie theaters are renting out their screens to gamers

Time for some serious gamer hours. 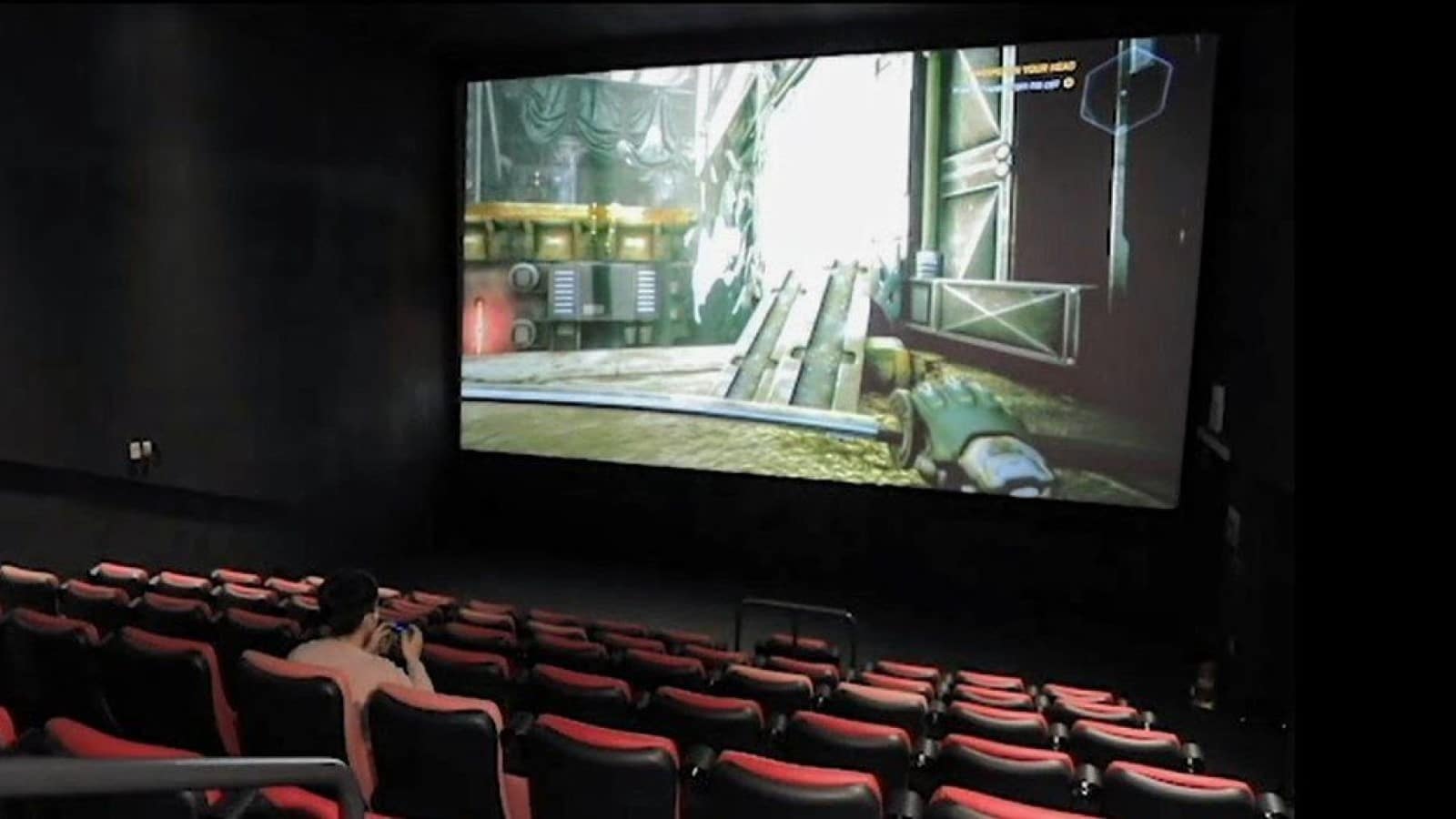 As the pandemic has played out, one of the sectors most affected has been the theater industry. With stay-at-home orders, social distancing, and general wariness from the public, movie theaters have suffered. To recoup some needed revenue, some movie chains are thinking outside the popcorn box and renting their screens out to private individuals for gaming or private showings.

South Korea’s largest movie theater chain, CGV, is still open to the public, with South Korea’s restrictions requiring a max 50-percent occupancy, but the reduced number of new movies has impacted revenue. To counter this, they’ve been renting out their screens to gamers, with a two-hour timeslot costing around $90 during the day, and more in the evenings.

It’s a novel use for the big screen, and one that I’d personally love to experience for narrative-based games, or anything that doesn’t require twitch-reflexes to play. I imagine it’s not so good for online games where the low refresh rate of the projector would impact gameplay.

CGV is also now in the food delivery game, allowing moviegoers to order everything from popcorn to corndogs for delivery to the safety of their home. With the chain having its own custom-created popcorn flavors, this is a way for customers to have a taste of normalcy, while bringing in additional revenue to keep the chain afloat.

Will we similar schemes in the US, to keep chains like AMC afloat? Maybe, although for the moment, the movie giant has resorted to more traditional cash-raising, creating more shares to sell in December of last year to keep the looming specter of bankruptcy away.