(or not, your choice) 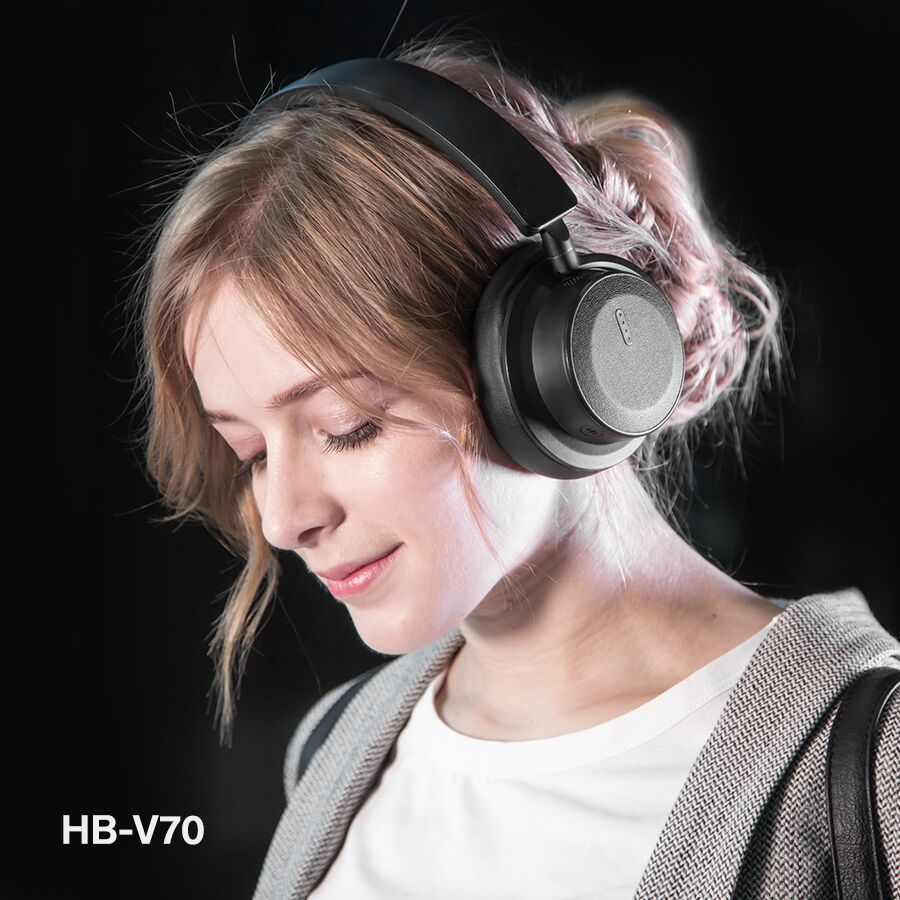 Okay, we all know that distracted driving is a big issue. What about distracted walking? With the rise of MP3 players and mobile phones, has come a rise in accidents involving pedestrians who were using in-ear headphones. That’s something that DJ Direct Inc wants to fix with this new set of over-ear headphones, the HB-V70, currently raising funds on Kickstarter.

The HB-V70’s have a couple of tricks under the hood, both using a sophisticated set of microphones to capture the ambient noise. You might be aware of Active Noise Canceling (ANC) and the benefits it brings for travelers or office workers. Using the same system, this set of headphones also has Open Ear Control (OEC), which uses the same microphones that are capturing the ambient noise to then feed it into the drivers. This makes you able to hear your surroundings, even while enjoying your music at high volume.

If you’re a cyclist, imagine being able to crank up some dubstep, while still being able to hear traffic around you. Or imagine turning on the ANC and tuning out the world during your morning commute on public transit.

More about the HB-V70 headphones

The headphones have touch-control for music playback, come with a companion app for tweaking the sound to your liking, and have advanced motion recognition, so if you take the headphones off – the music pauses. Putting them back on starts your tunes from where you left off.

The HB-V70’s are compatible with Siri and Google Assistant, giving you full voice control of your connected mobile device.

If this sounds good to you, the Kickstarter is running now, with a discount for early backers. The HB-V70’s are $115 during the crowdfunding campaign with an eventual MSRP of $229.00. That pricing is sweet to our ears, a good ANC set of over-ears is often 50% more than that.

The Kickstarter campaign ends on the 3rd of February.

What do you think of the HB-V70 headphones? Interested? Let us know down below in the comments or carry the discussion over to our Twitter or Facebook.