Fortnite Season 9 is here and the future is NEO

Look what they’ve done to my pump shotgun. 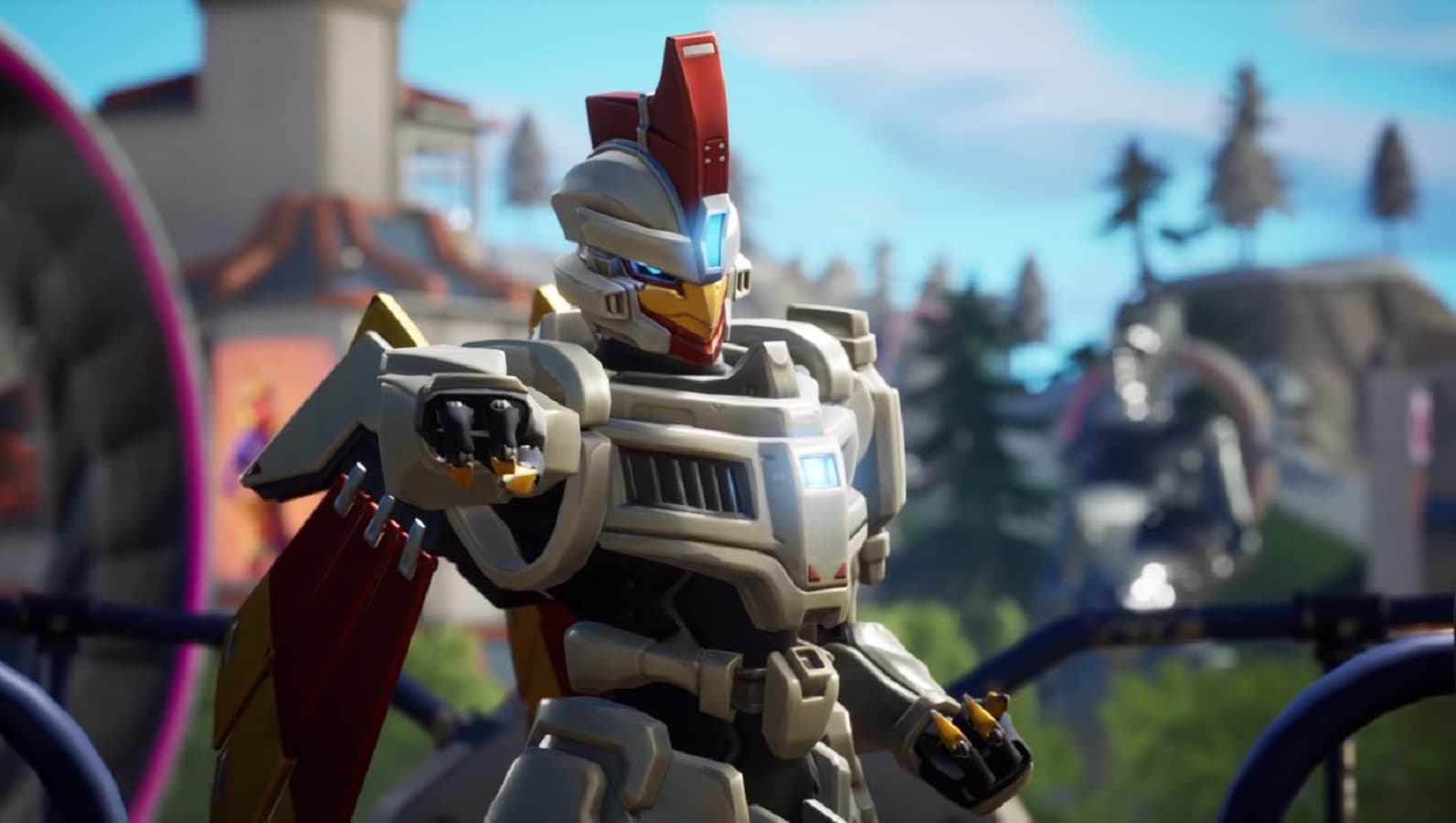 This morning, I woke up to the familiar glow of computer screens from my office at 5 a.m., which means that Season 9 of Fortnite Battle Royale is here. My 11-year old son’s tradition is to get up way too early and get our computers and phones updated. We were able to get on nice and early to check it out.

Fortnite Season 9’s theme is NEO and most points on the map have been given futuristic updates. Tilted Towers was leveled last Saturday but has now been replaced by a futuristic city block called Neo Tilted. It’s now filled with futuristic buildings and bordered by one of the new jetstream tunnels that now allow quick travel around the map. The buildings have air vents to allow easy building-to-building traversal.

Retail Row has been updated with a new mega mall and a bunch of super futuristic shops that all poke fun at common Fortnite memes. Along with another jetstream tunnel, there’s a new floating platform nearby that looks like it could be one of the go-to spots to hold down an area. Retail looks like it could be the new hotbed for loot, but right now it is absolutely packed with sweaty soccer skins and no-skins just waiting to pickaxe you to death.

The overall map updates have a much more vertical feel to it. I like this a lot because, with this verticality, there’s a ton of risk and reward to getting the high ground. These new high points allow players to see mostly everything around them but also don’t have many reliable escape points. Getting cornered up there may result in meeting the ground pretty hard.

On top of the new Season 9 map updates, is a brand new Battle Pass, as well

Going along with the futuristic NEO theme is a Gundam-esque chicken and raven, a bounty hunter, a girl clearly inspired by Battle Angel Alita and a futuristic ninja that probably requires healing. There’s also a Jonesy that has been locked in the vault for a long time, according to Fortnite lore. There are new dual wielded pickaxes and something called Battlechips, which may unlock something like a super Battle Pass skin.

These Battlechips are special achievements that unlock daily. These things look fairly hard or are well hidden across the map in crazy spots. Epic says that finding the chips will unlock the story for this season, but I’m not too sure what that means.

With everything added in, Epic did remove a few things from Fortnite

My trusty go-to weapon, the pump shotgun, has been removed from the game. Along with it, the scoped revolver, thermal assault rifle, balloons, treasure maps, and clinger grenades have been vaulted, as well. The loss of the pump shotgun is a major hit to a lot of pro players, but the new combat shotgun has range, as well as stopping power. We’ll see if the tradeoff is enough to stop pros from whining.

There are some really creative changes for Fortnite Season 9 and with it running for an elongated 84 days, it’ll be interesting to see what changes happen through these next 3 months. I’m pretty sure this is the tip of the cracking iceberg.

Are you going to be flossing your way down to Season 9 of Fortnite? What are your thoughts on the weapon changes? Let us know down below in the comments or carry the discussion over to our Twitter or Facebook.