I’m not angry with you, Google. Just worried. 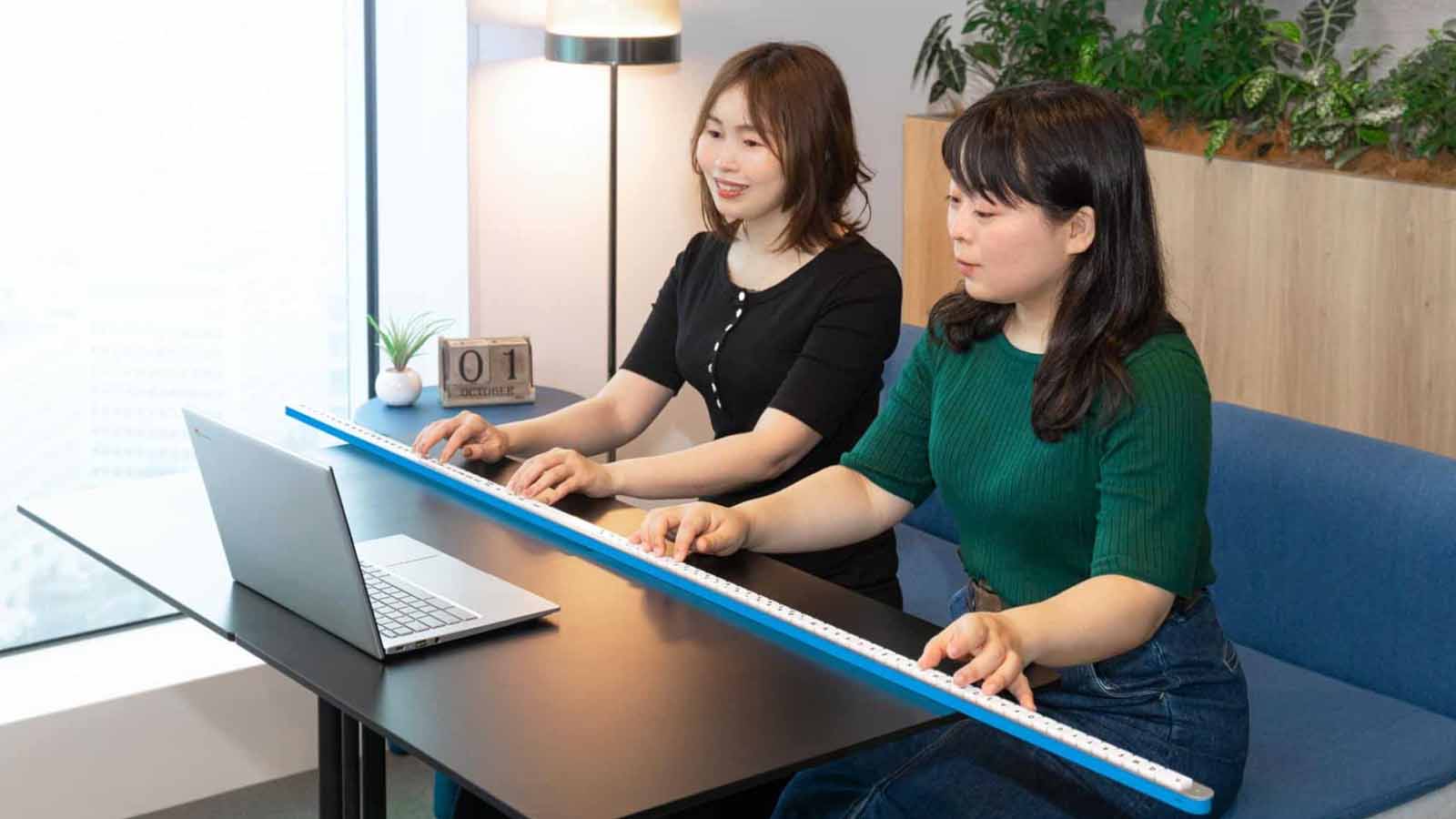 Hey, Google Japan. Please, take a seat. This won’t take long. Can I ask you a question? Is everything okay?

No, I’m not angry with you. I’m just worried. You’ve always been a good, diligent worker. But now, I’m starting to see cracks in your sanity.

Yes, I’m talking about your keyboard idea. Look, we appreciate creativity at Google, but we also have limits.

What were you thinking? No, I’m not angry. I’m asking you a very literal question. What actually went through your mind when you came up with the idea for a keyboard that’s literally one long row of keys?

Just because you can, doesn’t mean you should

Have you seen this thing? I mean, seriously. Have you held it in your hand? It’s like a bloody lightsaber. How are you supposed to type on this? It’s 5.4ft (1.65m) long. It’s longer than some people’s cars!

Sure, it might work if you have a Christopher Lee-sized arm span. But if you’re a normal person with normal arms, it’s useless.

Yes, I hear you. Two people can, theoretically, use this at the same time, like they’re reenacting that shit hacking scene from NCIS.

You can theoretically do a lot of things. But just because you can, doesn’t mean you should. Haven’t you seen Jurassic Park?

I mean, in practice, how does that work? Every time you need a bit of punctuation, you have to yell to your co-worker to press the comma button?

Can we expect your productivity (and that of the poor dupe you’ve roped into this scheme) to fall to one sentence per day?

I can’t really grumble about the name. The Gboard Bar sounds like an overpriced beachfront dive bar, but it doesn’t really rank in the hierarchy of crap tech product names.

Remember that German MP3 player company in the mid-2000s? How it had a line of devices called “i.Beat” and then made a special edition called the “Blaxx?”

And how when you put both names together, it sounded really, really bad?

The Gboard Bar is generic, but it could be worse. Personally, I would have preferred to see a bit of commitment to the bit.

You’ve already made the most bonkers tech product since the iSmell. Why not call it something like “The Toblerone Typewriter?”

I’m not trying to yell at you

I’ll cut to the chase. We won’t manufacture your keyboard. Google. We just killed Stadia, and people actually used that! Not many, but some. Probably.

Your five-foot keyboard has two potential users: Christopher Lee, who died in 2015, and Stretch Armstrong, who isn’t a real person. He’s a toy. I shouldn’t have to tell you this, but inanimate rubber objects don’t have credit cards.

And I suppose it’s not a total waste. It might not be a good keyboard, but it’s a perfectly fine suppository for the guy who shut down Google Reader.