Seriously, what the heck happened with Killzone 2? 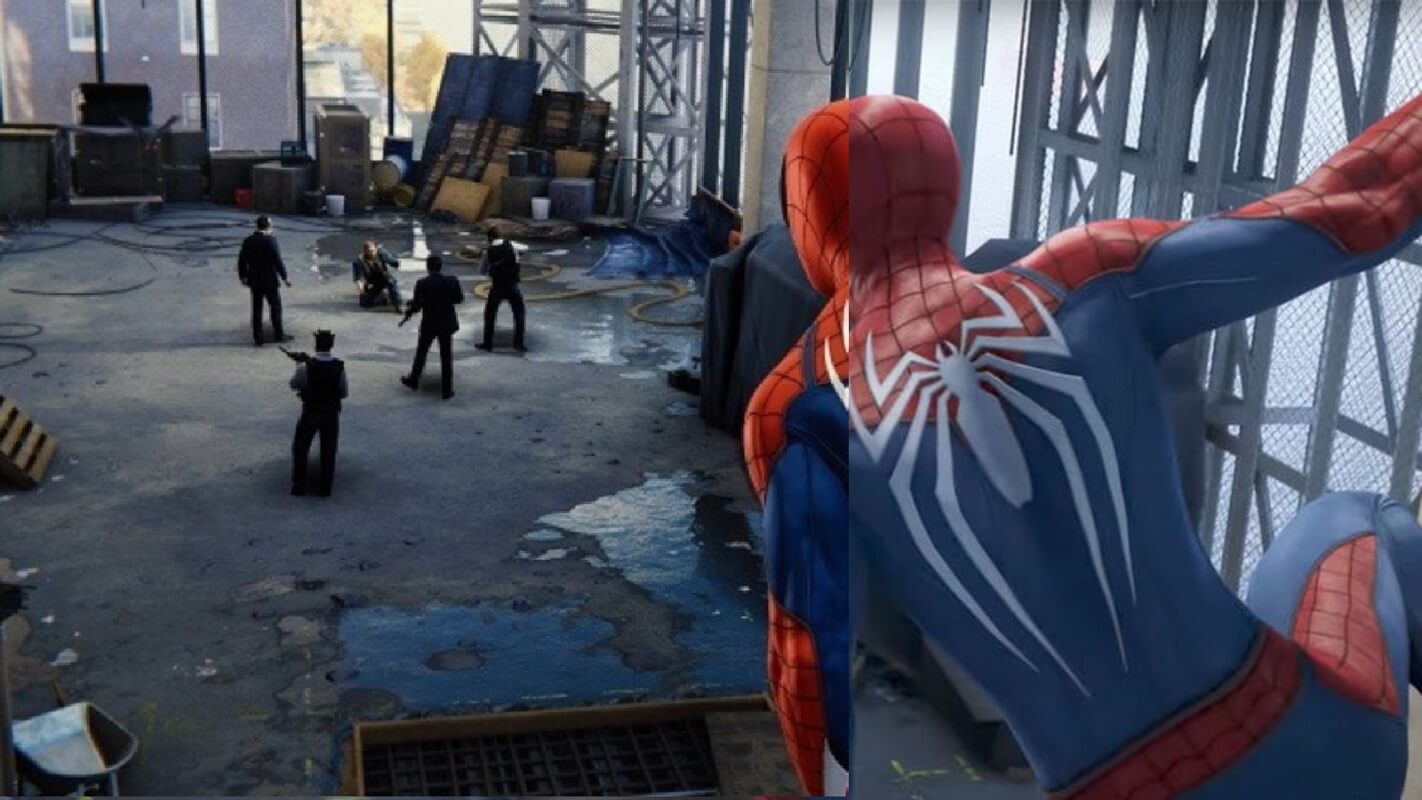 For those that haven’t kept up with it, recently Marvel’s Spider-Man came under a little heat for something being referred to as #Puddlegate. The whole thing is ridiculous and centers around a freaking puddle that was shown in a trailer that moved places in the game’s full release.

The puddle does not reflect (get it?) anything about graphic changes (because there weren’t any), but that doesn’t mean other companies haven’t been guilty of this in the past.

We break down five of the worst offenders below.

Watch Dogs could easily be the one downgrade to rule them all  – at the very least, it keeps being the one that pops up in Google searches the most.

That impressive E3 demo for Watch Dogs was the actual code running on a high-end PC. It’s worth noting that Xbox One and PS4 consoles were not announced well until the beginning of the following year, so Ubisoft supposedly had to “guess the specs.” Still, the amount of paired down effects and decreased graphical fidelity was staggering. And a lot of those compromises has been made to make Watch Dogs run both on next-gen and current-gen consoles.

And what about the PC version? That E3 build quality should still be possible to achieve on more powerful computers, right? Well, apparently, it’s much harder to sell the next-gen console version when your PC build looks so much better. So Ubisoft decided to pair it down too. Ironically, the advanced lighting and effects we witnessed at E3 are still there in the code, unlockable by some simple modifications.

And so came the next year, and the next Ubisoft E3 Press Conference closed with another stunning gameplay reveal: Tom Clancy’s The Division. The gameplay demo was a technical powerhouse. Intricate snow detail, super-sharp textures, high-poly models, stunning lighting, and particle effects – everything looked pristine and helped to draw an impressive picture of post-apocalyptic New York City.

It isn’t fair to say that all of that was absent when the game finally shipped, but a lot of the stuff got stripped down. Lighting effects? Simplified. Textures? Resized to fit the memory budget. Dynamic snow melting and deformation? Gone. To the developer’s credit, the downgrade wasn’t as striking as with Watch Dogs, but it established a very unhealthy tradition.

It looks like The Witcher 3 fell into the same cross-generation trap. Developing the game with the next-gen devices in mind, CD Project decided to announce The Witcher 3 with a lavish gameplay trailer that didn’t hold up to scrutiny when the final game shipped.

When approached about why the game looked so much better in the VGX trailer, CD Project’s co-CEO Marcin Iwinski explained that they had captured the footage from the demo explicitly built to run with as much graphical fidelity as possible. The build didn’t have an open world integrated by then, and there was a bunch of effects that didn’t make it to the final game.

“You put it in the open-world, and it’s like ‘oh shit, it doesn’t really work,’ Iwinski explained to Eurogamer. “Maybe we shouldn’t have shown that trailer.”

The Killzone 2 downgrade was probably not the first one in the history of video games, but it’s certainly was one of the most controversial and puts the Spider-Man controversy to shame. The footage was a complete fake – a pre-rendered CGI sequence created inside Guerilla Games to showcase their vision for the game. The problem is that video sequence looked an awful lot like actual gameplay. To make things worse, Ken Kutaragi went on stage to announce that it was “running in real time on a PlayStation 3.”

The real gameplay trailers that followed – while still looking fantastic – were nowhere near the E3 reveal. The PlayStation 3 was just not powerful enough to render CGI-quality animation and effects. Luckily for Sony and Guerilla, the final game kicked ass, scoring an impressive 91 out of 100 on Metacritic.

Busy with its rapidly growing Borderlands franchise, Gearbox had outsourced a large chunk of the development to other studios, resulting in a game that didn’t even match the quality of its early press demos.

The shipped game was shockingly different from what Gearbox has been showing: the lighting system has been stripped down, the textures were not as sharp, and the game’s atmosphere took a huge hit. And that wasn’t the only problem faced by Colonial Marines. It ended up deeply underwhelming on all fronts. Poorly paced, poorly written, and sometimes plainly broken. It’s 45/100 Metacritic serves as a grim reminder of what misleading advertising and hyped-up expectations can do to a game.

Which downgrade disappointed you the most? What did you think of the news around Spider-Man? Let us know in the comments below!