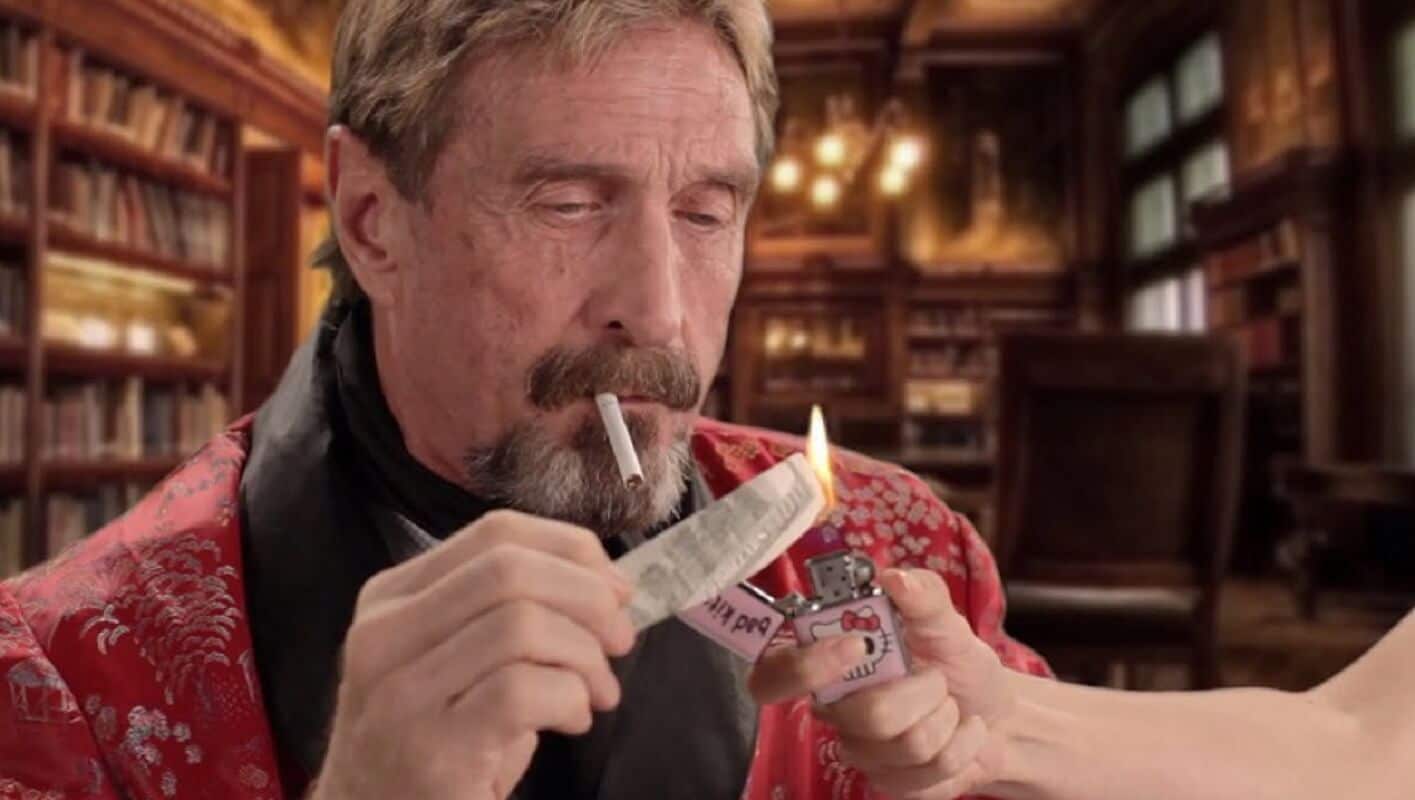 Recently, John McAfee of McAfee fame touted that he was working on an ‘unhackable’ crypto wallet, referred to as Bitfi.

McAfee was so confident that he also put up a $100,000 bounty for anyone that could hack it, but was confident (“Money talks, bullshit walks”) that it was simply impossible. First, let’s get something out of the way – nothing is unhackable. Ok, let’s continue.

For all you naysayers who claim that “nothing is unhackable” & who don’t believe that my Bitfi wallet is truly the world’s first unhackable device, a $100,000 bounty goes to anyone who can hack it. Money talks, bullshit walks. Details on https://t.co/ATFaxwUzQC

Surprise, someone has (allegedly) hacked it. Which shouldn’t surprise anyone, as nothing is truly unhackable, but more accurately, in the case of Bitfi, it is because this wallet is basically a stripped down Android phone.

In a tweet from a Netherlands ‘IT Geek,’ user OverSoft claims they have root access to the device and can still connect to the Bitfi dashboard.

Short update without going into too much detail about BitFi:

We have root access, a patched firmware and can confirm the BitFi wallet still connect happily to the dashboard.

There are NO checks in place to prevent that like claimed by BitFi.

Also, let’s note here, that OverSoft doesn’t even possess one of the wallets for testing, but from a tweet, “You don’t need a BitFi device to run a BitFi wallet. I repeat: there’s nothing in that device that is required for the BitFi app to function. There’s NO secure element. They could’ve released it on the Play Store as an app.”

McAfee, of course, is now stating that having root access is not hacking and there will be no payout. After this set of events, BitFi sent out another tweet saying there was a new bounty, but this time it was for $10k. Which, for what is going on here, is almost laughable.

It’s all a mess and I’m not sure we’ll ever even see Bitfi take off. But, honestly, that’s probably not a bad thing. Let’s not forget, McAfee is the guy that bet his literal penis on Bitcoin going to $1 million.

What do you think of this whole mess? Let us know in the comments below.