Kunai is a game that should curb your Hollow Knight obsession 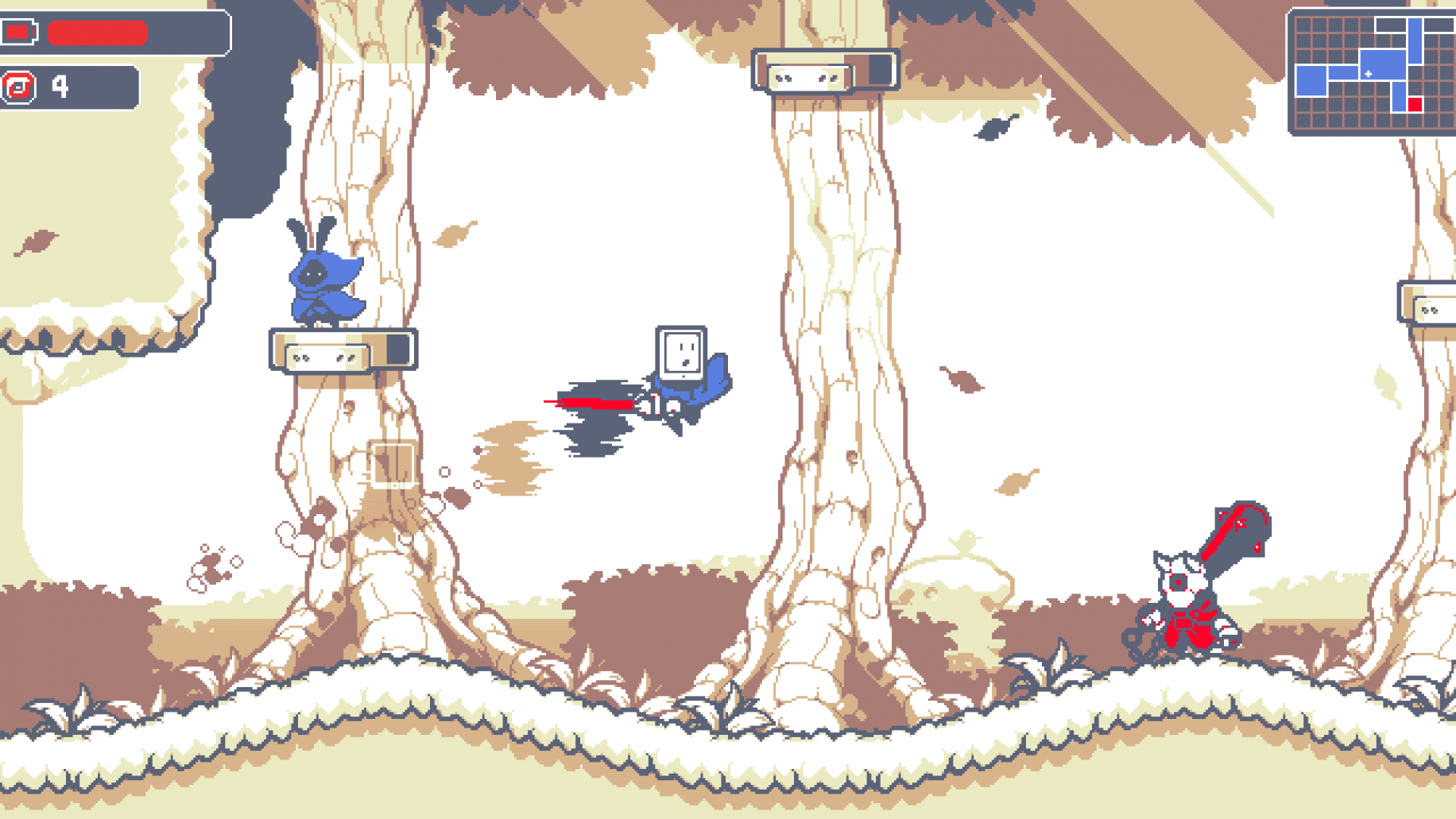 I got to check out the Kunai demo at PAX West not really knowing what to expect, having only seen a trailer of a limited-color-palette character swinging a katana around, beating up robot bad guys. That’s enough for me to give it a shot and oh boy, I’m glad I did. Developed by TurtleBlaze and published by The Arcade Crew, this is one to keep your eye on.

Kunai has a restrained visual presentation, using only colors that might be found in a Game Boy game, so I’d understand if you thought it was super basic. Instead, it’s a Metroidvania with excellent action and some of the best movement out there.

You start out with nothing but quickly get a katana. You can swing your katana in front of you, up, or down. There’s a tiny bounce when you make contact with an enemy, which immediately communicates that ah, you can jump down on an enemy, slice downwards at just the right time, and bounce off their head.

A short way into the game, you also get the titular kunai, which are daggers fired from ropes to the left or right via the triggers on the controller. These kunai can stick into most walls and ceilings, pulling you in that direction when they do.

As a result, in Kunai you very quickly go from basic walking and jumping to straight-up launching yourself like a lightning assassin across the map with blistering speed and precision. There’s an extremely high skill ceiling here and as you start to master the mechanics you’ll feel like a total badass.

While Kunai doesn’t have a release date yet, the developers are hoping for “maybe 2020.” When it does come out, Kunai will release on Windows and Nintendo Switch. More information can be found on the game’s site here.

Have any thoughts on Kunai? What do you think? Let us know down below in the comments or carry the discussion over to our Twitter or Facebook.