Or, at least, those people didn’t share the news.

I don’t even look at newsletters, and apparently, a lot of people don’t, because almost none of us knew that Microsoft was hiding gift cards in its holiday newsletters.

First, let’s just get this out the way before you open a new tab and start checking your seven email addresses for Microsoft newsletters – the offer has expired. So, just stop.

More about these gift cards

Redditor mikejl87 seems to be the first person to make this public and was first reported on by The Verge. The newsletter, maybe one of many, which included the gift card was one advertising an Xbox One X with NBA 2K19 included. 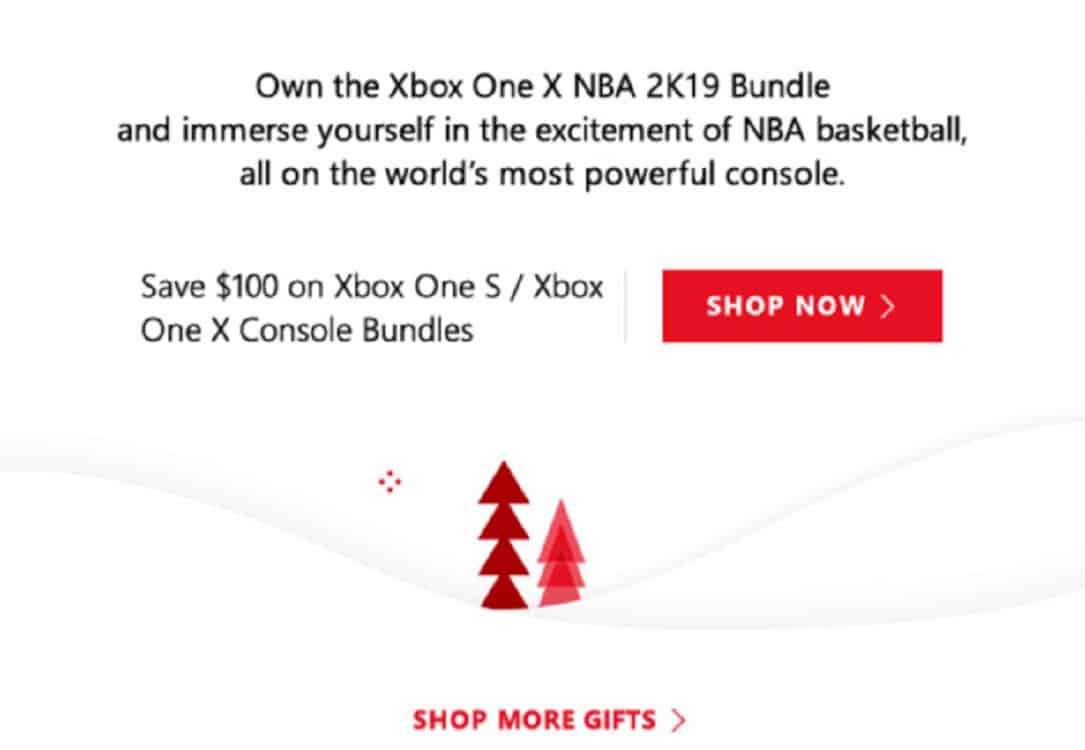 The gift card wasn’t cleared advertised and instead was accessible only by clicking on a red tree image that was below the advertisement. Now, that link only goes to a blank page, which means the link expired.

Maybe there will be more

According to The Verge, Microsoft has been including some hidden gift cards in newsletters since Black Friday, so who knows, maybe there will be another last-minute offer that includes some savings.

If not, well, maybe this is a good reminder that sometimes newsletters aren’t terrible, but personally, I’m not about to wade through hundreds of bad emails to save $10.

Did you snag a gift card? Let us know down below in the comments or carry the discussion over to our Twitter or Facebook.