Boomerang video, a selfie mode, and more AR stickers than you can shake a virtual stick at. 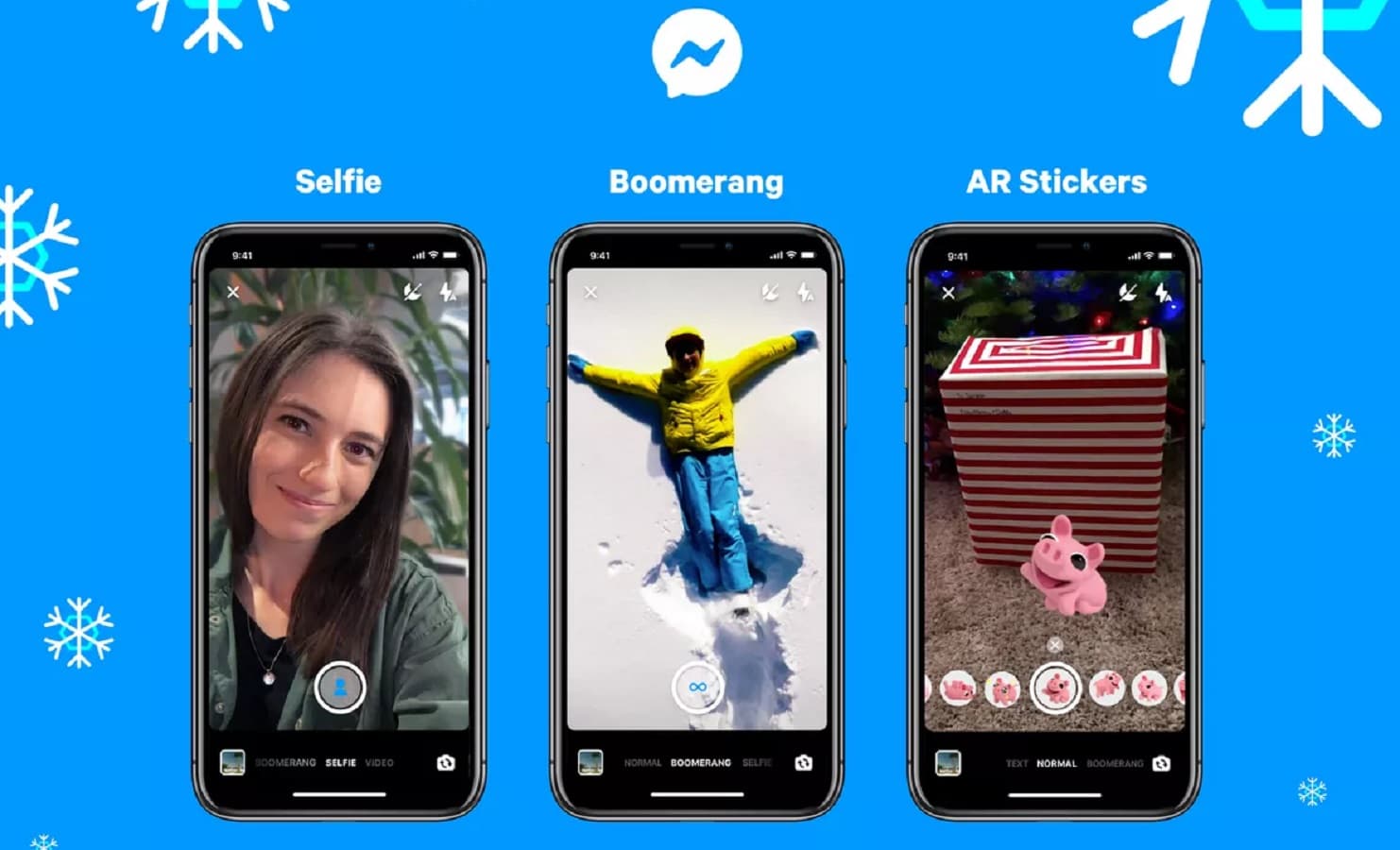 Facebook’s Messenger app received another update today. This update brings with it a Selfie mode that automatically blurs out your background, native support for those nifty Boomerang videos that Instagram has had for years, and a new Augmented Reality (AR) feature that lets you put Messenger’s stickers in your photos and videos. So that’s just like Snapchat, right?

I’m not really sure how this fits with Facebook’s recent redesign of Messenger to make it more simple to use. They took tabs away in that update, now they’re stuffing more things into them? Then again, Boomerang is pretty cool and it was just weird for Facebook to not have it in everything they own.

Expect a native Boomerang function to come to WhatsApp also, so it’s not left out from the trifecta.

So, what exactly can you do with Messenger now?

That means now inside Messenger you can take normal photos, shoot video, add text to images, create boomerangs and take selfies. At least they’re all in a scrolling selection carousel and not in separate menus.

Five camera modes inside Messenger is just crazy to me, then again, my Pixel’s camera app has no less than eight. I can’t wait until Google decides to put stickers into its default camera app.

While augmented reality effects have been part of Messenger for a while now, someone must have complained that you couldn’t send the inbuilt stickers through an AR image. Now you can, by picking a sticker as normal, then tapping the camera icon that appears next to it in your message. This really doesn’t surprise me, as AR is a big push for Facebook recently, with both AR-enabled ads and games coming to the platform.

Most users should get the new features today, according to Facebook. They’ll be available in both the redesigned Messenger app and the older version. They haven’t made it to my device yet, so expect a How-To once they do.

What do you think of the new Messenger features? Will you use them? Let us know down below in the comments or carry the discussion over to our Twitter or Facebook.