Facebook is testing augmented reality ads because they can 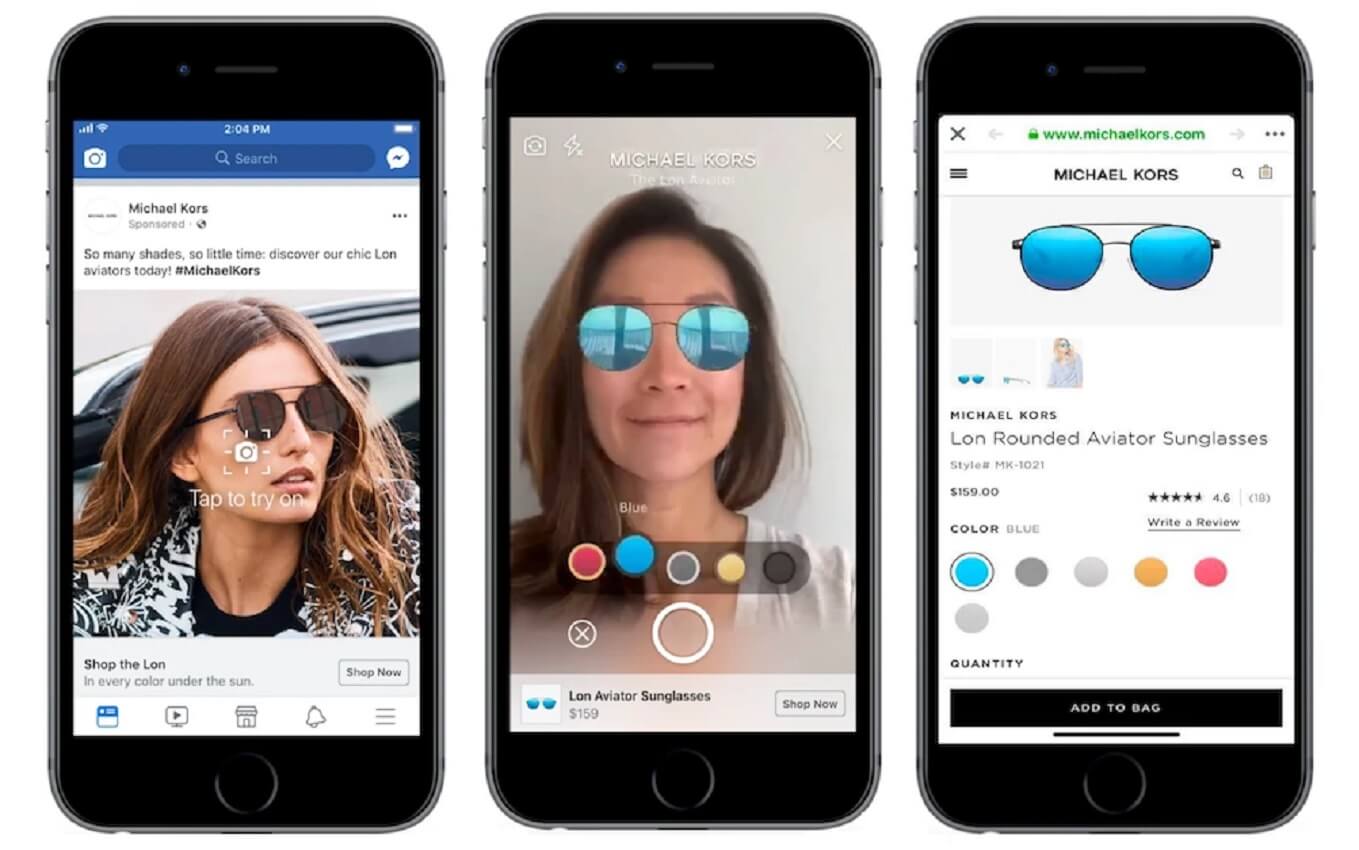 Facebook is now testing augmented reality (AR) ads in News Feed. The test is being seen as part of a push to attract more advertisers to video ad innovations, according to VentureBeat.

Currently, Facebook is only testing AR ads with Michael Kors, which is running an ad that lets users try on a pair of sunglasses using AR effects. Other companies plan on getting onboard soon, including Sephora, NYX Professional Makeup, Bobbi Brown, Pottery Barn, Wayfair, and King.

For now, the ads are only going to run in the United States and only from companies that have physical ads on the site.

As AR becomes more accessible to both developers and consumers, we should expect to see more and more of this in our daily lives. Whether on Facebook, Google Maps, or any of the various other apps we use on the regular.

Also on Tuesday, Facebook announced that it’s rolling out Shopping on Instagram to Stories. The feature, which was introduced a year ago, allows businesses to tag their products in organic News Feed posts. Now, businesses will have the same capabilities in Stories. Shopping on Instagram Stories will be rolled out globally to all companies before the all-important holiday shopping season.

Instagram is also rolling out the Collection Format, which allows advertisers to create ads in the form of a product catalog, complete with multiple photos and videos. This is available to all advertisers globally, starting today, July 10.

Facebook also began rolling out a kit of video creation tools in Ads Manager. The goal is to encourage businesses to “use existing assets to build videos that are optimized for mobile,” according to Facebook’s Ty Ahmad-Taylor.

Perhaps the most surprising news here is that Facebook hadn’t been using augmented reality for advertising until now. What took them so long?