THE LITTLE CUTIES CAN WEAR HATS. 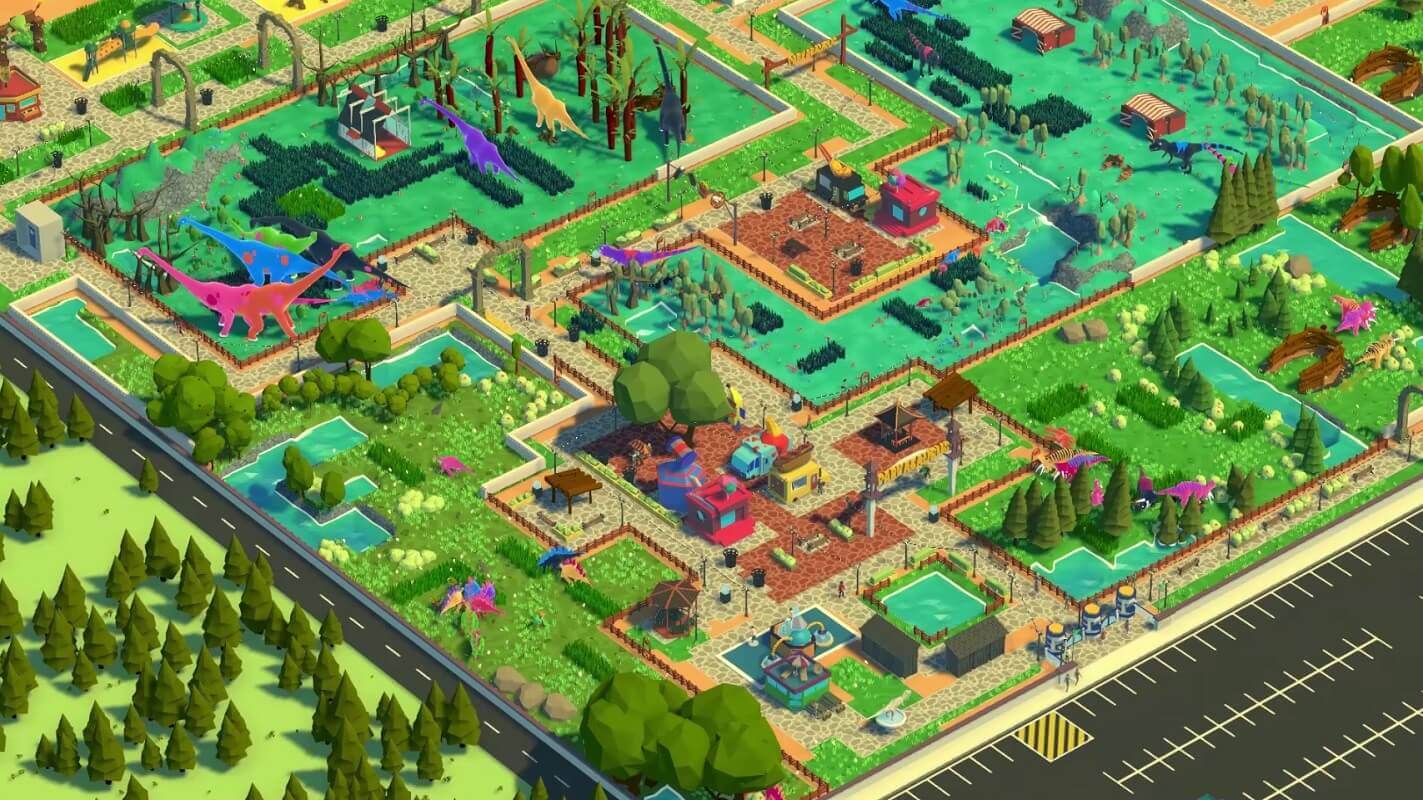 What if Roller Coaster Tycoon was about dinosaurs and had none of the mayhem and violence of Jurassic Park? Answer that question and you’ll get Parkasaurus by WashBear Studio, a development studio in Canada. I got to take a closer look at the Media Indie Exchange at PAX West and here’s what I learned.

First of all, if you’re already sold on the concept, you can find Parkasaurus right now on Steam Early Access (Windows-only).

Every aspect of the park is under your control, so it’s up to you to build habitats tailor-made to the specific dinosaurs you’d like to feature, populate those exhibits with assorted decorations, and balance the health and safety needs of your dinosaurs with the viewing and entertainment desires of your guests. You can also build all of the ancillary features, from walking paths to snack vendors, so feel free to customize to your heart’s content.

The Parkasaurus developers are shooting for a Spring 2020 release on Windows, where they’re also planning to implement a 16-mission campaign with assorted specific objectives for park creation. Console plans are unannounced at this time, with getting out of desktop Early Access being the development priority right now.

Again, you can check out Parkasaurus right now on Windows via Steam Early Access. It is currently $19.99 and that price may change with the 1.0 full release.