A cut above the rest? 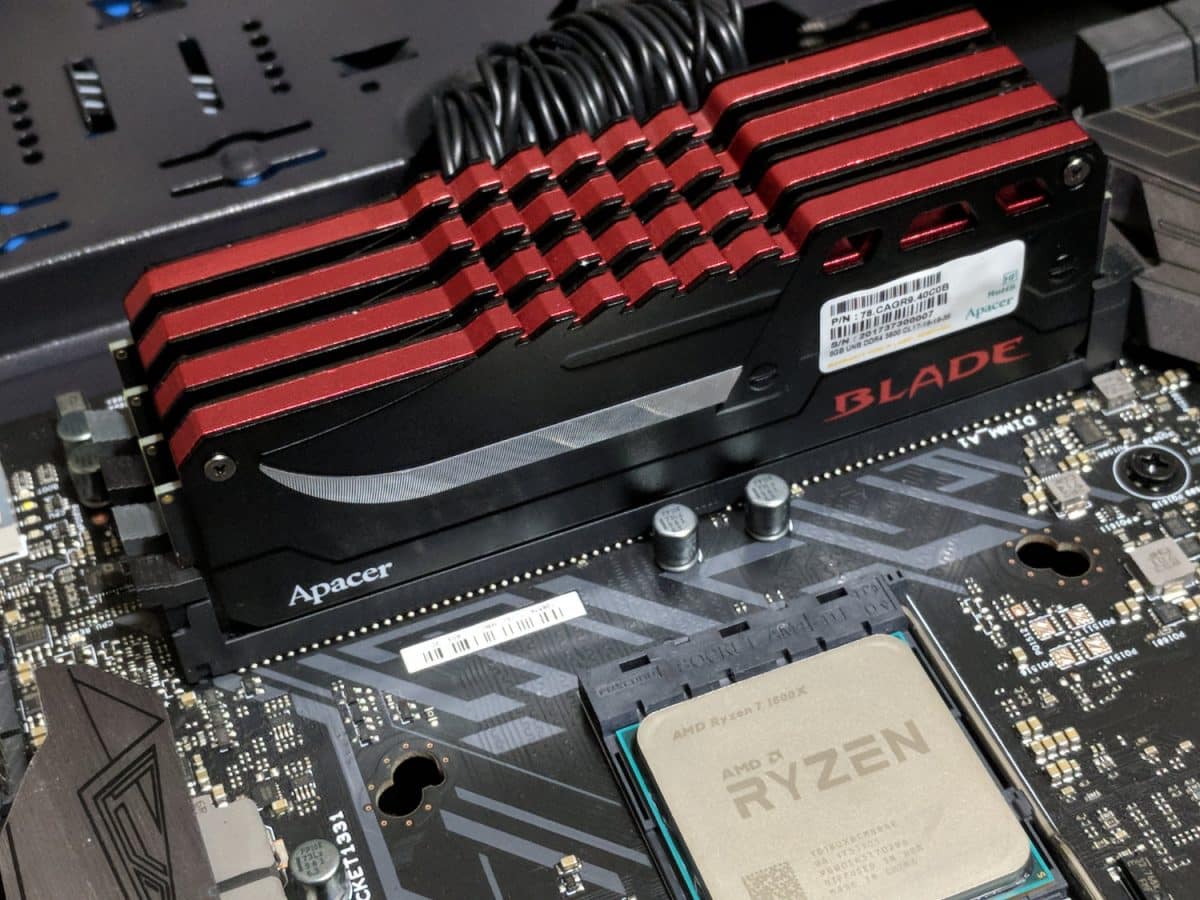 While there’s a current industry trend for military-inspired design, Apacer has taken it one step further with individual equipment-inspired designs for their RAM and SSDs that they say will enable you to conquer any battlefield. Personally, I’m a big fan of “dressing the part,” and the thought of having actual combat knives in my PC is intriguing, to say the least. Will the Apacer Blade help shave off some of my reaction times?

With a tactical saber in hand, the strongest survivor in the battle can draw on minimal resources to turn it around and win victory. Apacer launches cross-generation DDR4 flagship — “BLADE” DDR4 overclocking memory module, which is compatible with Intel® Skylake processor and Z170 chipset and boasts a clock rate up to 3600 MHz, providing unprecedented computing performance and energy-saving efficiency.

Apacer has been around in the DRAM business since 1997, mainly as an OEM for system integrators. It’s likely that you’ve owned one of their products without knowing about it, and they’ve recently expanded into the congested market of the United States under their own branding.

I’d like to take a minute to commend Apacer here for their design choices. With so much of the market making variations on a fairly bland theme (minimal/geometric) they’ve taken the bold direction to not use abstract themes from their inspiration, in this case, military armory items. I personally like it, and as a modder, I can see many possibilities for themed builds built with their products. The dimms are well-built, in a single-rank design, and they use Samsung b-die IC (verified by taking the heat spreader off).

The packaging is adequate to protect the DIMMs and indeed, arrived in perfect condition. 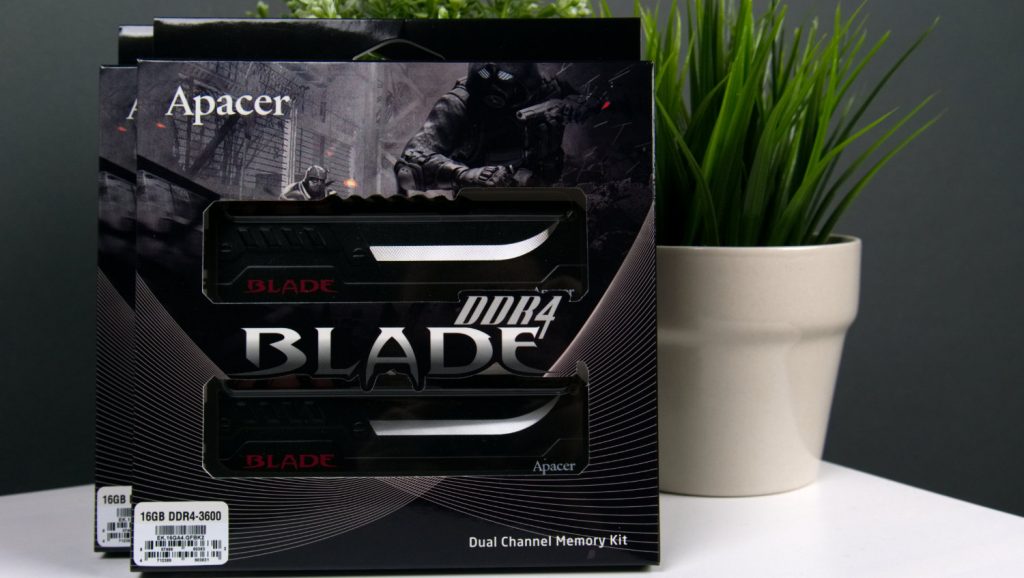 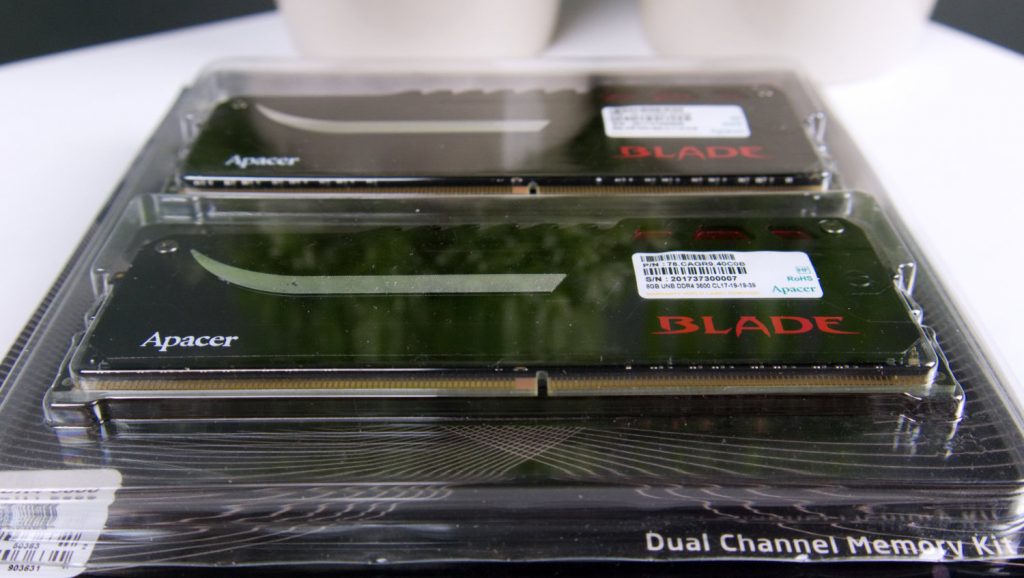 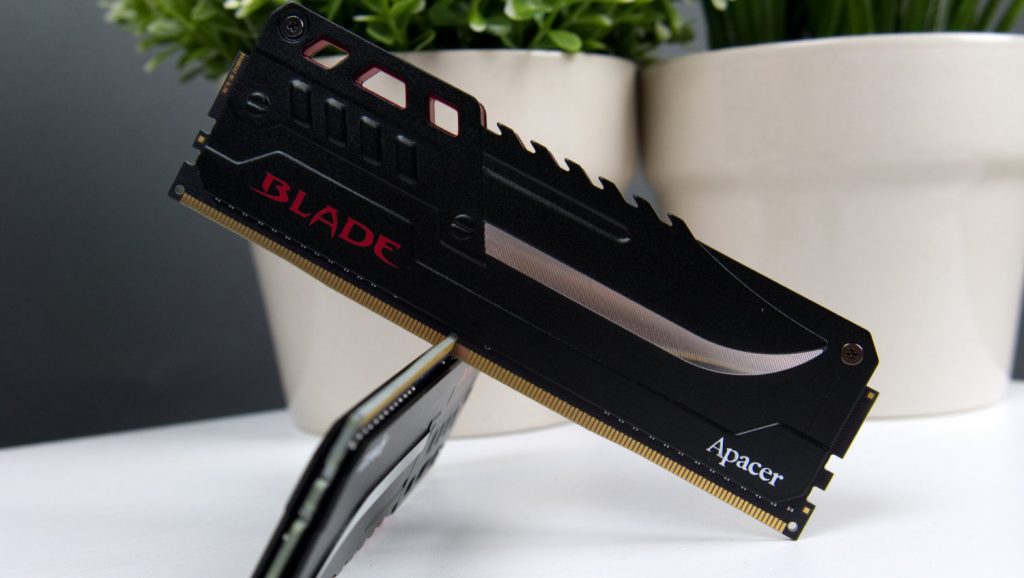 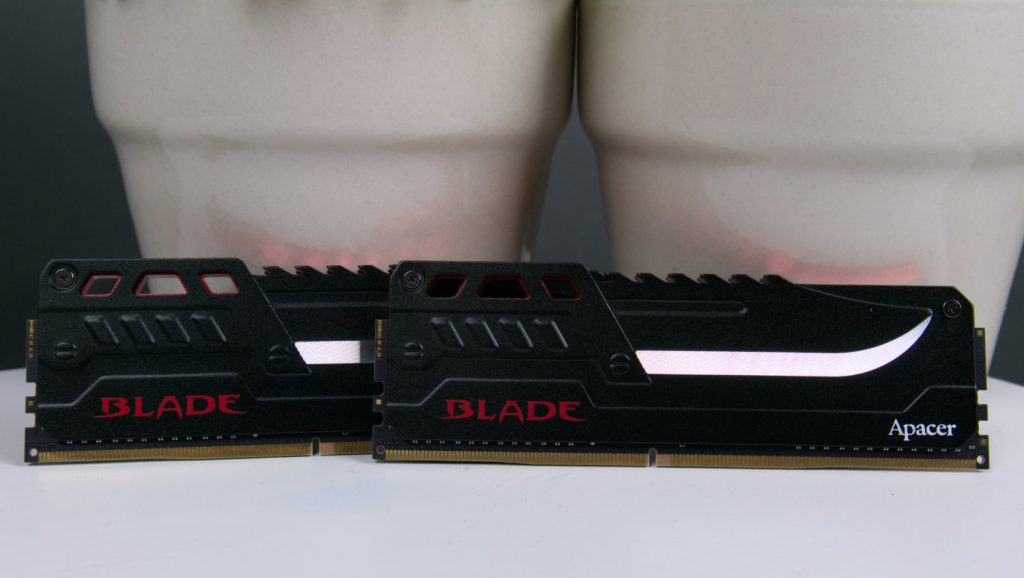 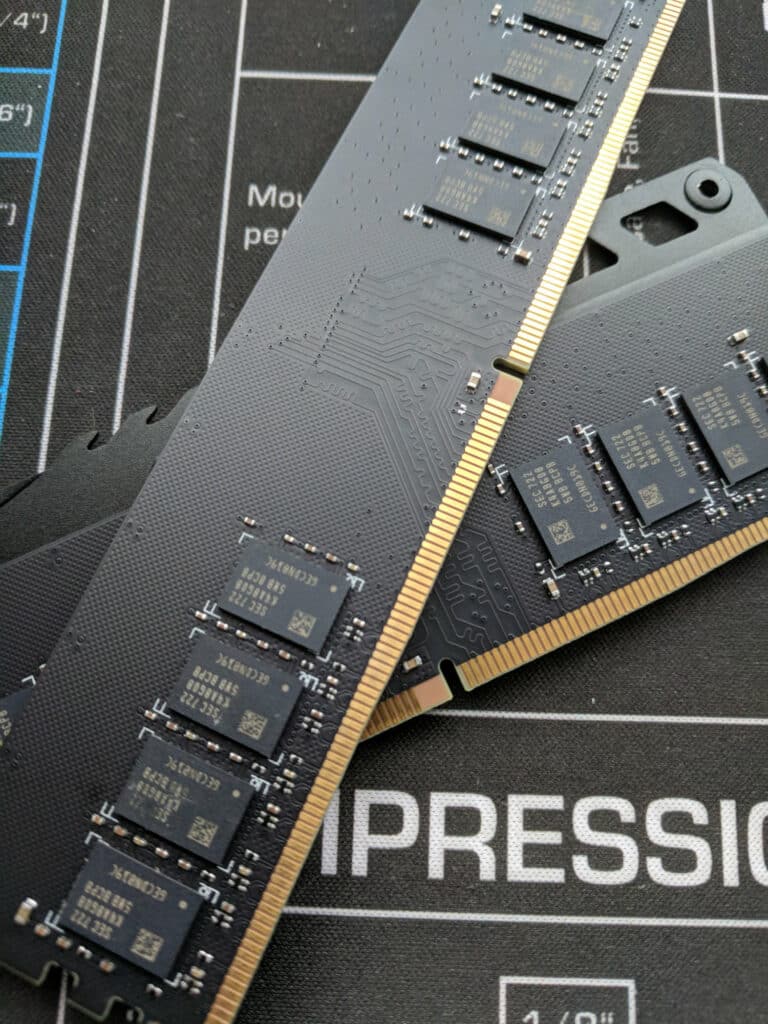 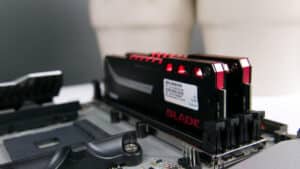 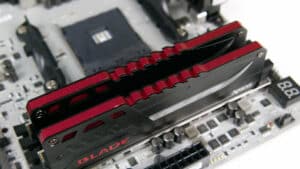 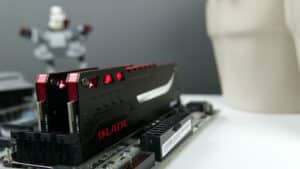 You might be wondering why if I have a 4 dimm kit, why there’s only two in these pictures. Well, my ever-handy Stormtroopers are hard at work building the other 2 dimms and expect to have them completed soon. You might notice that the red aluminum insert can be easily removed with the 4 screws, this was to allow users to change the color easily to fit their build. 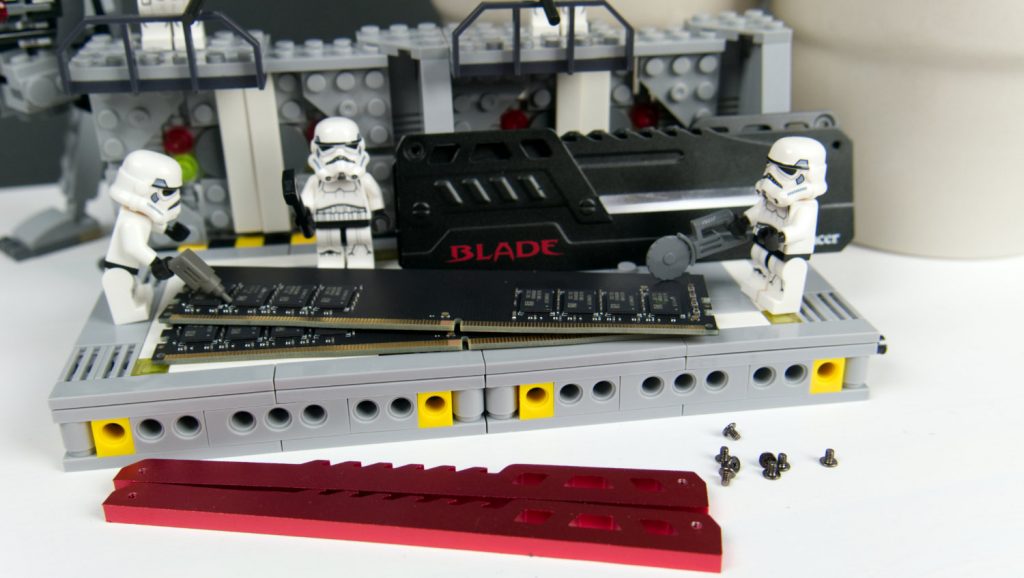 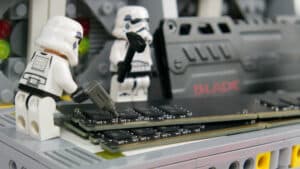 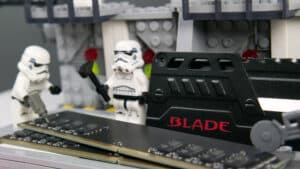 Now that I’ve covered the design aspects, I’ll move on to talking about specifications and performance. 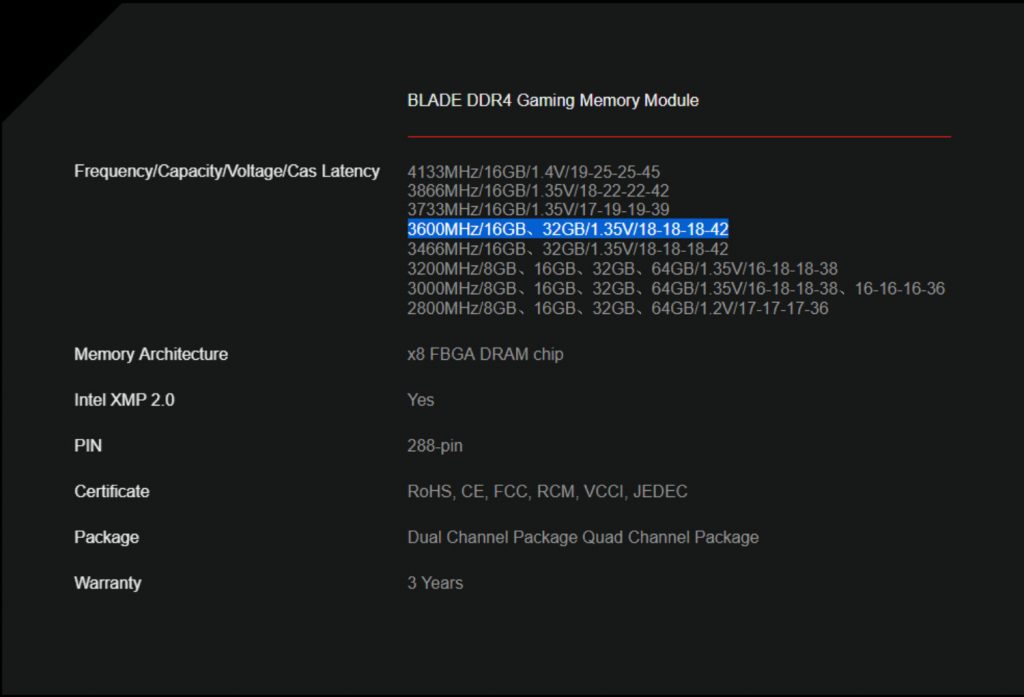 The Blade comes in a number of speeds and size of kits, from 2800mhz to the super speedy 4133. Your mileage on the higher speeds will be dependent on your specific setup, as we will see later as this kit was specifically designed for the X99 platform. The 3600 rated kit I have been provided is Samsung B-die IC, and it’s a fair assumption that all the 3466 and higher kits will also be. One thing to notice is that these dimms default to a speed of 2400mhz as JEDEC updated their baseline statistics to this from 2133mhz recently and all recently produced dram should now default to this. 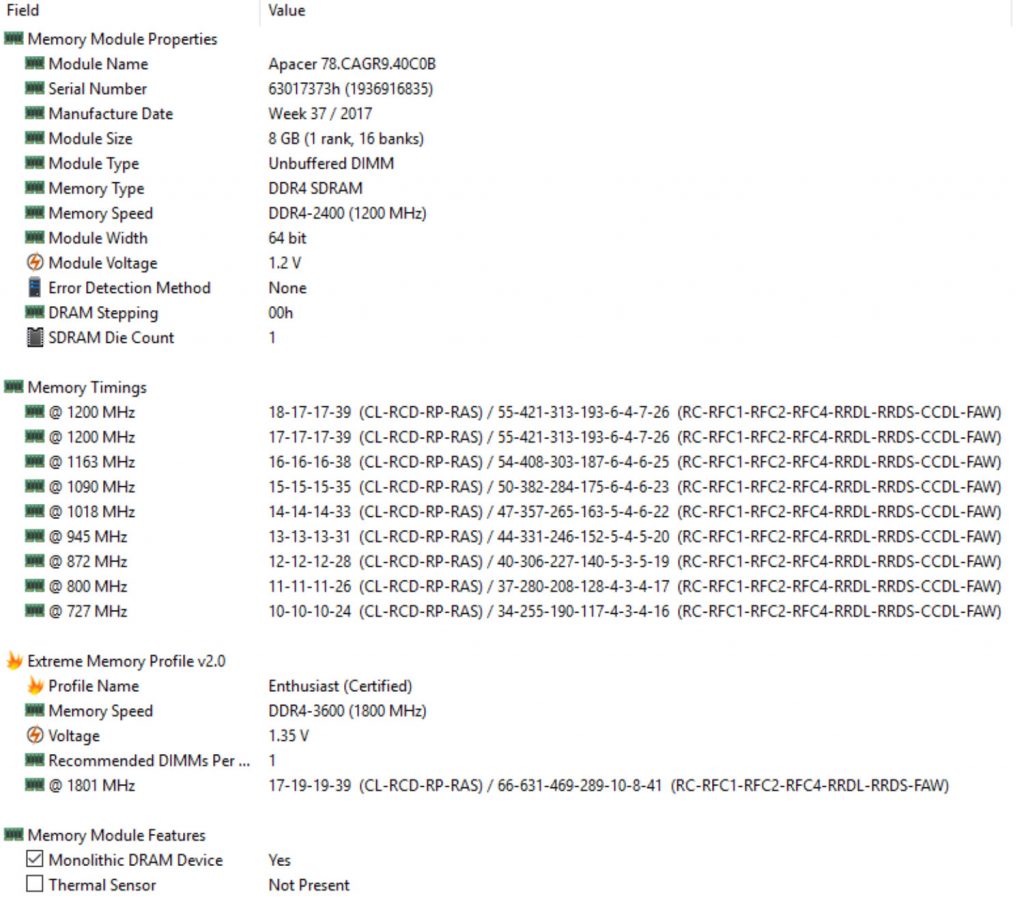 Test setup:
Ryzen 7 1800X at stock
Gigabyte AX370 K7
Samsung EVO 960 240GB
Visiontek Fury X
One caveat here, I also tested this kit on a ASUS Crosshair Hero VI and was unsuccessful in going over 3200mhz on either board. I’m fairly sure that this is a Ryzen-specific issue and once I get hold of another testbench I’ll update accordingly.

The testing will be done at a frequency of 3200 and the XMP settings for timings (CL16–18–19–19–19–39). We will circle back and update this if/when we get the kit running at their full rated speed. As far as benchmarking software goes, we’ll be using AIDA64 (Read, Write, Copy, Latency) and Cinebench R15. 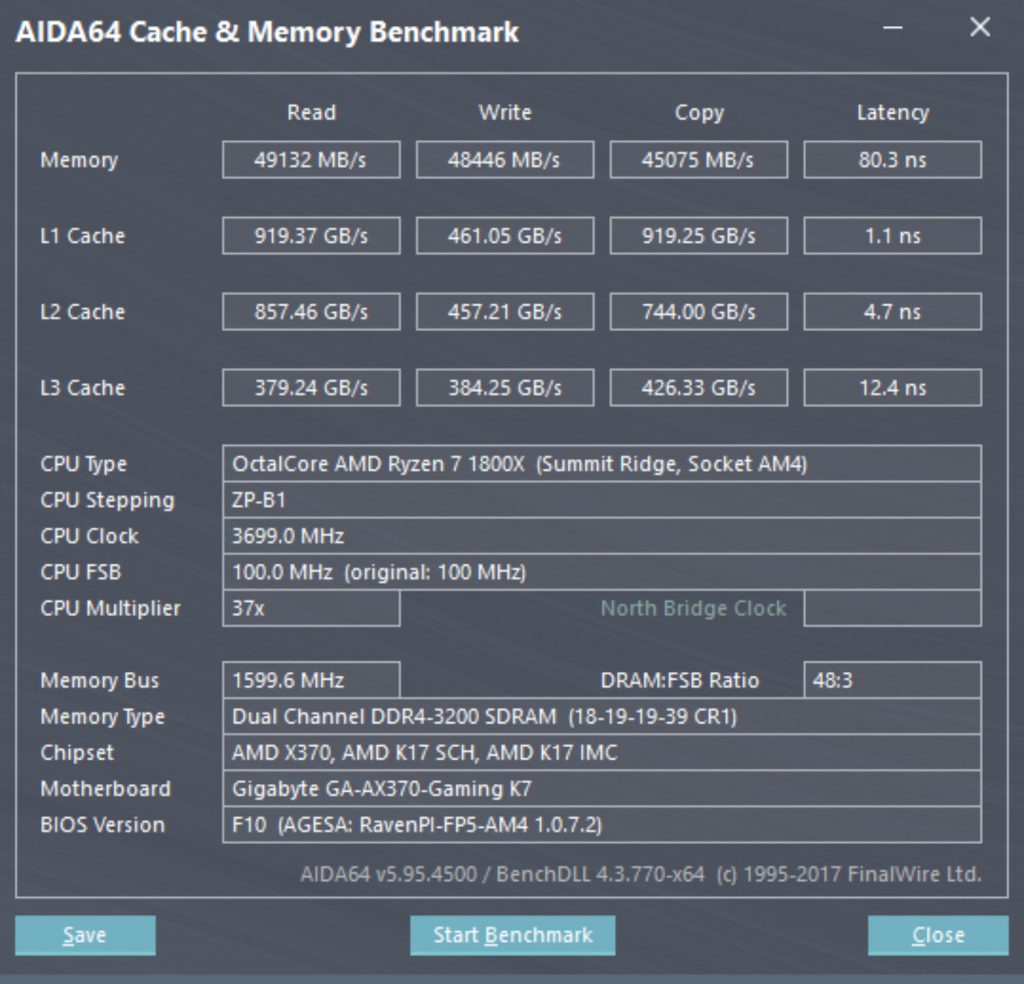 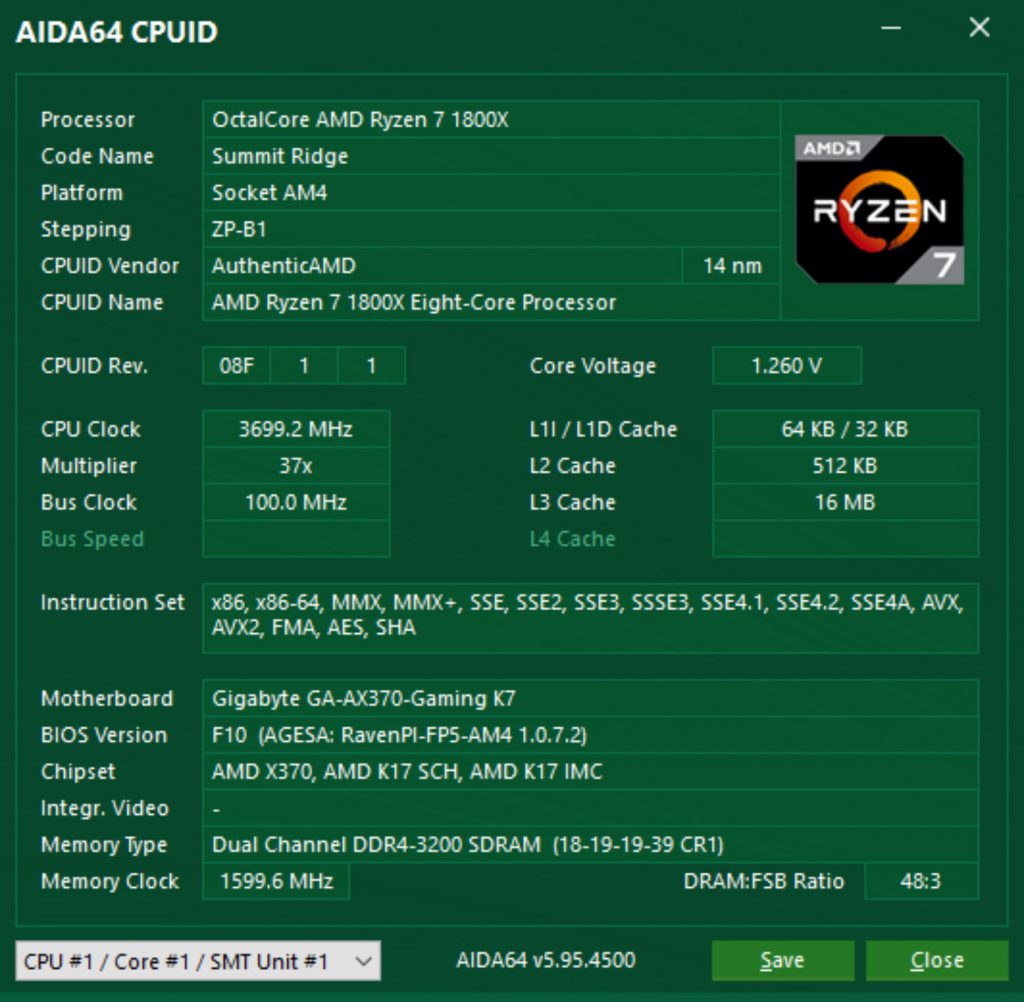 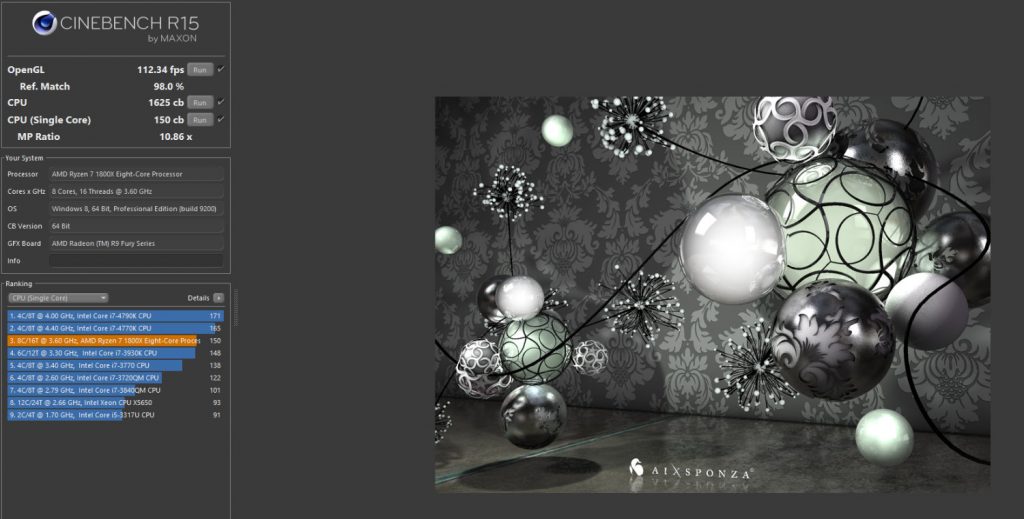 Respectable scores indeed here, with memory read/write/copy all higher than the recent kit of Ballistix Elite I’ve reviewed. I will also say that as Ryzen matures down the line, I will be revisiting this kit to see if I can get the rated speeds, currently, it’s platform-limited.

All in all, this is a well-specced, well-performing kit of DDR4, and with there not being many manufacturers putting out kits rated at this speed, it’s definitely worth adding to your shortlist for consideration.

Editor’s score: Recommended (with the caveat that if you’re on an AMD platform, you may not get the full rated speeds)

Currently they’re $229 on Newegg for a 16GB kit, however, they seem to be out of stock currently so you might have to hunt if you want some.

A sample unit was provided to KnowTechie for the purpose of this review. This post originally was featured on Medium.