Get gud and kick Patches off a cliff in HD. What’s not to love? 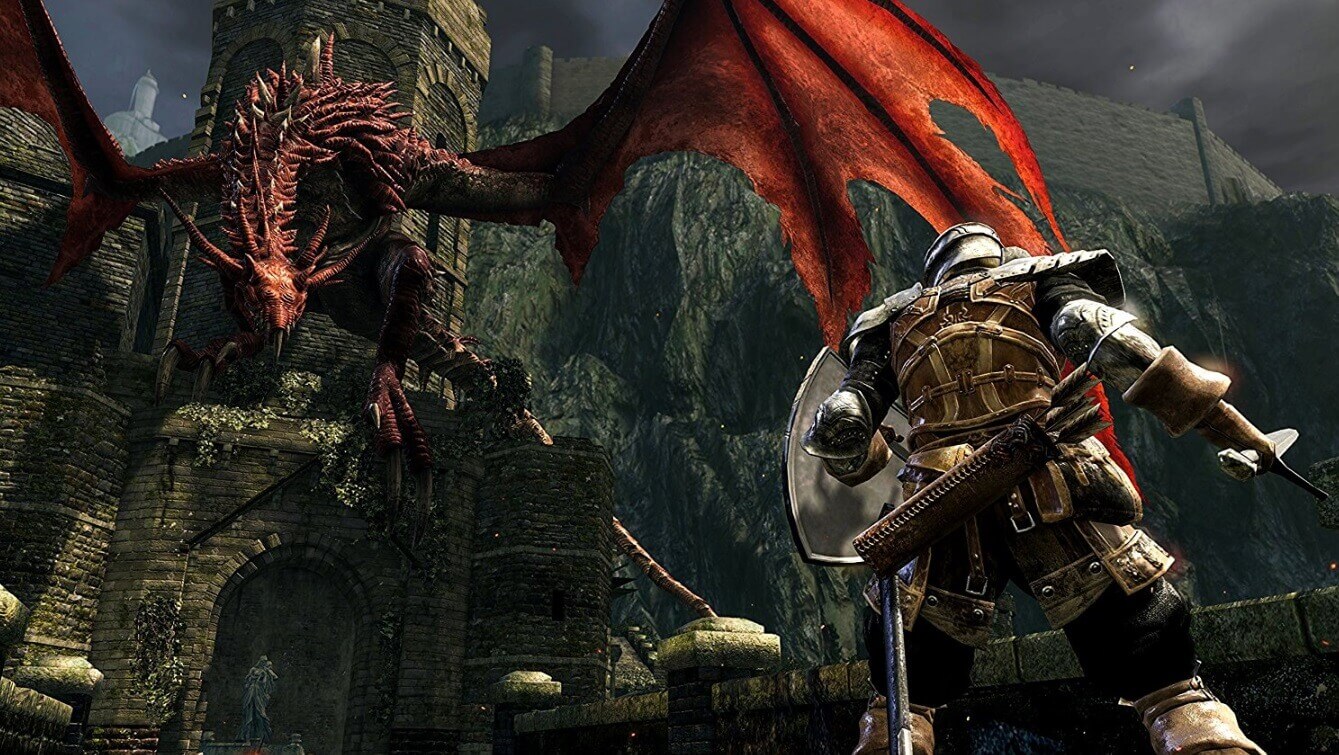 Confession time: I wasn’t exactly enthralled with Dark Souls when it launched back in 2011. I had been playing Demon’s Souls, which I was fairly terrible at, but was enjoying slowly making my way through it. When the game came out, it was touted as being a little more forgiving than Demon’s Souls, so I was pretty hype to get my hands on it. After about two hours, I found myself hating the idea of bonfires because it respawned all of the enemies I’d just tirelessly worked to clear out, so I put it down and never returned.

Little did I know that a few short years later, I’d somehow refined my ability to “get gud” when a friend of mine challenged me to play Bloodborne, which I was completely enamored with. Fast forward to now, and I’ve completed platinum trophies in Bloodborne, Dark Souls II, Dark Souls III, and Souls-like games such as The Surge, I’ve been chomping at the bit to get my hands on Dark Souls Remastered to see how I now fared with my increased ability.

To put it mildly, Dark Souls still holds up pretty well these days. The story of Gwyn and the exploration of Lordran is as interesting as it is confusing. Trying to keep up with who’s who and who did what requires a bit of research and exploration with close conversation with NPC’s so you can keep up with what’s going on, but the gothic nightmare weaves a cryptic tale of both sadness and triumph that continues across its sequels, making Dark Souls one of the most memorable franchises of this decade.

Remastered with the Dark Souls III engine, Anor Londo looks just as beautiful here as it does in Dark Souls III. Super creepy areas like the Tomb of Giants are equally tense with newer lighting options, and Blighttown is still absolute hell to traverse because poison is stupidly annoying. Bosses like Chaos Witch Qualag have had their models and spell effects updated tremendously, so now when she swings her sword it casts a web of fire that makes an already daunting battle even more intimidating. The updated visuals are a huge treat compared to the original, and you’ll find that everything looks so good you’d swear this game was only a year or two old. Plus, you get to kick Patches off a cliff in HD. Patches can suck it and that bastard deserved it.

Perhaps the one most obvious thing that Dark Souls Remastered lacks when compared to its sequels is the amount of warp-able bonfires you have access to. Dark Souls is a smaller and more connected world, meaning you’ll often find yourself using Firelink Shrine as your hub for going from one place to another. Bloodborne did a pretty good job of this with the layout of Yarham, and while Demon’s Souls used its Nexus to tie Boletaria together, each area felt like individual worlds. Revisiting the original, it’s clear that Dark Souls is where this mapping system was perfected.

While the graphics certainly made this remaster visually appealing, the quality of life changes also helps make Dark Souls more approachable by those who may have missed it the first time. Rolling isn’t great, but it’s certainly better than it was originally or on the PC build. You can also now consume things far faster, which means it takes a few seconds to eat a stack of Proud Knight souls instead of like ten minutes previously.

While the sequels added other things that you may be used to, like eating a humanity to instantly become human again, you do have to return to the bonfire to do that as it was an original mechanic that would have felt out of place had they replaced it. Dark Souls is also the only one of the three that allows you to kindle the bonfire to increase the amount of Estus flasks you receive when resting. They also added more players per online session which will make PVP players happy, but there’s still a ton of exploits that never got fixed so you’ll likely hear those players complain more than praise.

All and all, console players are absolutely in for a treat with this remastered version of Dark Souls. PC players, on the other hand, would probably do better and upgrade to the remaster when it’s cheap on Steam because there’s not much here that wasn’t already fixed with stuff like DSFix or the HD Texture Pack. Either way, going back to where it started is definitely worth your time and even though this is a game that originally released in 2011, it’s better than most of the games released in 2018.