Despite having a terrific antagonist, Far Cry 5 seems to struggle to connect the player to the story. 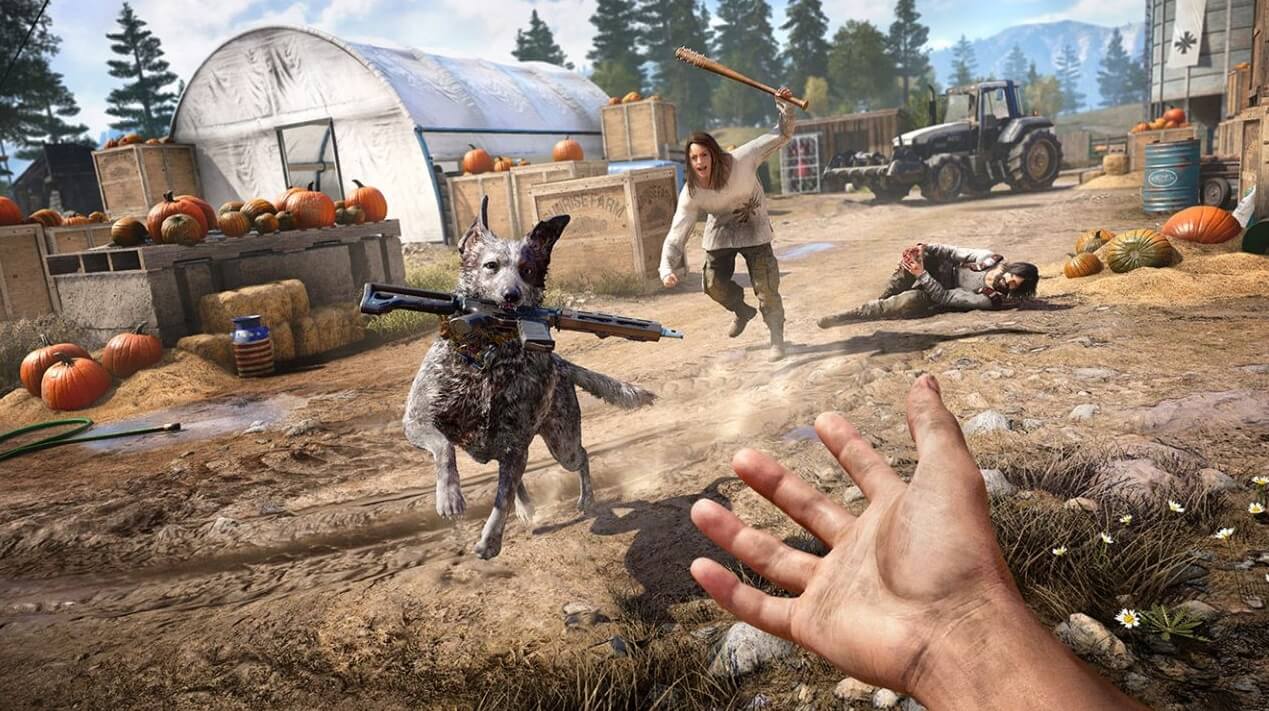 If there’s one thing I’ve always praised the Far Cry series for, it’s that they’ve always been unapologetically Far Cry games. Sometimes for the better, and most times for the absolute worst – like when Pagan Min stabs the guy in the back with the fork for touching the food too early in Far Cry 4. It’s terrible, but there’s beauty in the brutality. Vaas was easily the most lovable psychopath in the series, with Pagan Min running a close second, but neither of them comes close to touching Joseph Seed. Joseph might be the worst of all game villains because he’s despicable, believable, and like it or not, relatable.

Far Cry 5 takes place in the rural areas of Montana, a state known for being vast and mostly empty – full of wildlife, natural splendors, and least of all people – which is why this makes the perfect setting for a band of crazies to set up shop. Far Cry 5’s storied Eden’s Gate cult seemingly draws inspiration from both the Westboro Baptist Church, but most likely, the group of misfits that tried to claim independent sovereignty in Oregon a few years back. It’s not a sociopolitical statement of “Trump’s America”, nor is it a statement of how the “zealots” think they should be running the world. It’s a game, based on some real-life things, and it equally pokes fun at both sides of the political spectrum. The tone is actually extremely well done, though I wish Ubisoft had opted to ruffle a few more feathers and not played it quite so safe.

That isn’t to say that Far Cry 5 won’t have you talking. There are some extremely dark depictions and images that play out before the nameless Deputy. In fact, Joseph Seed is without question the best bad guy the Far Cry series has ever had. That’s not to say that his siblings don’t also do a great job, while John wants to motivate you to be a better person through the power of YES, Faith won’t have any hesitation to drug you and keep you under her spell, and Jacob is a bit of a meathead but is perhaps the craftiest of all using music to trigger responses and delving into disturbingly deep psychological warfare.

Far Cry 5 isn’t all that different from what you’ve come to expect from the franchise – and Clutch Nixon’s stunts give you plenty of reason to bang out some challenges to get some new sweet cars. You get to race ATVs, fly shitty biplanes, and race cars while feeling balls to the wall and American as fuck. In fact, Clutch Nixon should have been voiced by Kid Rock, modeled after Chuck Norris, and roundhouse kicked people in the face like Patrick Swayze from Roadhouse. Plus, how can you not love The Ballad of Clutch Nixon? It’s far superior to their original song, as far as I’m concerned. There are also these new caches scattered around the world called Prepper Stashes, which allow you to find some weapons/money/skill point manuals with a light amount of detective work but they never really feel essential. They’re just a nice bonus to grab if you happen to find one on the way to another story or side mission.

The biggest problem Far Cry 5 suffers from is a lack of urgency, communication, or for lack of a better word, direction. Far Cry 5 definitely gives you the amplest of open world opportunities, in spite of removing the chore of climbing towers to uncover the map, but almost everything new it brings to the table is plagued with problems. The Guns for Hire system is a fantastic system, but the AI for the companions are dumber than a box of rocks.

Boomer, the bestest best boy in the Far Cry universe, is too dumb to jump into the car before the Deputy does which results in the dog running around the front of the vehicle often leaving him being crushed by the vehicle you’ve just commandeered and immediately making him unavailable for about 15 minutes while he respawns. In other AI issues, sometimes he gets launched across the world like he was flung from a slingshot, but the end result remains the same which is both hilarious and frustrating since you really want his tracking ability to help mark troops when you attack a keep.

The siblings in Far Cry 5 tout that they’re so in-tune with each other and seem to know what the others are doing when they aren’t even near (and often taunt that the Deputy can’t disconnect them), but once you take out a sibling, you become easily aggroed in their area. It’s like being five starred at all times in GTA, but crossing into another siblings territory means you’re basically undetected again unless you’ve raised enough hell in their areas. Why would helicopters stop chasing you just cause you went across a borderline? It’s a video game, not an international incident.

Ultimately, Far Cry 5 suffers from being Far Cry with too much political restraint on it. While the idea of tackling cultists is ambitious, the game suffers from a severe lack of “self” as the player never in any way connects with the Deputy of their choice – due to the game characters continually referring to this nameless Deputy by they/them pronouns and simply “The Deputy”.

It’s odd that they made this choice, considering if you choose the Male Deputy, the female is the one you rescue and vice-versa, and it would have probably made better sense to have implemented a create-a-character in lieu of this “choose male or female” option, since it feels very apparent that this decision was meant to appease anyone who might identify as genderless or gender-fluid.

It’s a partial committal, but what made Far Cry 4 memorable was Ajay’s interactions with Pagan Min, as did Jason’s troubles with Vaas, Citra, and Hoyt in Far Cry 3. The Deputy never really has any connection to any of the Seed siblings, least of all Joseph Seed, who would be super interesting to play as in a Far Cry spin-off game. As a fan of the series, I’ve enjoyed this game – but not on the level as I have its predecessors.

Because I’m super late on this review, I also wanted to note a bit about the DLC that’s available at this point:

Hours of Darkness is basically a Far Cry take on Full Metal Jacket, and it works decently well. There’s a lot of airstrikes, and you get to disable anti-aircraft guns and rescue your captured teammates. Pretty cool if you like the idea of more without needing an entire game, and it’s got two special difficulty modes that open once you finish the main story.

Lost on Mars is basically the closest thing to Far Cry: Blood Dragon we’re gonna get out of Far Cry 5, and it really makes me want a Far Cry in space. Nick gets abducted to help Hurk’s dumbass who’s somehow gotten himself on Mars and chopped into pieces that you scour the Martian plains to recover. It’s stupid – and awesome. This alone was worth the price of the Season Pass, not even including Far Cry 3 Remastered or the other two expansions – one of which isn’t out for a few more weeks.

Far Cry 5 was provided to us for review by Ubisoft, and was played using the PlayStation 4 Pro. You can pick up a copy on Amazon for Xbox One, PlayStation 4, and PC.

For more gaming reviews and news, check out: