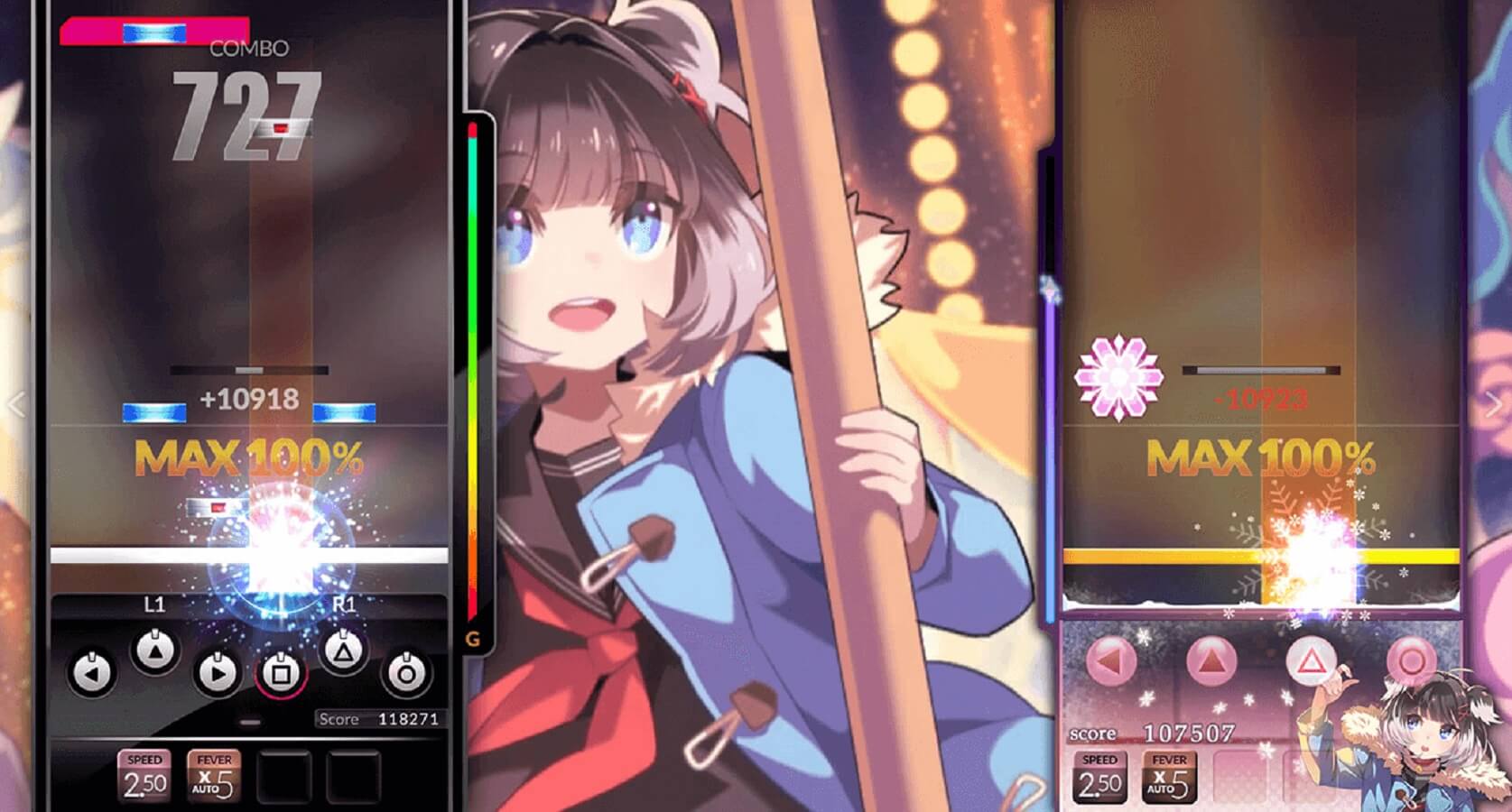 Rhythm games have been a love/hate favorite of mine for quite some time. I adored games like Harmonix’s Frequency, Amplitude, and Rock Band Blitz, but others have left me simply uninterested or completely frustrated. DJMax was apparently the quintessential PSP Rhythm game, so in the spirit of missing out on so many of the purely Japanese titles due to having low interest in the song catalog, I decided I’d take a look at DJMax Respect when the team at NEOWIZ kicked it over for review.

Needless to say, I’m really bad at this.

I’m not sure if it’s the left/right buttons as opposed to Harmonix using the three button left/middle/right layout or if I just suck at timing now that I’m getting into my mid-30s, but DJMax Respect certainly didn’t have any respect for my lack of ability. Time after time, I found myself failing songs without making it even a quarter of the way through. Maybe I shouldn’t have started out with the eight-button layout, but maybe I’m not a little bitch and like a challenge.

Jokes aside, scaling back to the four button layout did help ease some of the learning pains as I started making my way through some of the lower difficulty songs. As I spent more time with Respect, I started earning exactly that for fans of this series. This game is fucking hard. It can’t even be the Dark Souls of rhythm games because Dark Souls gets easier as you progress. This game laughs in your face as you get better and just continually crushes your soul with progressively harder challenges that I’m convinced can’t be completed without multiple players or some sort of AI to hit half the notes for you.

Speaking of multiple players, there’s a local multiplayer mode which is great for getting piss drunk and seeing which of you can fail harder faster. Aside from that, I personally don’t see any way that anyone would get enjoyment out of watching not only themselves suffer but also crushing the spirits of anyone else in the room.

DJMax Respect offers a few different single-player modes, as well. Arcade mode lets you choose three songs and you attempt to clear all three in one single go, which you probably won’t because this game hates you. Freestyle mode lets you play any unlocked song, one at a time, and this is likely where you’ll want to spend most of your time. There’s also a mission mode which will help you get acquainted with certain subsections of songs, and it’s about the closest thing to a tutorial you’ll find in DJMax Respect.

Speaking of “tutorial,” this is a game that most definitely should have included one. In most rhythm games, you’re familiar with the basic concept of hitting notes when they cross your screen – but the timing of this game is considerably different than some of the western-based ones I previously mentioned. Even Dance Dance Revolution was more forgiving than DJMax Respect was.

If you can manage to tough it out, there are a plethora of songs to mix it up in DJMax Respect. There are easily over 100 songs in this game, which is a boatload of content considering the remake of Frequency had like 25 and most of them were garbage. While I fully admit that the gameplay of DJMax Respect simply isn’t for me, there is quite a bit here to love for those who do enjoy these types of games. A lot of the music is very catchy, and while the game doesn’t tell you this, you unlock more content by simply playing the game.  Turn those speakers up and enjoy the ride.

There are also new interface options to unlock, such as different deck skins to make Respect resemble some of the older titles in the franchise. If you unlock all the songs and you still need more, there’s also DLC packs to add even more songs, which really makes this more like a DJMax collection on the console as it features songs from the older PSP games as well.

DJMax Respect is available on the PlayStation 4 and was provided to us for review by NEOWIZ.