A bit pricey, but a solid gaming solution for earbuds. 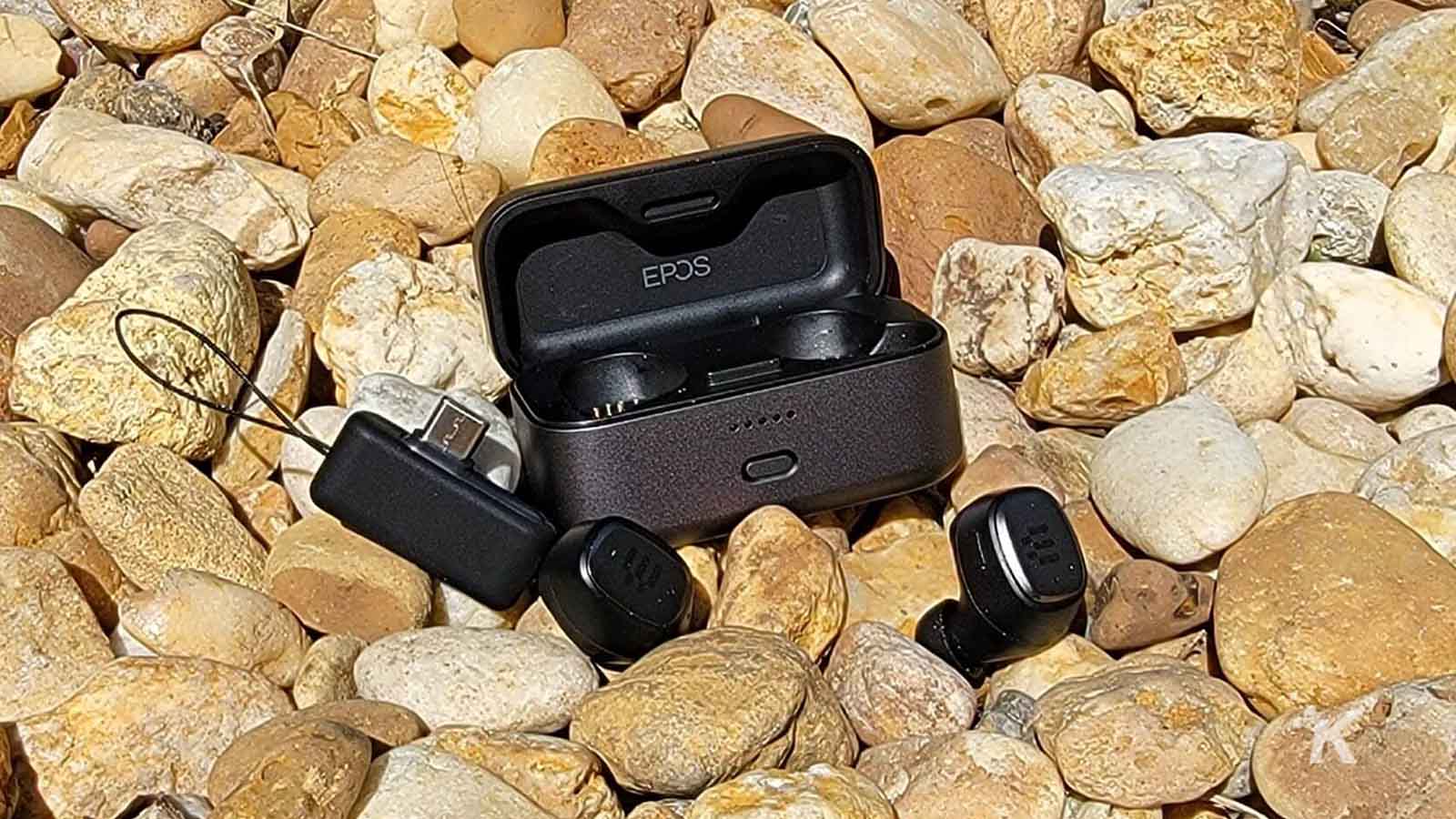 Image: Josh Knowles / KnowTechie
The Good
Easy to setup
Great audio most of the time
Fantastic mic
The Bad
When dealing with two sources (ie game audio and Discord), the audio will permanently favor one source
Battery life seems to hover under 5 hours of use
Pricier than most comparable options
8.5
Overall

There have been plenty of gaming accessories I’ve reviewed over the years, but one thing I’ve never really had the chance to try is gaming earbuds. Honestly, they have never really been on my radar, but recently, I was offered the opportunity to review some from EPOS.

In an era of high-fidelity over-the-head earphones, you’d not expect earbuds to be anything worthwhile.

In fact, when I got the earbuds to review, my initial prejudice was that they wouldn’t be much more different than any other set of earbuds I already own. Well, as EPOS has done before, these EPOS GTW 270 earbuds are pleasantly surprising.

High-quality extras, out of the box

The EPOS GTW 270 earbuds aren’t just a typical set of earbuds that just so happen to connect to Bluetooth-compatible devices. The packaging includes an adapter that allows you to use it on the Nintendo Switch or PlayStation 5. This is worth noting because unless you were planning on plugging a wired headset into a Switch, you have to have a Bluetooth adapter. I’ve owned a few because most work poorly at best. The one that comes with the EPOS GTW 270 works better than all of them.

I did really like the metal charging case. Not only do the earbuds charge quickly, but it’s also durable to boot. Unlike a lot of other earbuds, the case is what handles pairing. This means pairing is quick and easy.

As I have recently moved into a larger home with an upstairs office, I generally keep my consoles and gaming laptop in my living room. The EPOS GTW 270 can switch between my phone, Switch, PlayStation 5, and laptop without much trouble at all. Is it perfect? No, I do need to pair it each time, it seems. Is it too much trouble that I’ll swap devices instead? Definitely not.

We know that the EPOS GTW 270 is a flexible pair of earbuds with some neat features, but how does it sound? Actually, really good. I’m not 100% sure how the system works on PC, but compared to my Samsung Buds+, the EPOS GTW 270 really does a great job of separating the game audio and voice chat.

On the game consoles, the audio is crisp and clear. In the past, dongles for the Switch tend to make the Bluetooth audio a little fuzzy and clip often. With the EPOS GTW 270, it was on par with the best of the best headphones I’ve used with the Switch.

I expected solid audio from these but didn’t expect much from the mic itself. As I’ve pointed out in reviews prior, I look for mics that aren’t total dookie. In most headphones, it seems it’s always hit or miss, except for the EPOS GSP 602.

I am pleased to announce that the EPOS GTW 270 actually has a fantastic mic. Everyone I played with told me I sounded clear. More importantly, when I played on my laptop downstairs, the mic was focused on me and didn’t pick up much of the TV audio or chatter around me.

While the EPOS GTW 270 really does seem to be the ideal gaming earbud solution, it’s still important to talk about what keeps this from being a perfect solution. From my experience, the earbuds seem to last for a decent gaming session. They may not last as long as other traditional earbuds but the carrying case recharges them quickly enough.

Another drawback with the EPOS GTW 270 is that it does lack and finetuning options. A few other headphones I’ve used generally have some sort of companion app that allows you to change or boost settings. They work nicely, but I wish I could boost game audio over chat or add a little more bass.

In fact, the earbuds can quickly connect to my Windows 10 computers, but quality can be consistently inconsistent. While the audio tends to favor chat, it does seem that sometimes it won’t switch back when a chat ends. Game audio can be dulled fairly significantly. Once again, being able to change audio modes would fix this.

Overall, I liked these a lot

Yeah, the EPOS GTW 270 earbuds are a whole lot better than I expected them to be. They are comfortable, durable, and sound great coming and going. The extra dongle to connectivity with other devices is fantastic to have, and I really appreciate the general ease of use.

If you don’t mind in-ear earbuds and want a high-quality pair for gaming or just for mobile use, check the EPOS GTW 270 out. They’ll be one of my top recommendations for the foreseeable future.

The Good
Easy to setup
Great audio most of the time
Fantastic mic
The Bad
When dealing with two sources (ie game audio and Discord), the audio will permanently favor one source
Battery life seems to hover under 5 hours of use
Pricier than most comparable options
8.5
Overall
Related TopicsEarbudseposGadgetsGameTechieNewsReviews