Image: Alex Gatewood / KnowTechie
The Good
Great, clear sound even at full volume
Very comfortable after long gaming sessions
Hybrid connection via Bluetooth or 2.4GHz with easy switching between the two
The Bad
They feel a bit heavy in-ear
The price is a little high, even with recent discounts
8.1
Overall
Jump Ahead

Gaming setups typically consist of a console or computer, a solid display, and gaming accessories like controllers and headsets.

But what if you’re looking for a closed sound without a bulky headset? That’s where a nice pair of gaming earbuds come in.

Sure, you can use any old pair of earbuds with your setup. But a pair dedicated to gaming, like the EPOS GTW 270 Hybrid earbuds, will serve you much better. 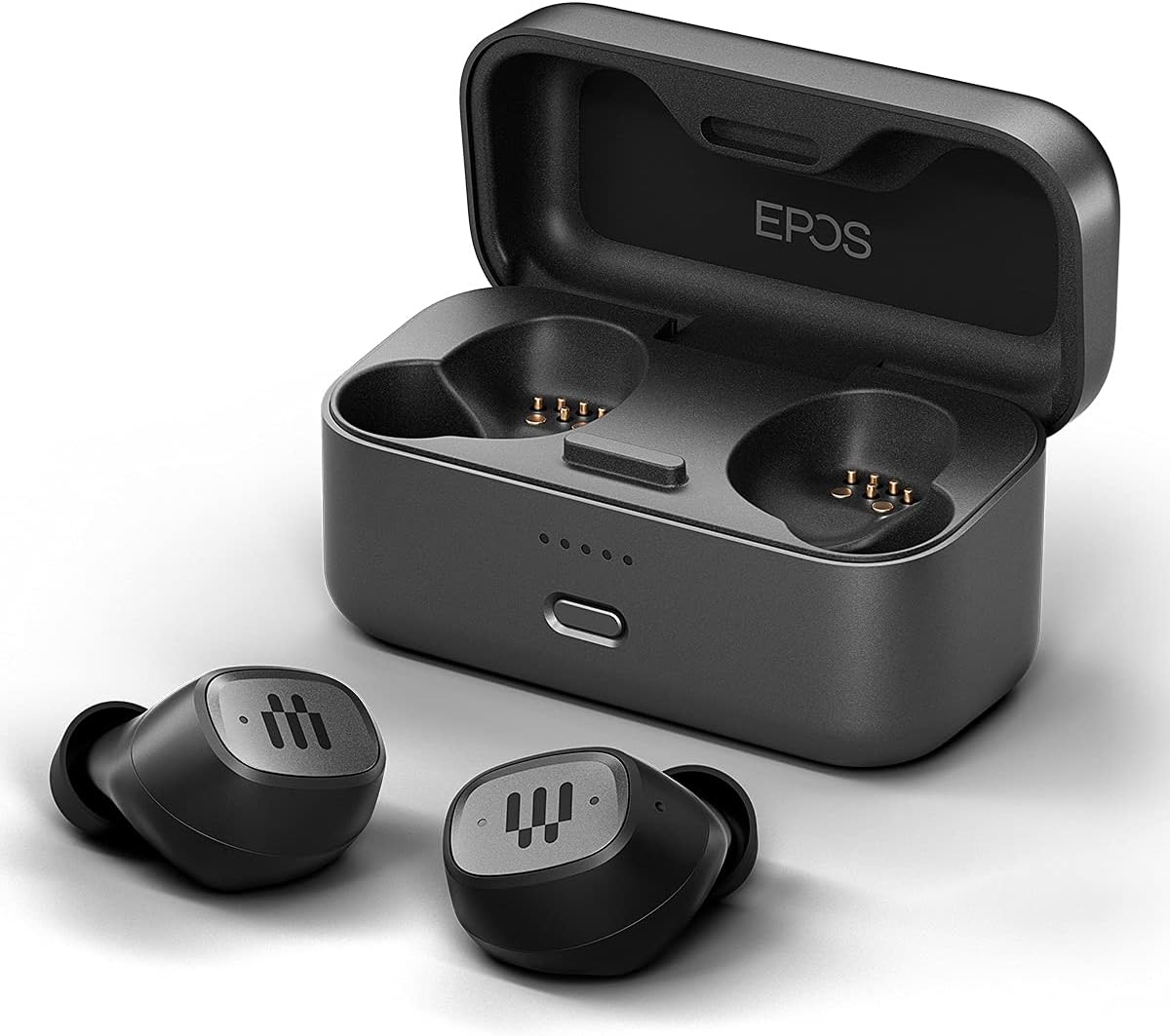 The EPOS GTW 270 Hybrid earbuds provide great sound and no lag in a comfortable set of wireless earbuds designed with gaming in mind. They have wide compatibility with Bluetooth and 2.4GHz connections, so you can listen on just about any device.

It has wide compatibility with Bluetooth or a dedicated dongle, so it’ll work with several different gaming setups.

The EPOS GTW 270 Hybrid wireless gaming earbuds are designed with gamers in mind. They provide an alternative to gaudy headsets that make up most of the gaming market.

But being able to switch to earbuds when I don’t want to deal with a headset is incredibly convenient.

And they’re not limited to just gaming, either. You can connect them to any Bluetooth-capable device and use them like any other earbuds.

For avid gamers, the GTW 270 Hybrid earbuds likely won’t replace your gaming headset. However, they can be a great alternative when you don’t want to break out a headset.

For anyone who has used a pair of true wireless earbuds in the past, the GTW 270 Hybrid will feel pretty familiar. They come in a plastic charging case with magnetic ports to keep them charged.

They also resemble many true wireless earbuds, with rubber tips and a larger body that helps with passive noise canceling.

EPOS didn’t go for the AirPod style with the stem coming down but a more in-ear approach.

You can flip the earbuds out of their case after charging and hook them up to a device using Bluetooth. The pairing process is similar to other earbuds.

You just hold the button on the case for a few seconds and wait for the lights to start flashing. Find them on your device, and you’re ready to go.

And then there’s the dedicated 2.4GHz dongle for connecting to other devices, like your PC. That process is even easier, with the earbuds connecting automatically as soon as you plug the dongle in.

The Hybrid in the earbuds’ name means that you can be connected to two devices simultaneously via Bluetooth and 2.4GHz. However, the earbuds won’t let you listen to both devices at the same time.

You can’t play sound on one device while it’s playing on the other. Instead, you have to use the button on the left earbud to switch between the two.

It would have been nice to be able to play sound from both devices at the same time, like you can with the EPOS H3Pro Hybrid headset.

So on to the things I like about the GTW 270 Hybrid wireless gaming earbuds. First things first, the sound on the earbuds is great.

The earbuds are tuned for game sound, offering crisp, clear sound. But they’re not limited to gaming, as the bass sounds pretty good when listening to music.

The sound still doesn’t compete with a premium gaming headset. But it is surprisingly loud and clear for a pair of earbuds.

And on that same note, there was little to no lag when playing games on my PC. I used the 2.4GHz connection for gaming and found it works just as well as any wireless gaming headset I’ve used.

Sound does sound a bit better using the 2.4GHz connection. Bluetooth sound is still loud and clear, but the dedicated dongle offers a little more power and volume at the top.

Maybe even more importantly, they’re comfortable. It’s not uncommon for earbuds to cause irritation after long use, but that’s not the case with the GTW 270 Hybrids.

Like many other wireless earbuds, they come with a few different sizes of silicon tips that you can switch in and out to find the right size.

I found the tips that came on the earbuds fit me perfectly. But there are plenty of options to choose from.

The GTW 270 Hybrid earbuds are a success in terms of overall performance.

Even the five-hour battery estimate was pretty accurate, and that’s a solid amount of time on a single charge for some gaming earbuds.

What could improve on the GTW 270 Hybrid earbuds

These aren’t the worst issues in the world, but they’re worth considering when looking for a pair of wireless gaming earbuds.

There are plenty of gaming earbuds on the market. If the EPOS GTW 270 Hybrid wireless gaming earbuds don’t sound right, check out some of the options below.

Those are just a few of the alternative options available on the market today. Check out some user reviews to see which options fit you best.

If you’re looking for a pair of dedicated wireless gaming earbuds, the EPOS GTW 270 Hybrid is a solid option.

You’ll be thankful for their great sound and comfort during long gaming sessions. And their versatility with Bluetooth and 2.4GHz connections make them a great option for many devices and gaming consoles.

I particularly enjoyed using these earbuds with my Steam Deck. They connect easily via Bluetooth and let me listen to my games peacefully without disturbing anyone around me.

With very little lag and a simple connection, they’re a great option for anyone looking for an alternative to a bulky gaming headset. But, they aren’t perfect.

They don’t have a mic or touch controls and feel much heavier than most earbuds. So if those are big turn-offs for you, you might consider a different option.

Editor’s Note: EPOS tells KnowTechie GTWs does have a mic, and a firmware update earlier this year added mic support via a dongle connection

Pricing and where to find them

You can find the EPOS GTW 270 Hybrid earbuds on Amazon for $149.99 or at Best Buy for the same price. They’re also available on the company’s website. 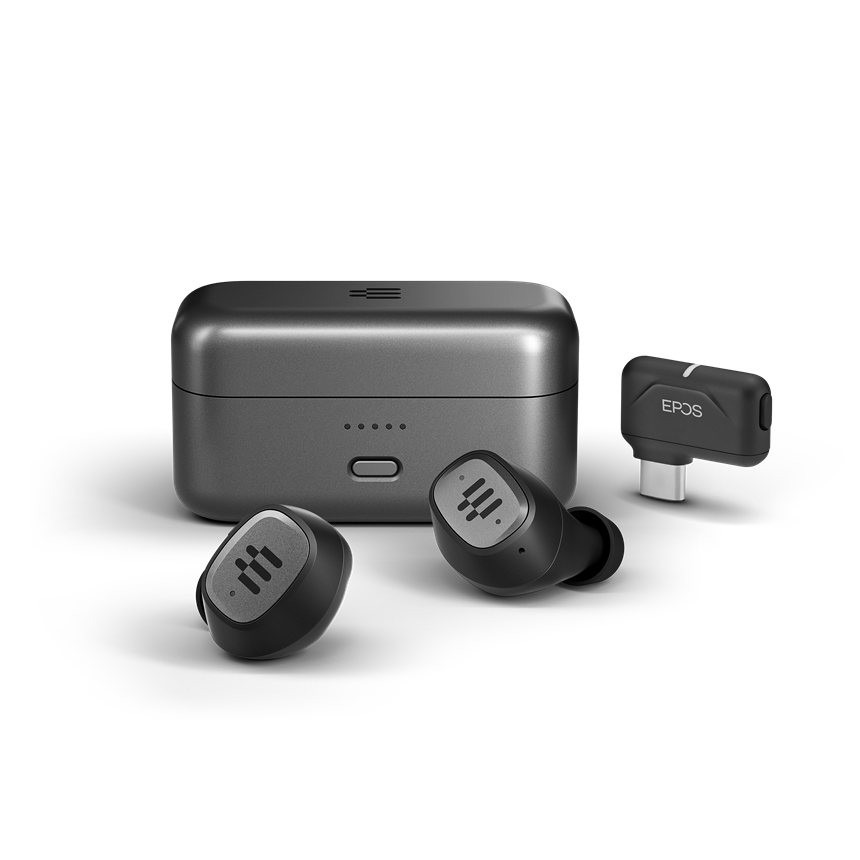 If you’re looking for a pair of dedicated wireless gaming earbuds, the EPOS GTW 270 Hybrid is a solid option.

See at EPOS
See at Amazon
See at Best Buy

The Good
Great, clear sound even at full volume
Very comfortable after long gaming sessions
Hybrid connection via Bluetooth or 2.4GHz with easy switching between the two
The Bad
They feel a bit heavy in-ear
The price is a little high, even with recent discounts
8.1
Overall
Related TopicsGadgetsGameTechieNewsReviewswireless earbuds