No Google Play Store is a bold move. 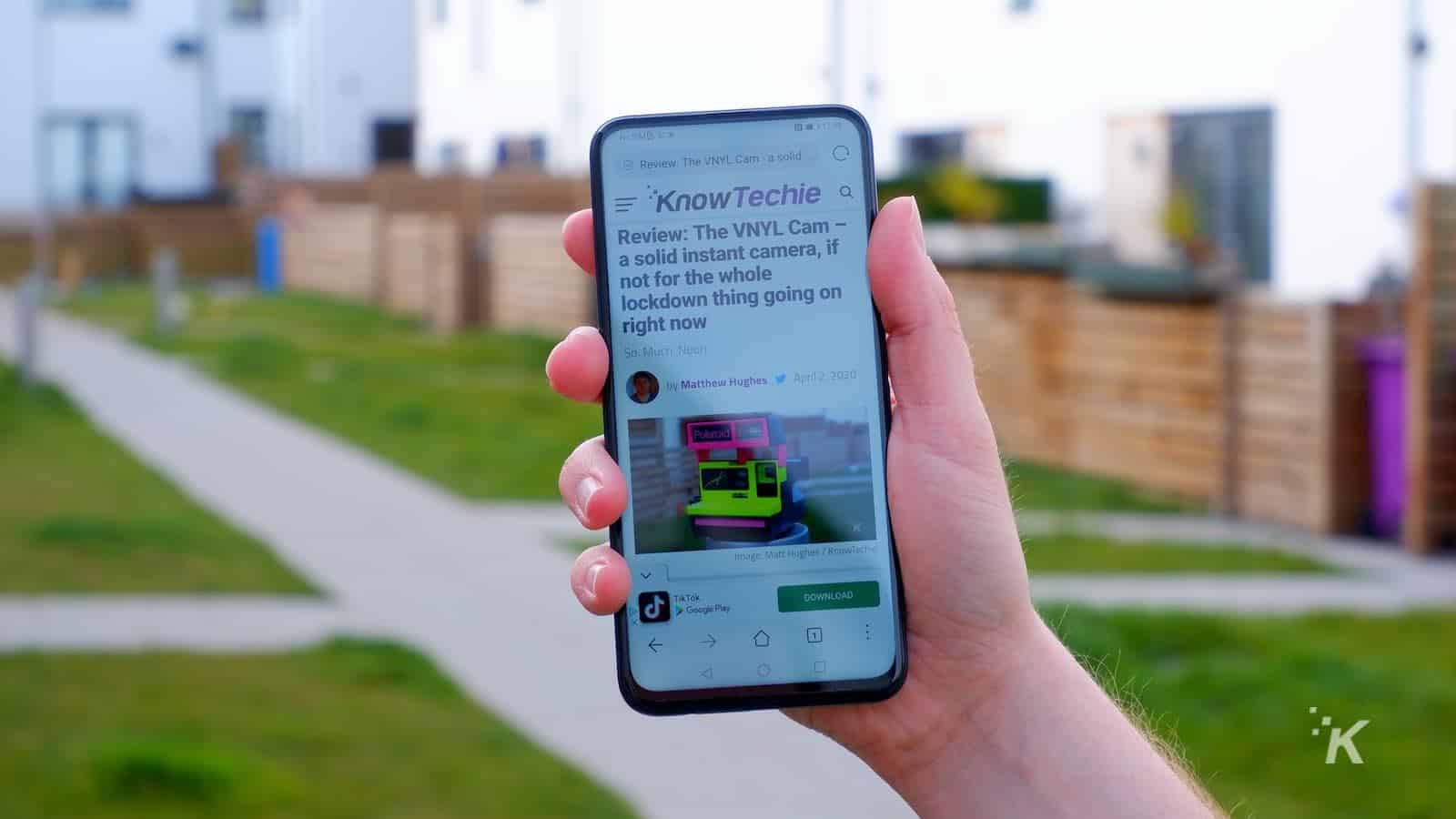 The $200-$400 bracket of the smartphone is hugely competitive. Traditionally, one vendor that’s performed strongly in this area is Honor — a youth-focused sub-brand of Chinese tech conglomerate Huawei. But last year, things got complicated. Suddenly, its parent company found itself unable to license US-made tech, including Google Mobile Services (GMS), thus preventing it from selling phones with the Play Store pre-installed.

Enter the Honor 9X Pro. This is the first phone from Honor to ship without the mainstream Android App Store, with users pushed towards Huawei’s AppGallery and other third-party bazaars, including the Amazon AppStore.

Will that lack of Google Play doom the Honor 9X Pro, which is an otherwise a handsome bit of kit? I guess you’ll have to read on to find out, won’t you? 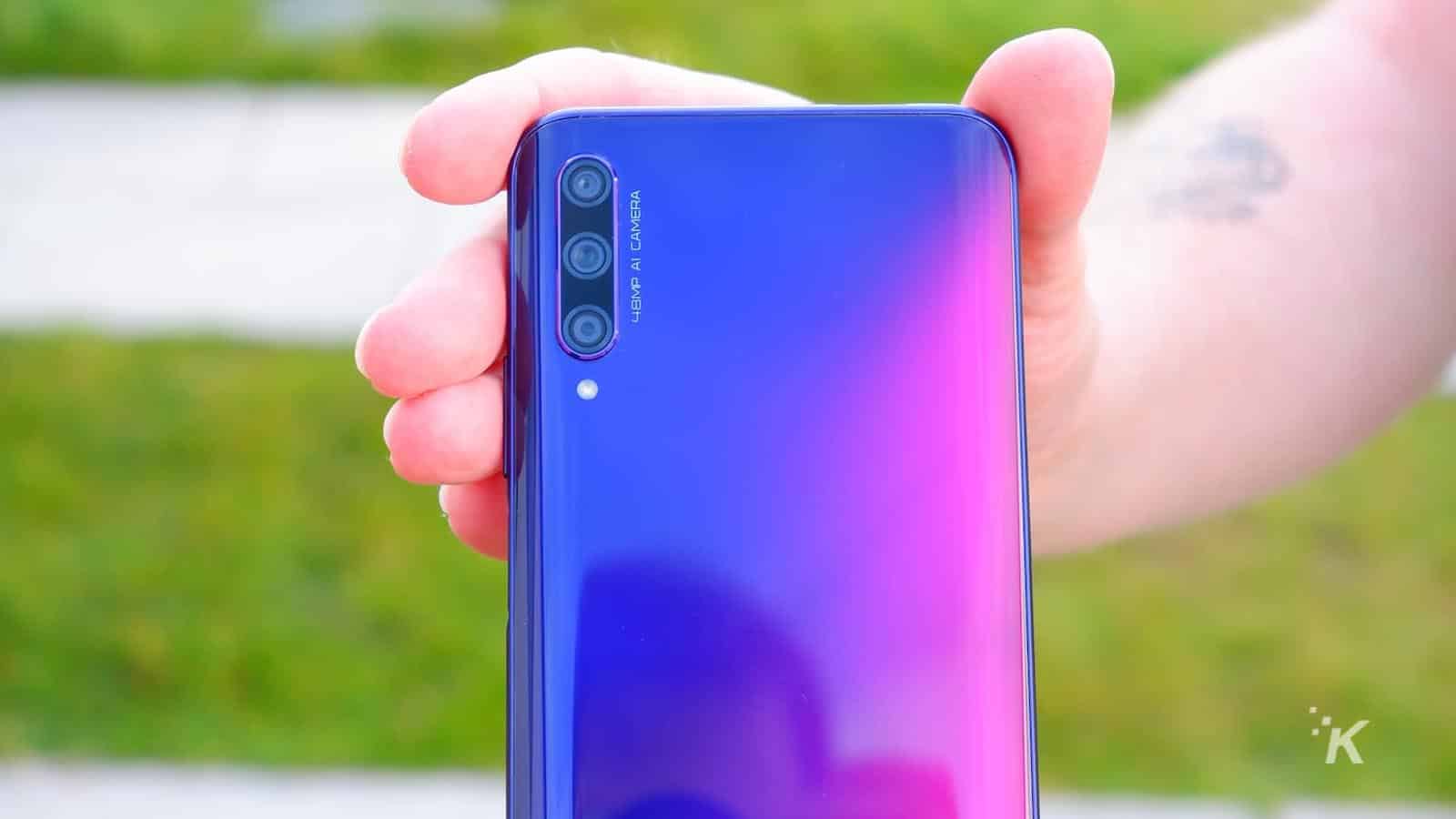 As the name implies, the Honor 9X Pro is an upgraded version of the Honor 9X, released across Europe last October. On the hardware side, the biggest change is the inclusion of Huawei’s more potent HiSilicon Kirin 810 platform.

The Kirin 810 is broadly comparable with the Snapdragon 730, in terms of benchmarks and specs. It uses a 7nm process, giving the phone a significant boost in terms of CPU and battery performance. It also includes an upgraded Mali-G52 GPU, as well as Huawei’s Da Vinci NPU (Neural Processing Unit), which accelerates AI-driven tasks.

The latter is important, because the Honor 9X Pro uses Huawei’s Master Vision camera technology to improve performance. It accomplishes this by making automatic adjustments based on the overall conditions, as well as the subject being photographed.

The device available in the West comes with 256GB storage, which is quite generous. It’s not uncommon to see similarly-priced phones ship with just a quarter of that.

On the RAM front, there’s 6GB, which is decent, although I wish Honor was a bit more liberal here. The switch from the Kirin 710 to the Kirin 810 allows for a maximum total of 8GB RAM, and those extra two gigabytes would have made it easier to distinguish between this effort and its predecessor.

One theme that is common across devices from both Honor and Huawei is the focus on photography. Perhaps the best example of this focus was the Honor View20, released early last year, which was one of the first devices to pack a 48MP rear primary sensor and a hole-punch selfie camera.

The biggest difference between the View20 and the Honor 9X Pro is arguably how these devices are positioned. The latter was a flagship, while the former is an incremental upgrade on a pocket-friendly midrange phone.

Despite that, the 9X Pro has a few tricks up its sleeve. It includes a motorized pop-up selfie camera, which conceals a 16MP shooter.

There’s also a pretty competent triple-camera setup on the back. The primary shooter is a 48MP affair, accompanied by an 8MP ultra-wide and a 2MP depth sensor. In my experience, it produced realistic images, with decent bokeh and color fidelity. 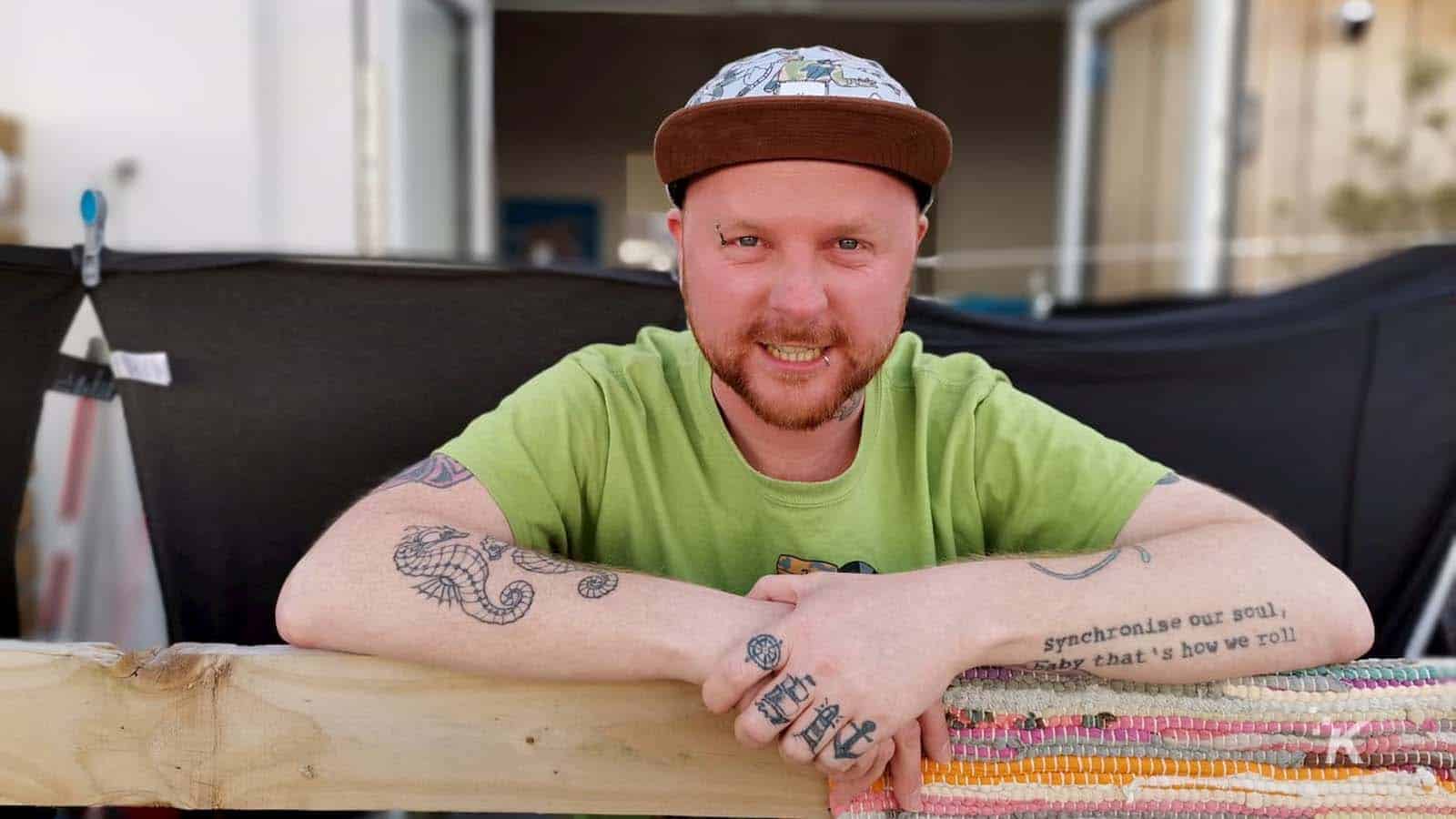 The above sample is of KnowTechie’s own Ste Knight, shot from a socially-distant safe space. Channeling my inner Austin Powers, I asked him to growl for me.

The Honor 9X Pro has a lovely glass back, unlike the bog-standard 9X, which uses a cheaper polymer material. There’s also the traditional Honor reflective flair. When the light hits the device in a certain way, the materials shine to produce an ‘X’ symbol. It looks pretty stunning, but it’s also really difficult to photograph, so you’ll just have to take my word.

At the bottom, there’s a solitary speaker, which is awkwardly located and easily muffled. Next to that is a USB-C jack and a 3.5mm headphone port. 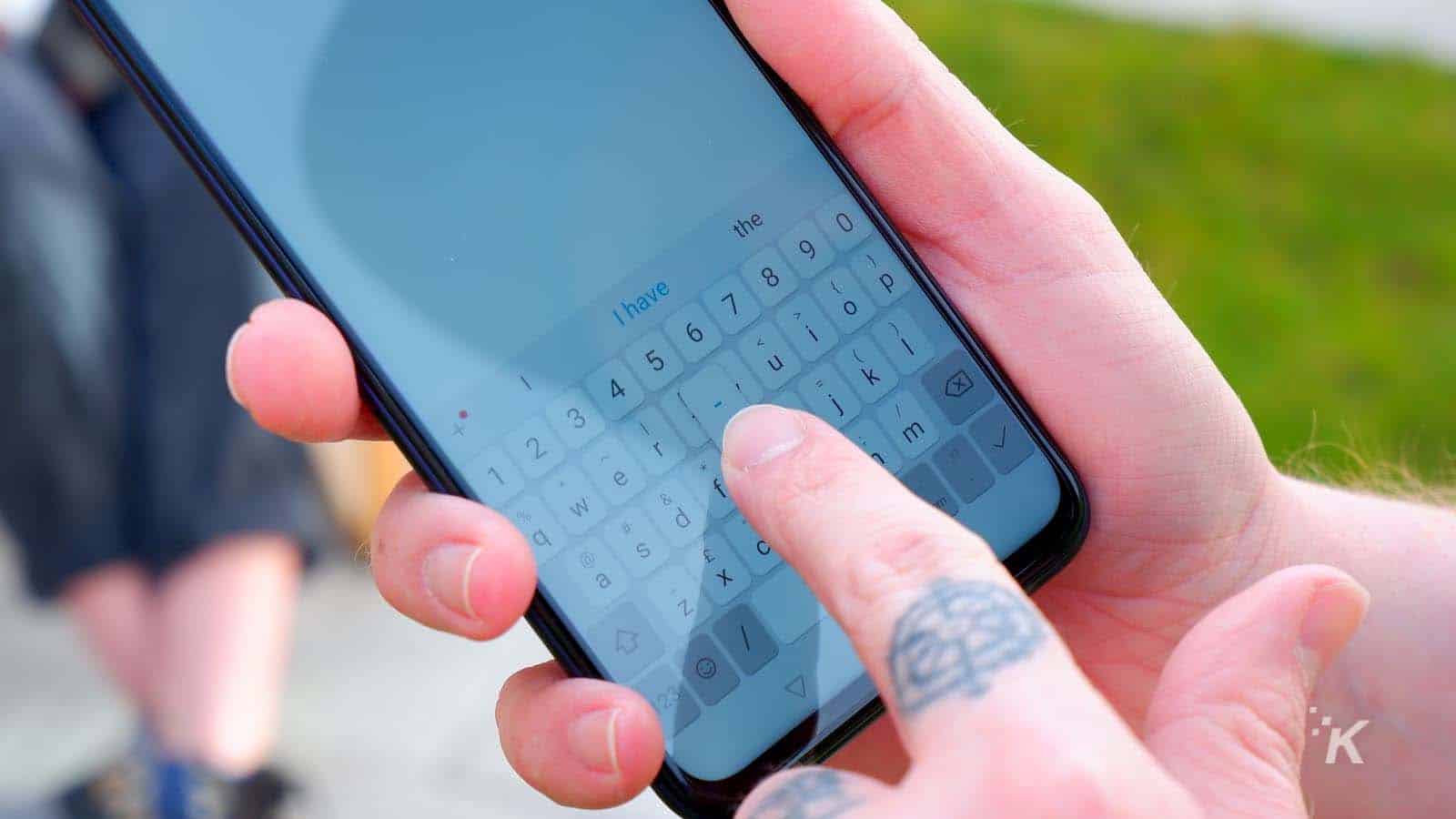 For the display, Honor has chosen to use the same 6.6-inch FHD+ panel as last year’s Honor 9X. I’m not complaining, mind you. It’s bright and easily readable, and competent color performance. And with no in-screen selfie camera and tiny bezels, it takes up most of the screen.

As mentioned, the Honor 9X Pro doesn’t come with Google Play — or any other Google apps, for that matter. It comes with Android 10 with Huawei’s EMUI 10 skin.

To download software, users get the Huawei AppGallery, which is a barren, lonely experience compared to the abundance of the Google Play Store. Essentials, like most banking apps, as well as Facebook, Messenger, and WhatsApp are nowhere to be seen.

Huawei, to its credit, is investing heavily in its app ecosystem, with $1 billion earmarked for the AppGallery. It also claims to have 3,000 software engineers working on the platform, and is desperately trying to incentivize developers to come on board.

So far, those efforts are starting to bear fruit. The AppGallery is home to the likes of Snapchat, Amazon Shopping, and various Microsoft apps. But there’s still a long way to go before it becomes a viable alternative to Google Play.

The Honor 9X Pro is a relatively minor upgrade to its predecessor, which was an already-decent phone. Performance is solid and the camera is one of the best in its price point. But one can’t avoid the inconvenience of being without the Play Store.

Ultimately, the worth of this phone will fluctuate depending on how effective Huawei is at getting more developers to sign on to the AppGallery. Which puts me, as a journalist trying to evaluate this device, in an awkward place.

If you’re prepared to take that risk, you can easily buy it online from the usual places, including Honor’s own online store. But if you want to wait it out, there are no shortage of worthy rivals from the like of Nokia, Xiaomi, Samsung, and Realme.