Review: Muse Dash – a bubblegum rhythm game, for better and for worse 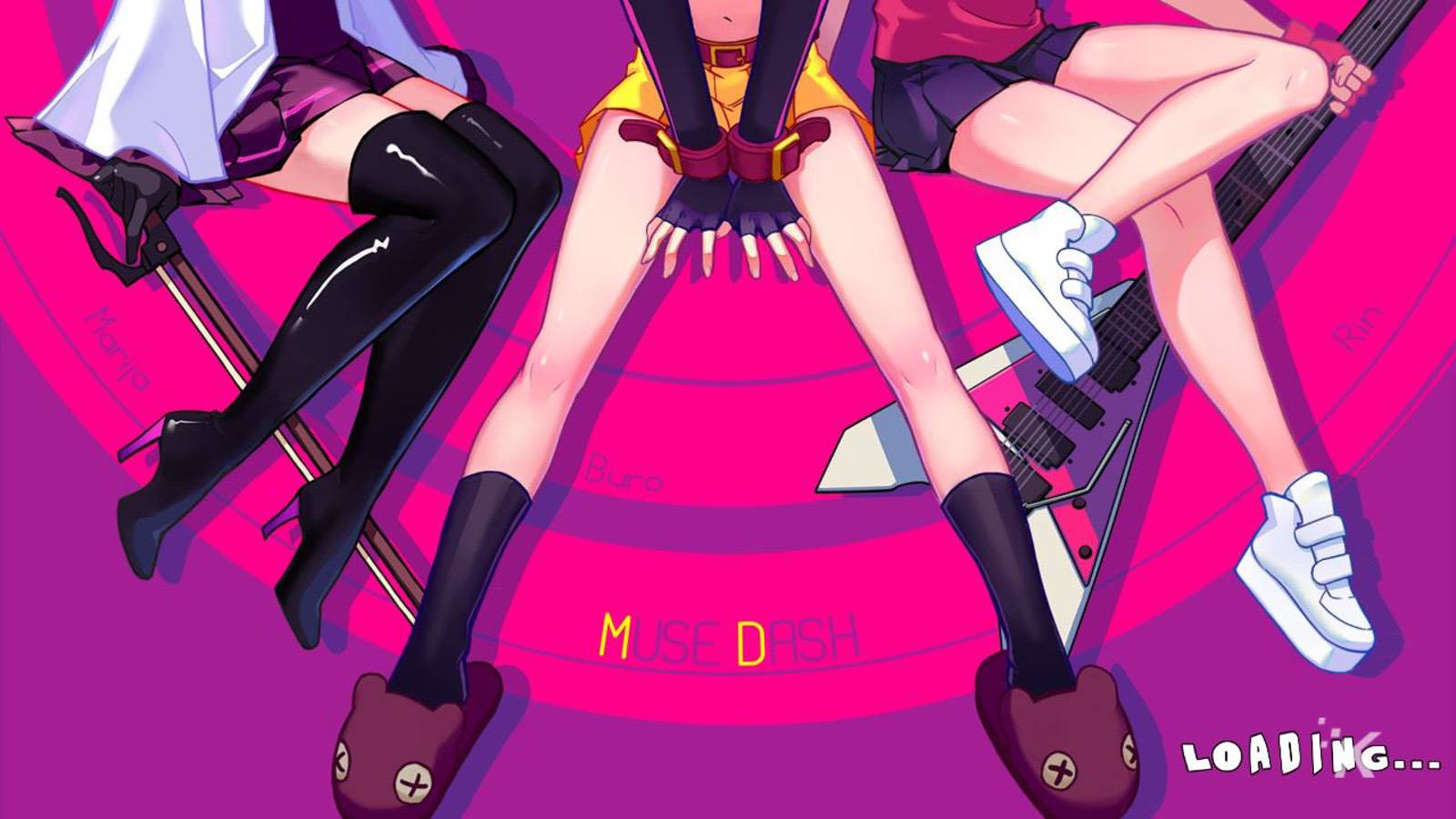 Muse Dash is the game that answers the question, “What if Dance Dance Revolution was played with two buttons and was also a thirsty, anime sidescroller?” I don’t know that anyone was asking that question, but here we are nonetheless.

When you first start playing Muse Dash, the tutorial comes at you quickly and furiously.

There are two buttons: one for the right hand and one for the left. Press the buttons in time with the music, with the right button hitting things on the ground and the left one launching you upwards to hit things in the air. Hold the correct button when a star with a color trail shows up and release when the trail ends. Press both buttons to hit enemies that are linked from ground to air.

That’s the entire game. Each level is a song, each song has three difficulties of increasingly complex button patterns to master. Play songs to level up, level up to unlock new songs, characters, and ability-granting familiars. That is honestly all there is to this game.

Muse Dash is incredibly loud in its presentation

From the visuals to the music itself, I can only describe the game as “every song sounds like it could be the title track to an anime.” The game is just explosive bombast at every turn and it is a lot. I first played in the wee hours of the night and it felt like someone had slapped me awake and forcefully funneled Red Bull into my mouth.

Years and years of Guitar Hero, Rock Band, Dance Dance Revolution, and actual instruments prepared me well for this game; all of it came incredibly naturally to me, which speaks well of its mechanical design, I think. The beats are where you think they should be and the songs are all incredibly intuitive, which can honestly make or break a music game. 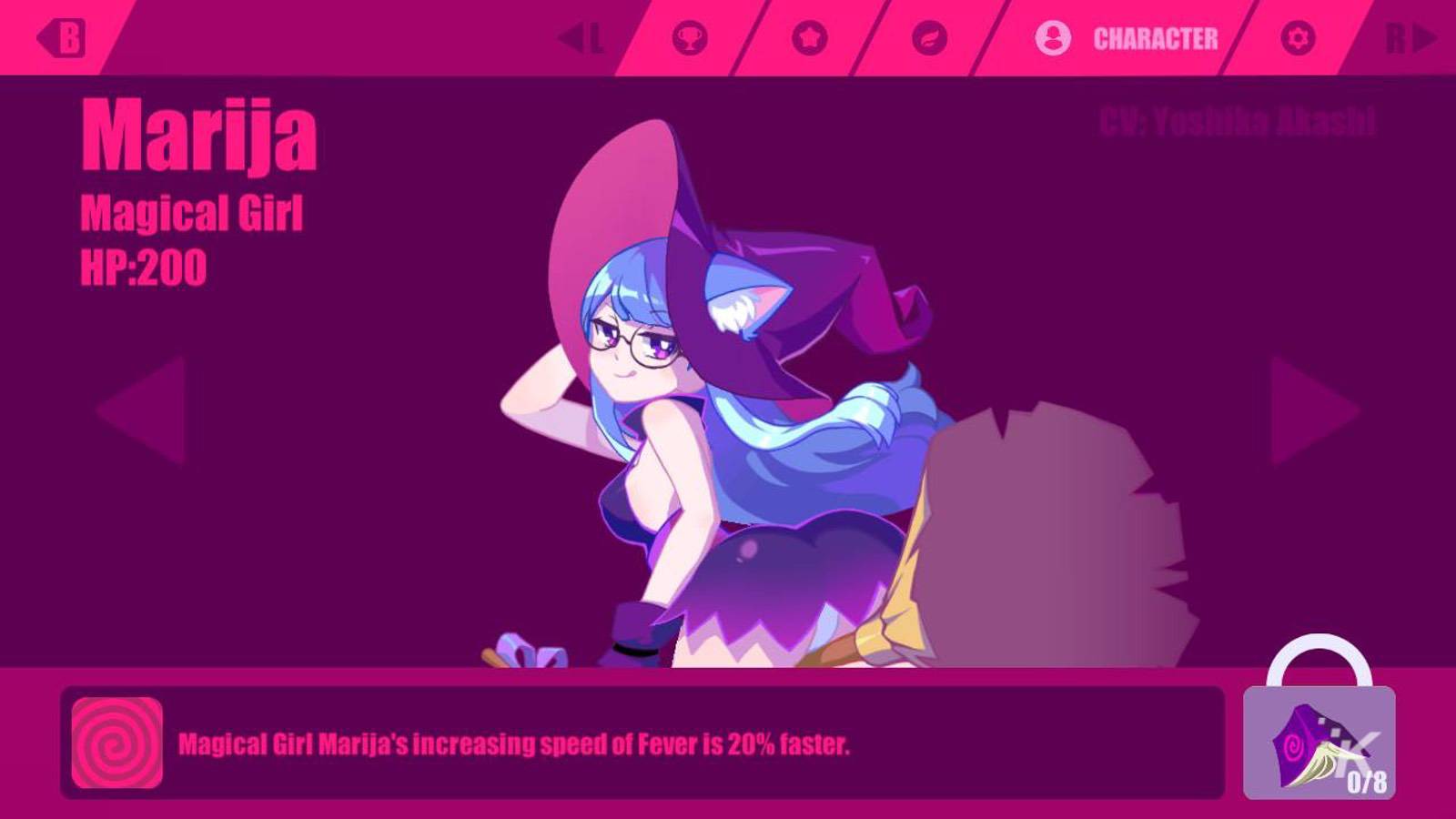 These aren’t stills, by the way. They’re fully animated. Yep, that’s a giant, bouncing, anime butt showing off an upskirt panty shot with a strategically placed magical broom between her legs. God, I can’t fucking believe I had to type that for you.

If that doesn’t make you uncomfortable, at least recognize that the translations are pretty bad. “Magical Girl Marija’s increasing speed of Fever is 20% faster?” I played a not-insignificant amount of this game and I honestly have no idea what the fuck that means. This is fairly consistently bad throughout the game.

But really, Muse Dash is fairly singleminded: hit buttons in time to some music 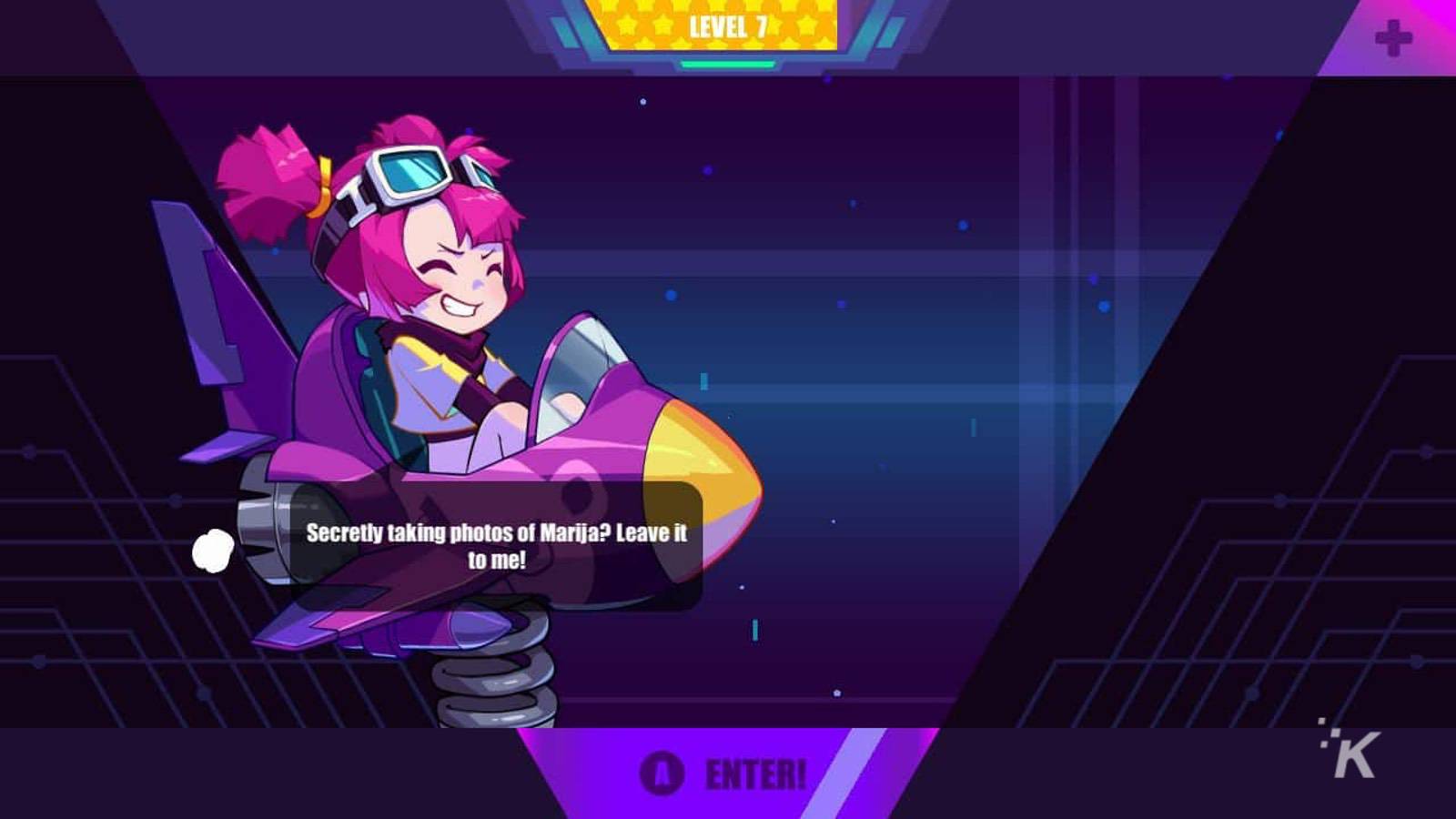 And that purpose is one that’s fully realized if I’m being honest. There are tons of songs to hit buttons to and the button-hitting is responsive, satisfying, and engaging. If all you want to do is hit buttons to incredibly energetic Japanese pop music and you either like or simply don’t mind hyper-sexualized anime girls, Muse Dash has got you covered. There’s just absolutely nothing else to chew on here.

I would recommend Muse Dash only to thirsty weebs who need to get their rhythm game fix in between DDR sessions in Ikebukuro.

Jake reviewed Muse Dash on the Nintendo Switch (also available on Steam) with a review code from the developers. It is available now.