Review Roundup: Samsung Galaxy Note 10 – is this the best Note ever?

The latest Android handset from Samsung, the Galaxy Note 10 is finally here and reviews are coming in. This year, the bezels are almost gone, and so is the headphone jack, ending the era of the Note being the last bastion of analog headphones.

Is the latest also the greatest? Let’s have a look and see what the critics are saying:

Where are the bezels?

Samsung really has pushed the OLED screen as far as it can really go with the Note 10, with almost edge-to-edge-to-edge coverage. The company had to take some shortcuts with that though, like removing the headphone jack and putting the selfie cam in a through-screen hole at the center of the top edge. Gizmodo calls it the “biggest, most glorious display you can get right now” and who are we to argue with that?

The only problem with the screen? It doesn’t have the higher refresh rate panels that Samsung made for OnePlus and others… Without it, it’s still textbook perfect, just it could have been magical.

What about Samsung’s new camera arrangement?

iFixit has the goods here, explaining the new “Samsung’s DepthVision time-of-flight sensor—exclusive to the largest Note10—uses an infrared illuminator and VGA camera to quickly and accurately measure distance.” Many of the new tricks the Note 10 has over the Note 9 are enabled by that new sensor, like Live focus, AR effects, and that sweet 3D object scanning.

That said, Tom’s Guide found that it’s still lagging behind the single-camera Pixel 3, so while it has some fun tricks, the overall image quality isn’t up to the standard it should be. For most people that probably won’t matter, Samsung’s camera processing is often good enough, but they could be better. This has been my gripe with the Galaxy range for years, fantastic hardware with substandard software, especially with the odd post-processing decisions that Samsung’s engineers have taken.

Any other notable parts? 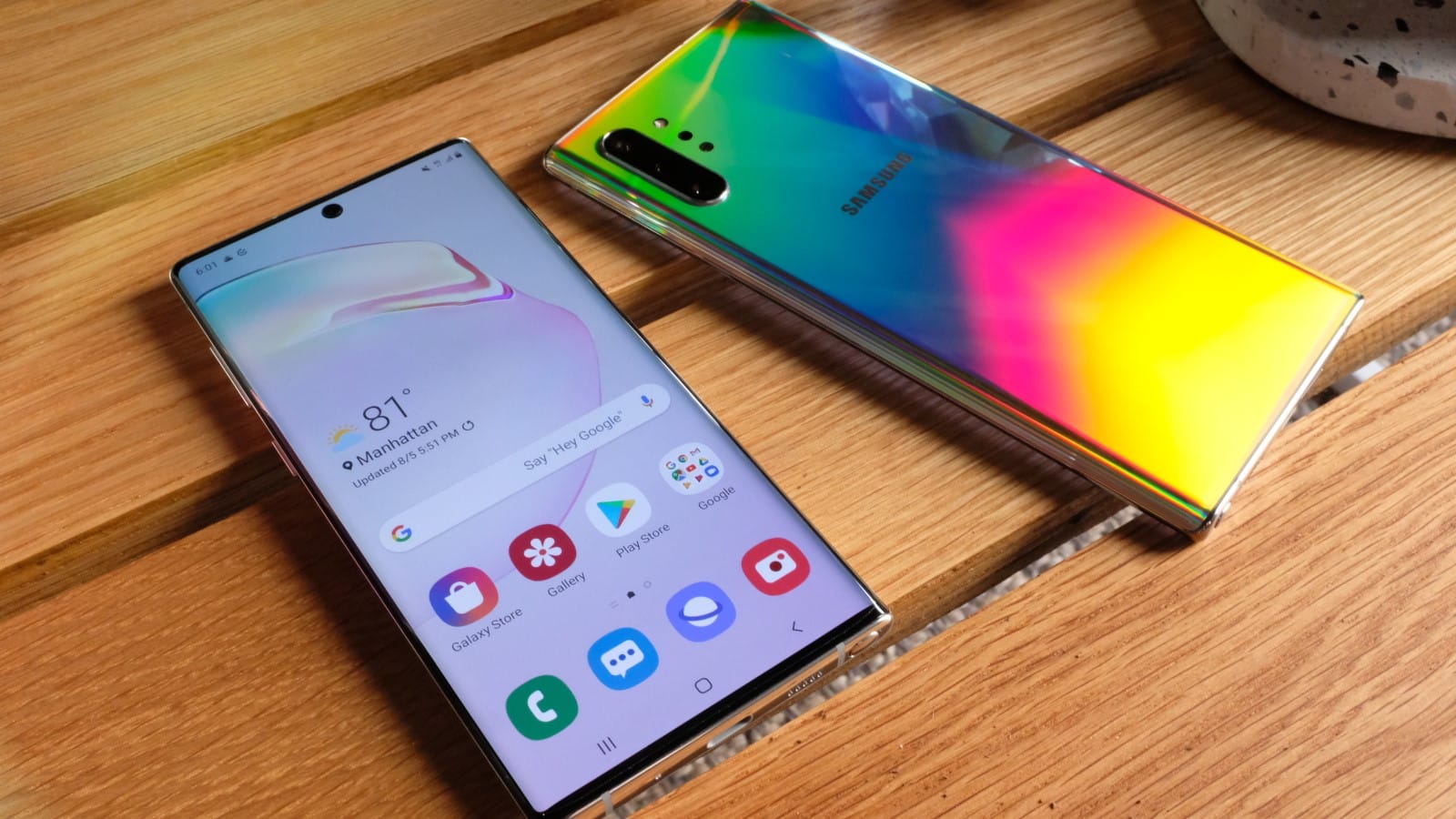 Look, it’s a Galaxy Note. That means the S Pen, and that means some nifty features. The S Pen is really the standout part of the Note range, as The Verge says: “It probably seems weird to the uninitiated, but Note people know: using a stylus on your phone is great.” There’s no end of big, good phones, like the OnePlus 7 Pro, or the iPhone XS Max, but it really is the S Pen that makes the Note worth the expense.

It’s not just a stylus anymore though, with this year bringing Bluetooth to the S Pen so you can use it to control the camera. You can also use it to doodle in 3D space, using the camera and some of the AR tricks Samsung has created.

So should I buy one?

Do you want the best Android phone on the market right now? Depending on your preferences, that’s either the Pixel 3, the Samsung Galaxy S10, the Huawei P30 Pro or the Galaxy Note 10. If you absolutely love phablets, and can’t live without a stylus, the Note 10 is the best by a country mile. The only thing stopping you is the extra couple hundred bucks for the S Pen.

What do you think? Interested in the Samsung Galaxy Note 10? Let us know down below in the comments or carry the discussion over to our Twitter or Facebook.