Please forgive all of the jokes in this review. 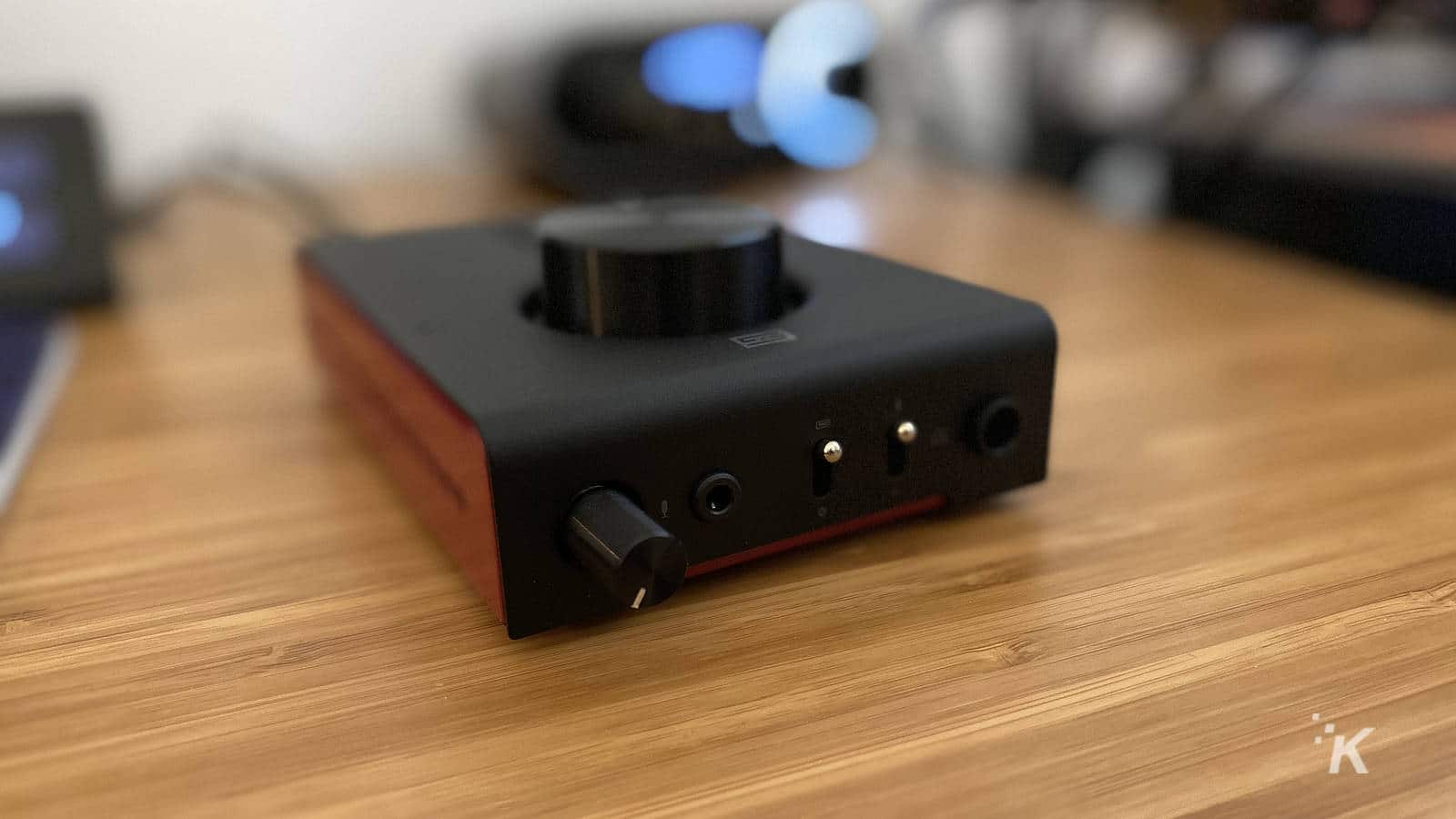 Image: Joe Rice-Jones / KnowTechie
The Good
Hel-la clean audio
It's got a knob on it
Preamps for powered speaker use
Analog gain for its quality mic input
Hefty
The Bad
No surround-sound software, but you don't want that anyway (trust us)
9.1
Overall

Any regular reader knows that we’re suckers for amusingly named devices. Usually, they’re unintentional artifacts of translations gone wrong but every so often, it’s done on purpose. Enter Schiit Audio, with a name that just begs for jokes.

The thing is, it’s really hard to make jokes about the company unless they’re made with one’s tongue firmly in cheek. See, since its inception in 2010, the company has been all about innovative, cheap audio Schiit that sounds anything but. Oh, and everything is designed and built in the USA, unlike many of their peers.

We’re looking at the $189 Schiit Hel today, a combo DAC/AMP that’s aimed like a bat out of hell at the gamer market. It’s got subdued gamer aesthetics with a black and deep red color scheme, some red glow to show you that it’s turned on and ready to party, and a trick that most quality headphone amps eschew – a mic input.

That makes it perfect to go toe-to-toe with the likes of Astro or Sennheiser Gaming, but stylish enough that you could use it in the office as well. Let’s figure out what the Hel we’re talking about in the full review.

So, what the Hel is it all about? 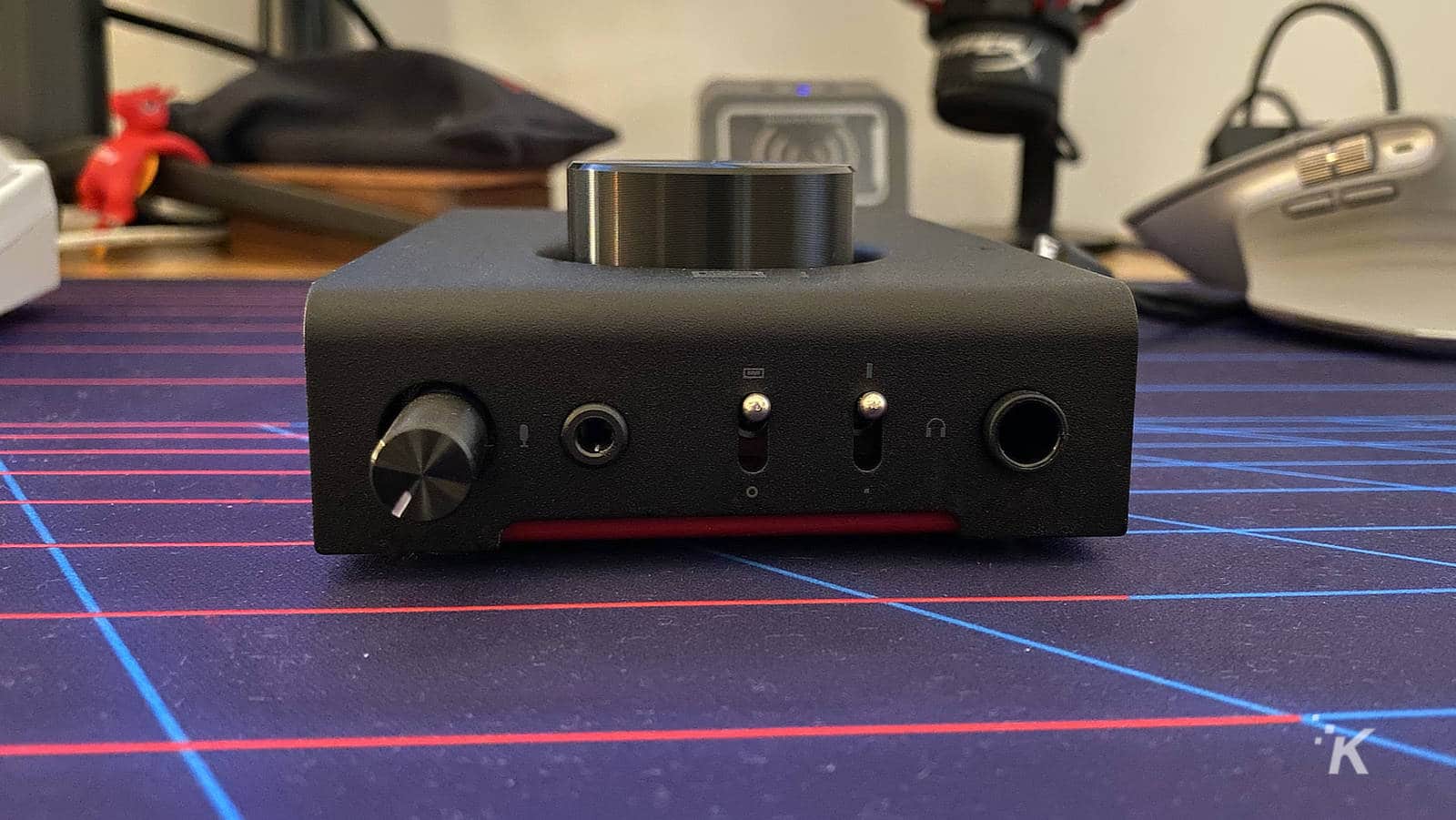 Okay, listen up. By now, you probably know that external audio solutions are superior to internal ones. That’s because by moving them out of your electromagnetic interference-filled computer case, you reduce the noise added to your signal.

The Hel is a combo DAC/AMP, which means it takes a digital signal from your computer, converts it to analog, then amplifies that to ear-piercing levels. It’s able to do so while keeping your audio signal clean, and without distortion as you get towards the higher reaches of its max amplification.

It’s got one microUSB for the audio signal from your computer, and one more microUSB for power. There’s also preamp outputs on the back, in case you want to use it as a volume control for any powered speakers you might have on your desk. Just remember that the preamp outputs are muted if you have headphones plugged in. The last socket on the back is an analog input jack, just in case you want to use anything other than your computer as an audio source. 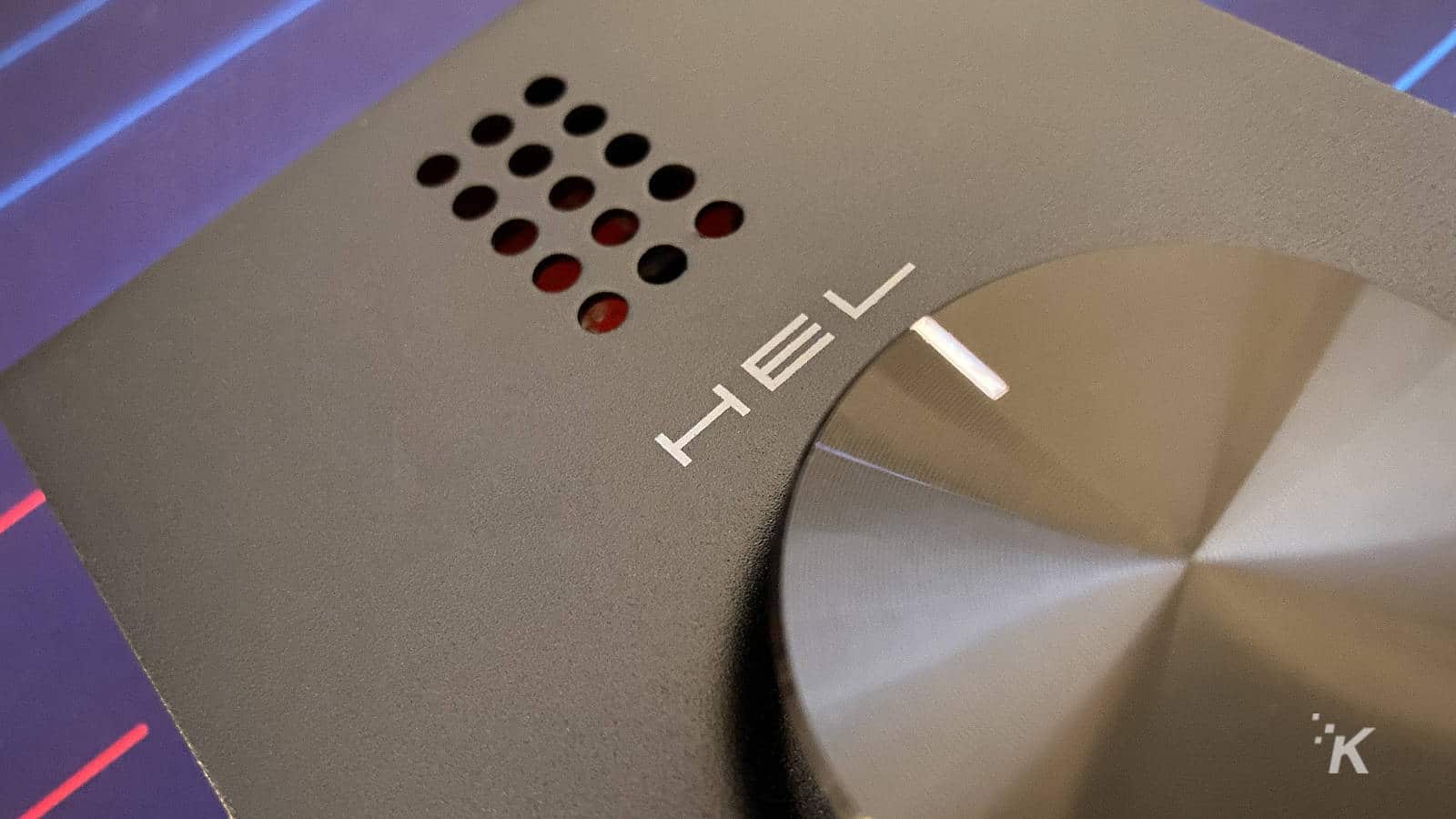 Oh, and it’s got a huge knob on it. We like that. We like that a lot. I mean, wouldn’t anyone? It’s also got a knob on the front, albeit of the smaller variety. See, the Hel does one thing that most DAC/AMP combos don’t. It’s got an analog mic input, and that tiny knob is the gain. It’s as unwanted-noise-free as the headphone output unless that unwanted noise is your housemates as there’s no noise-canceling wizardry here.

There are toggles on the front for Hi/Lo gain and to switch between USB or analog inputs, and another toggle on the back for power on/off. All in all, it’s a super-compact unit that is surprisingly heavy.

So, how does it sound? 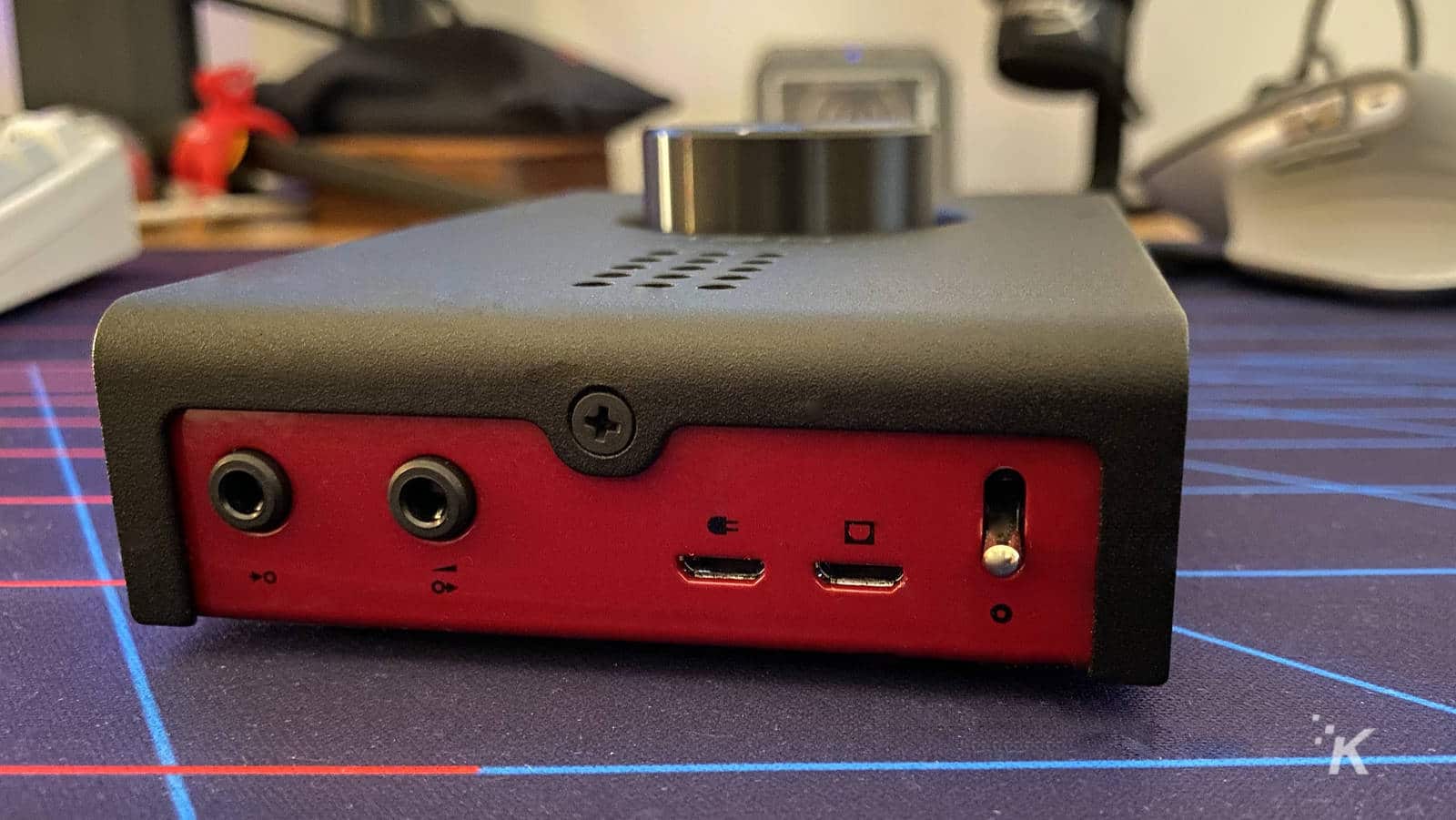 In two words: Hel-la good. It’s perhaps fitting that the Hel has some heft to it due to the enclosure, as the sound coming out of it can only be described in adjectives such as heavy, hefty, and voluminous. In short, it’s got the power you need for almost any headphone, from lower resistance gaming cans to finicky planars.

Even the high gain mode is just as clean, whereas often when combo units throw power at higher impedance headphones, they start to distort. High marks to Schiit for keeping their shit clean, when the competition would be left sounding dirty.

The mic input is fantastic, a clear improvement from the usually shite mic input on your motherboard’s mic input. No more having to fiddle with Windows level settings or dB boosts, neither of which have ever worked right for me.

If you’re looking to up your computer’s audio game, and absolutely need a mic input – the Schiit Hel is straight fire. For $189 you get one of the cleanest DAC/AMP combo units I’ve ever used and one of the best mic inputs to boot. Oh, and it’s gamery enough with that sweet red and black paint job without being full of RGB.

If all you’ve used to date are gaming amps that use surround sound trickery to sound better, you’re in for a treat.

The Good
Hel-la clean audio
It's got a knob on it
Preamps for powered speaker use
Analog gain for its quality mic input
Hefty
The Bad
No surround-sound software, but you don't want that anyway (trust us)
9.1
Overall
Related TopicsAudioGameTechieheadphoneshelNewsReviewsshiit